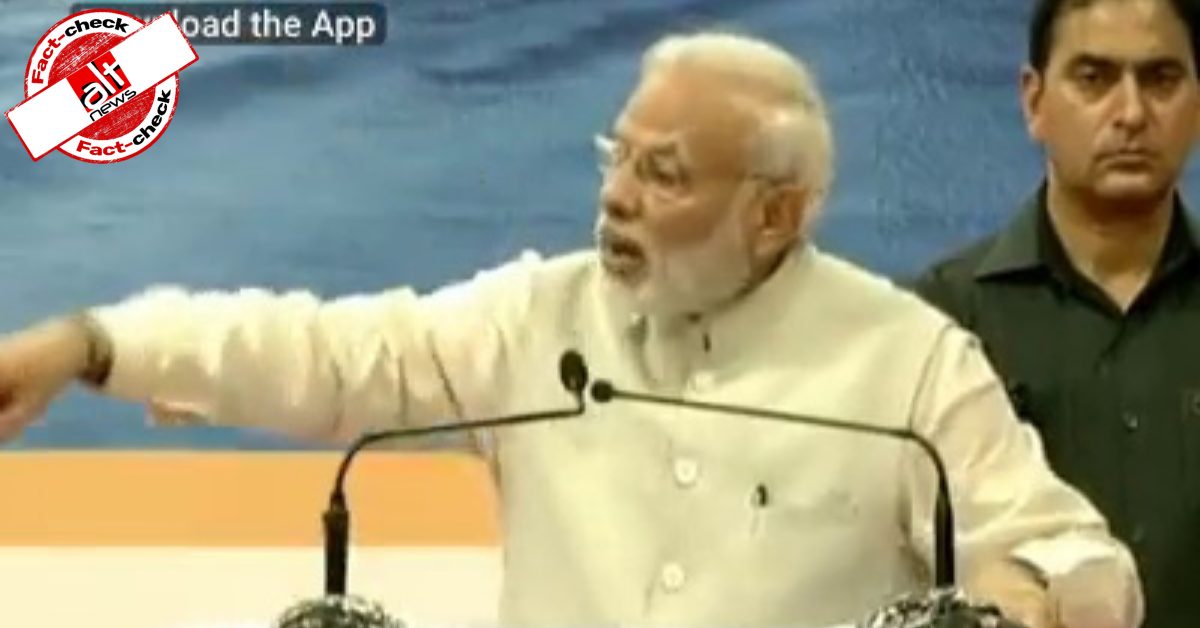 A clip from a speech by prime minister Narendra Modi where he targets the former UPA government for corruption is viral on social media platforms. The footage is being shared as a recent speech in Goa. It is noteworthy that assembly elections will be held in Goa next month.

PM Modi can be heard saying in the video, “Those who say ‘We’ll see what happens’ and think they won’t get caught, let me warn you. I will expose all the fraud you have committed from the very beginning, since India’s independence. Those who have dishonest [money], just consider it a piece of paper and don’t think you will get away this time. I will put 1 lakh men to work to uncover your misdeeds if that’s what it takes. This entire racket running in the country must be stopped. People have just started seeing what I’m capable of. They didn’t realise it for so long. But since I doubled down, they get it now. But this is not the end. This is not a full stop. I have many projects in mind to put an end to corruption and dishonesty in this country…I am doing this for the honest people, for the poor people of the country…”

Twitter handle ‘@BhagwaHindu21’ posted the video, claiming that the PM’s speech in Goa unnerved Congress ministers. The clip amassed over 12,700 views at the time of writing.

A Facebook user shared the clip on a group named ‘Devendra Fadnavis’. In the 3:37-minute video, the prime minister is heard saying ‘Goa’ and ‘people of Goa’ several times.

While this speech seems to have been made in Goa, it does not appear recent as nobody can be seen wearing masks.

We conducted a keyword search on YouTube and found a longer video of a speech PM Modi gave in Goa. It was uploaded by the BJP’s channel on November 13, 2016. The prime minister had come to the state to inaugurate a few projects and also gave a speech at the occasion. Scenes from the viral clip appear in this video after the 59:17 mark.

This video of the speech was also posted from the prime minister’s YouTube channel. He also shared a short clip on his Twitter handle on November 13, 2016.

According to a report from 2016, PM Modi was in Goa to lay the foundation stone for the construction of the Greenfield Airport. He gave this speech a few days after demonetization had come into effect. He made an emotional appeal to the public to support demonetization.

The prime minister most recently visited Goa in December 2021 during which he gave a speech for Goa Liberation Day.

The viral video is, therefore, unrelated to the upcoming elections. It is from 2016.

Actor Dileep not to be arrested till January 27, to appear before Police for questioning

The Looney Tunes are coming to ‘Hot Wheels…

Varun Dhawan teases his OTT debut. Says, Something is in…