Plane crashes on road at Buttonville Airport in Markham 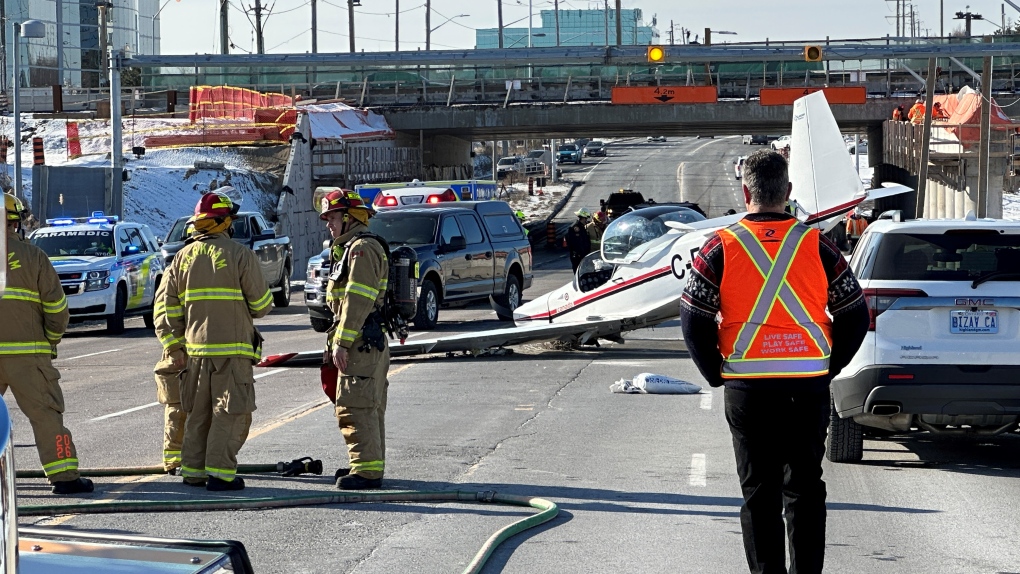 A small airplane crashed and ended up on a road instead of landing at a nearby airport in Markham, Ont. on Monday.

The plane was attempting to land on the runway, but instead, it crashed through a fence and spun 90 degrees before coming to a stop on 16th Avenue.

A plane crashed on 16th Avenue near Buttonville Municipal Airport in Markham, Ont. on Jan. 16, 2023. (CTV News Toronto)“Everyone is safe and accounted for at this time,” YRP said in a social media post after the crash.

Doug Palmer was driving on 16th Avenue when the plane landed right in front of his black SUV. He hit the brakes and swerved, narrowly missing the aircraft. He says a piece of the plane ripped off during the emergency landing and ended up beneath his car.

“It happened so fast,” he told CTV News Toronto. “You get a flash of something coming at you and I reacted.”

This is the broken fence at the edge of the runway at Buttonville airport. The plane seemingly crashed through the fence and you can see where it came to a stop in the middle of the road on 16th Avenue in Markham. pic.twitter.com/8nDpmAqOXu

Paramedics said they received an emergency call just after noon and assessed two patients after the crash. Neither required transportation to a hospital.

YRP Const. Laura Nicolle said incidents like this one happen “every now and again” at the airport.

“It is fortunate no one was hurt. It was a case of a person coming in for a landing but sort of missing the location, so really fortunate we have no injuries,” Nicolle said. 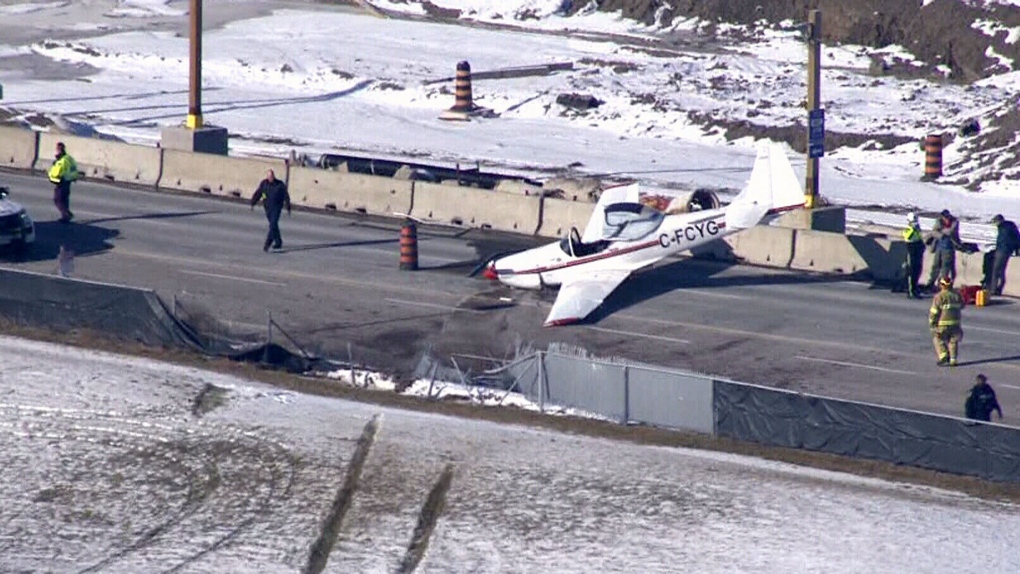 A plane involved in some sort of incident ended up on 16th Avenue near Buttonville Municipal Airport in Markham, Ont. on Jan. 16, 2023. (CTV News Toronto)For about two hours after the incident, officers asked drivers to avoid 16th Avenue between Woodbine Avenue and Highway 404. Just after 2:15 p.m., the plane was towed and traffic resumed on the roadway.

The Transportation Safety Board of Canada (TSB) is deploying a team of investigators to gather information on what led to the incident. They specified that the plane was a Slingsby T67C, a two-seat aerobatic training aircraft.

At this point, it is unclear what caused the incident.