‘Pinocchio’ Is an Unnecessarily Charming Homage to Its Predecessor 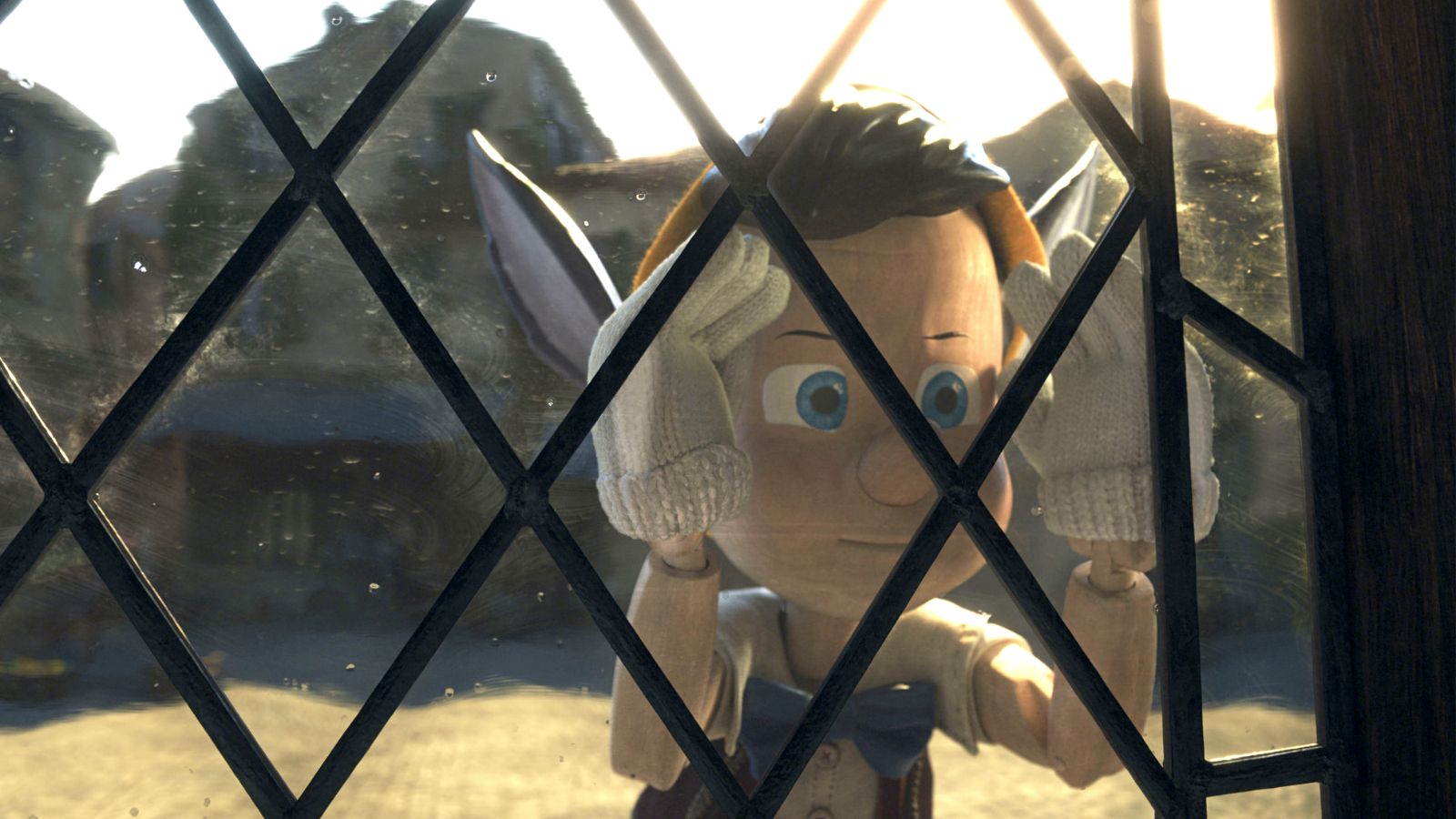 Did Disney realize the meta layers of turning a beloved animated movie about a wooden puppet who wants to be a real boy into a live-action film? Did it understand the movie’s own message of celebration towards someone’s essence, that which makes them unique, despite not being “real” or alike all others? That remains unclear when you watch Robert Zemeckis’ adaptation of the 1940 classic Pinocchio, which continues the company’s goal of turning all of its magical 2D efforts into CGI festivals set in the “real world”.

A tale as old as time, Pinocchio tells the story of a marionette boy who comes alive after his creator (played here by Tom Hanks) wishes upon a star for him to become real. His wish isn’t fully granted by the Blue Fairy, played by the ever-enchanting Cynthia Erivo, however, who tells Pinocchio that only by making the right choices out in the real world can he become a real boy.

It’s not unpopular to say that Disney would put its money to better use by creating new stories with the power to rival its iconic back catalogue, instead of recreating them with modern technology in an attempt to capitalize on an audience happy to gorge on nostalgia. Still, as far as live-action retreads go, Zemeckis’ Pinocchio manages to adapt itself enough to pop culture’s present landscape to somewhat justify its place among it.

Much like most of the stories Disney has drawn from in its past, Pinocchio‘s core message is one so noble and true that of course it still holds up today, as it hopefully will another 82 years from now: “Prove yourself brave, truthful, and unselfish.” This is a sentiment that should never go out of fashion and, live-action or not, disguised Hanks or otherwise, it will always make for a meaningful lesson. Truth be told, the comments on the short-lived and shallow joys of instant fame and self-indulgence represented by Gideon, and Honest John, and Pleasure Island have perhaps never been as relevant as they are today.

Pinnochio starts off full of personality and charm. Joseph Gordon-Levitt’s Jiminy Cricket is as funny and spirited as always, and the adorable Italian village where the movie is set works wonders to set the mood. Geppetto’s workshop feels cozy and welcoming and his emotional drive to create Pinocchio resonates and lands well enough. There’s love letters to Disney all around the scenery, and Erivo delivers an absolutely magical rendition of “When You Wish Upon A Star”, so for a while we are transported into the fantastic world of fairytales and magic.

Maintaining the illusion throughout, though, is the toughest challenge a live-action flight of fancy with such heavy elements of fantasy can face, and Pinocchio does a surprisingly good job of it, until it inevitably slips up. As the conflict grows and the obstacles the title hero encounters become increasingly outlandish (something that works wonderfully in animation), the oftentimes rough CGI simply gets too distracting, making the story no longer plausible. The way the whale sequence in particular is re-imagined here should become a cautionary tale for future reinventions on how sometimes it’s better to just accept that two dimensions can be superior.

Still, Pinocchio shows a commendable attention to detail, and the love for Disney is evident and delightful, especially for those who tune into the many recent remakes exactly because of their attachment to this world of dreams. The comedy was likewise a surprisingly strong element in the movie, with more than a few nods to today’s state of affairs which make it feel a little more integrated and purposeful than a simple copy of the original would. The choice to move away from its predecessor by closing on an ambiguous note also felt quite right, and should definitely be praised for its boldness.

There’s no real need to keep turning movies that have thrived in animation into awkward live-action updates, just as Pinocchio didn’t have to turn into a real boy to become worthier. That being said, if only other such efforts showed as much respect and love for their origins as Zemeckis does here, then maybe it wouldn’t be such a bad thing to keep making them.

Queen Elizabeth II’s Funeral: What We Know So Far

Big-Name Properties Get Butchered for Failing to Understand…

Barry Keoghan really wanted to play the Riddler in The…

This Little One Is Learning To Spell…Sort Of [Video]