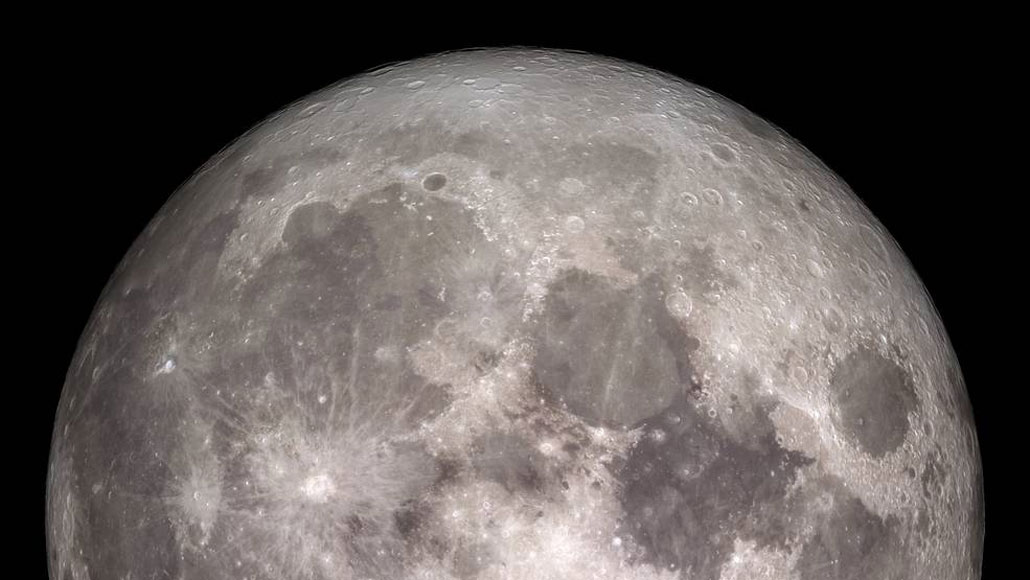 If you could peer into a particle physicist’s daydream, you might spy a vision of a giant lunar particle accelerator. Now, researchers have calculated what such an enormous, hypothetical machine could achieve.

A particle collider encircling the moon could reach an energy of 14 quadrillion electron volts, physicists report June 6 at arXiv.org. That’s about 1,000 times the energy of the world’s biggest particle accelerator, the Large Hadron Collider, or LHC, at CERN near Geneva.

It’s not an idea anyone expects will become reality anytime soon, says particle physicist James Beacham of Duke University. Instead, he and physicist Frank Zimmermann of CERN considered the possibility “primarily for fun.” But physicists of future generations could potentially build a collider on the moon, Beacham says.

Such a fantastical machine would probably be buried under the moon’s surface to avoid wild temperature swings, the researchers say, and could be powered by a ring of solar panels around the moon.

To understand how the laws of physics work at energies higher than that of the LHC, scientists will need bigger accelerators (SN: 1/22/19). For example, the proposed Earth-based Future Circular Collider would be 100 kilometers in circumference, dwarfing the LHC’s 27-kilometer ring. A collider encircling the moon would be about 11,000 km around.

While building a collider that big on Earth might be possible, it could potentially displace people who live in its path — not an issue on the moon. But, like other proposed projects that could alter the moon’s appearance (SN: 6/7/19), the idea raises thorny questions about who gets to decide the fate of the Earth’s companion, Beacham acknowledges. Those questions will presumably be left for future generations to sort out.

A new resource to accelerate AI application in space science…

Wrench will return in ‘Watch Dogs: Legion’ Bloodline DLC which gets a trailer at E3

AI adoption not yet leading to business benefits for manufacturers