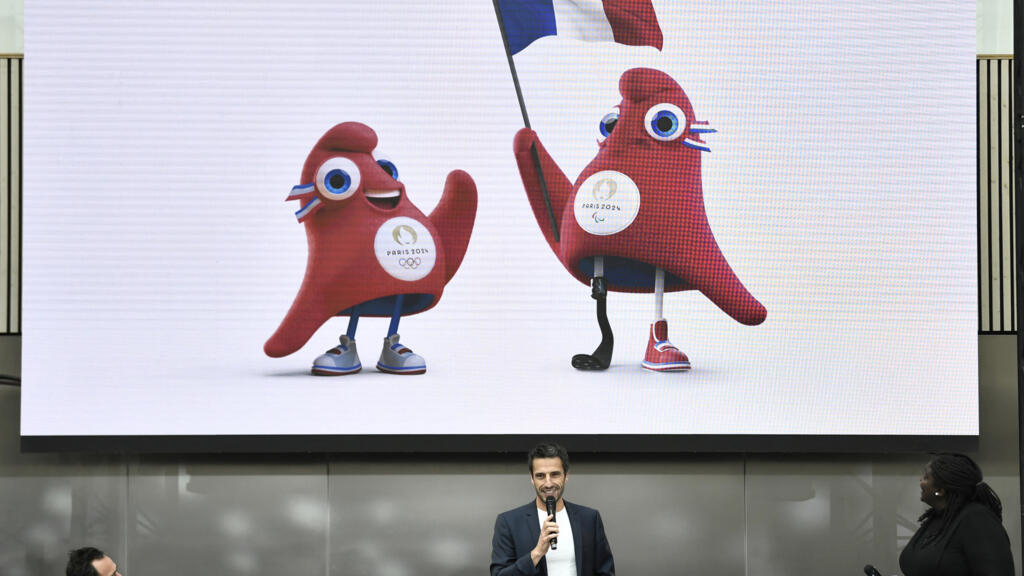 The Phrygian cap, the symbol of the French republic but wearing sneakers as a nod to the present, was unveiled on Monday as the mascot for the 2024 Paris Olympics.

The Paralympic mascot is different in that one of the legs is a runner’s blade.

Tony Estanguet, president of the Paris 2024 organising committee, hailed it as a “special day”.

The 44-year-old triple Olympic canoeing champion said the Phrygian cap is “known throughout the world” and is present “in art, in town halls and on stamps.”

The Paris Games organisers defended the fact that the toy replicas of the mascot are almost all made in China, “like the great majority of toys sold in France.”

In choosing the cap which adorns the head of Marianne, the personification of the French Revolution, the organising committee has once again recalled Republican and revolution-era history.

For example, the marathon route is the one French women took to Versailles from Paris on October 5, 1789, to protest over principally the rising price of bread.

“We want the mascots to incarnate the French spirit,” the committee said.

One of the mascot’s eyes is blue and one of the two is draped in two ribbons in the colours of the French flag, in the style of a cockade, or knot of ribbons, which was another symbol of republicanism during the Revolution.

No figures were given for the number of toy replicas that have been manufactured but they are expected to make up “between 20% and 25%” of merchandising revenue.

In all merchandising revenues are expected to bring in 127 million euros ($131 million), according to budget projections already provided by the organising committee.

However, a revised budget is due to be issued between now and the end of December to prune costs as the organisers’ financial plans have been affected by inflation.

How to Toast Pecans (Oven or Stovetop)