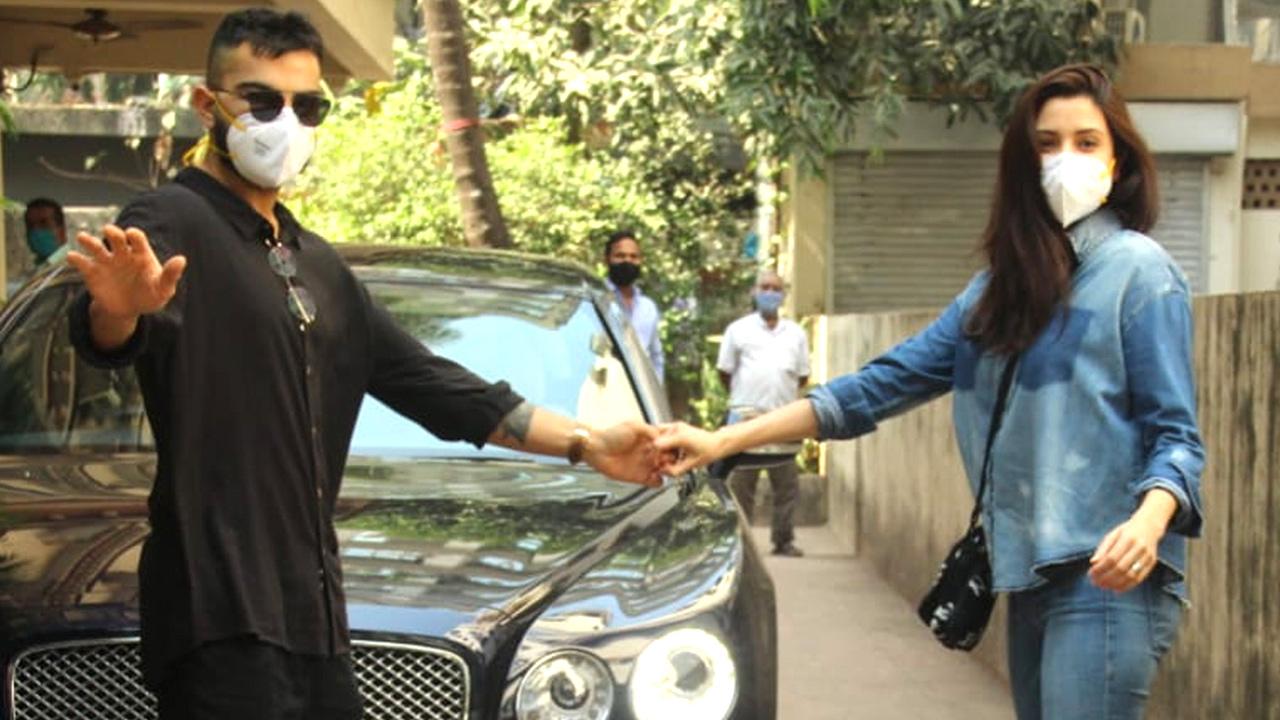 India cricket captain Virat Kohli and his Bollywood actress wife Anushka Sharma made their first public appearance in Bandra on Thursday after they became parents to a baby girl recently. Virat and Anushka were spotted outside a clinic in Bandra for the first time ever since Anushka gave birth to their daughter earlier this month.
Anushka Sharma and Virat Kohli were smiling away as the paparazzi took photos of them.

Picture/ PTI
Anushka Sharma opted for an all-denim look with white sneakers, while Kohli was in all-black – a shirt, trousers – and paired it with white keds.

Picture/ Yogen Shah
Kohli had to leave the India tour of Australia mid-way after the first Test to be home in time for the birth of his child. Virat Kohli captained Team India in the first Test against Australia, which they lost. In Kohli`s absence, Ajinkya Rahane took on the reins of captaincy and led India to a series win after they won the second Test, drew the third and won the fourth and final Test at Brisbane in a historic manner.
Virat Kohli will next be seen leading the side once again for the upcoming series against England starting in February.

Understanding Sensex moves: When will Sensex top out? Look for signs in IPOs & investor portfolios