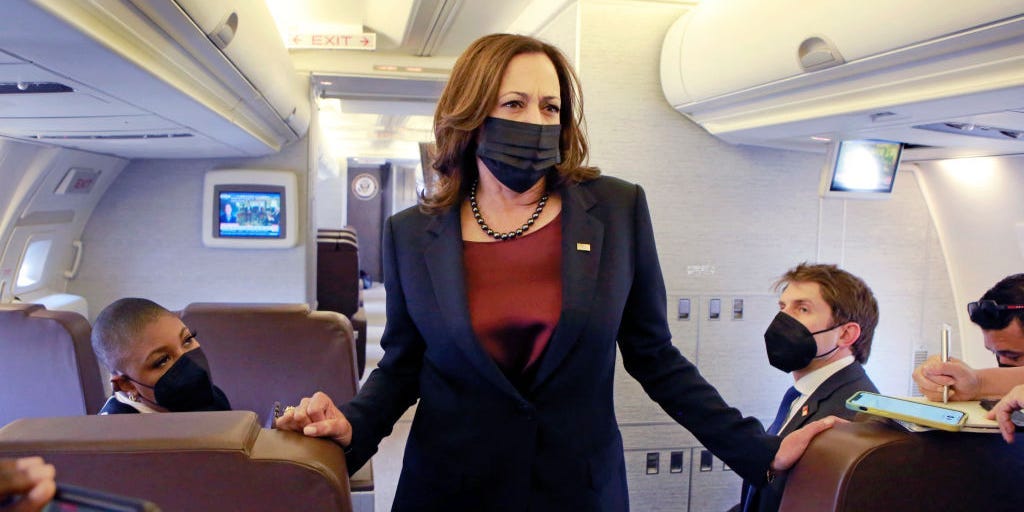 Any plane carrying the US vice president is called “Air Force Two.”

Similar to the president aboard “Air Force One,” the designation of “Air Force Two” refers to any plane carrying the vice president, not a specific jet or model.

Over the years, several different planes have carried the Air Force Two title, transporting vice presidents and their staff around the world. The most commonly-used jet today is a C-32, a customized military version of a commercial Boeing 757-200 plane.

The vice president is generally prohibited from flying on “Air Force One,” a plane carrying the president.

The president and vice president don’t travel together for security reasons, according to The New York Times.

It’s customary for presidents and vice presidents to salute service members as they board and disembark presidential planes.

Richard Nixon was the first vice president to travel internationally via jet on official business, visiting what was then the USSR in 1959.

Nixon, who served as President Dwight D. Eisenhower’s vice president, flew on a Boeing VC-137A Stratoliner to visit the USSR in 1959.

Beginning with the Ford administration in 1975, this DC-9 jet flew as Air Force Two until 2005.

It featured a VIP cabin with 10 seats and a main cabin with 32 first-class seats.