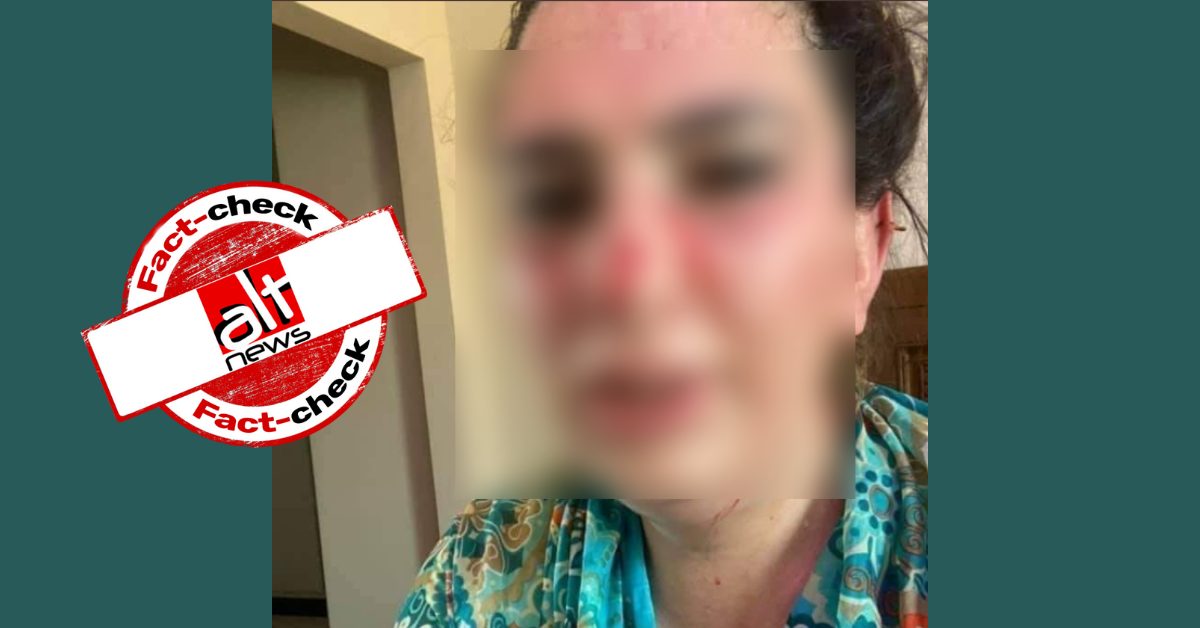 On July 16, the ministry of foreign affairs of Afghanistan issued a statement that Silsila Alikhil, daughter of the Afghan ambassador to Islamabad, was kidnapped for several hours and tortured. After the news broke out, several social media users shared a photograph (1, 2) of an injured woman claiming she is Alikhil.

Facto News had reported that the image was also carried by OpIndia and Dainik Jagran as the daughter of the Afghan ambassador to Islamabad. Both outlets later updated their reports but archived versions can be accessed here and here.

Among the many users who had shared the photograph was a user who posted a screenshot of a YouTube video where the title identified the woman as Gul Chahat. A keyword search on YouTube took us to the official channel of Chahat where she claims that she was assaulted by a man named Shoaib.

A reverse-image search of the viral image on Google with the keyword ‘Gul Chahat’ took us to her Facebook page where the photo was uploaded on July 16.

Pakistan-based The News reported that Gul Chahat is a trans activist and she alleged that she was facing threats to her life.

This is how Indian propaganda machine is spreading misinformation reg #SilsilaAlikhil daughter of #Afghanistan’s ambassador to Pakistan #NajibullahAlikhil by posting images of a TikToker named Gul Chahat as her.

1000s of such malicious posts r being posted to mislead public👇🏼 pic.twitter.com/A4pCOAEXnK

Dehwar also tweeted Afghan ambassador to Islamabad Najibullah Alikhil’s response to the viral misinformation – “I was forced to post a photo of my daughter’s #SilsilaAlikhil here, because someone else’s photo was posted incorrectly on social media, even though I don’t know her at all. Thank you.” As evident, Silsila Alikhil and Gul Chahat look very different.

Thus, a photograph of a trans activist allegedly assaulted in Pakistan was falsely shared as Silsila Alikhil, daughter of the Afghan ambassador to Islamabad, recently kidnapped for several hours and tortured.