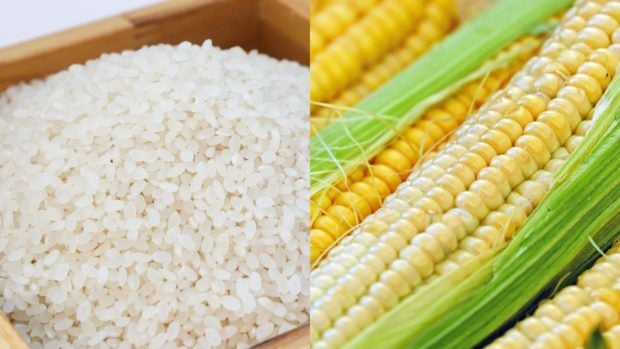 The country’s inventory of rice and corn surged in October as imports plus the latest harvests bumped up supply.

According to the latest data from the Philippine Statistics Authority (PSA), the country’s total rice stock as of Oct. 1 hit 2.08 million metric tons, which is enough to meet the country’s needs for about two months. It surpassed last year’s level of 1.95 million MT and exceeded the previous month’s inventory of 1.45 million MT by a hefty 43.5 percent.

Stocks with commercial warehouses, wholesalers and retailers as of Oct. 1 climbed by 10.7 percent and 9.5 percent, respectively, while those with the National Food Authority (NFA) plummeted by 33.2 percent as more rice went out of its warehouses than came in.

More than half of the rice inventory or 56.3 percent was kept in households, which stocked up 1.17 million MT of the staple. Commercial warehouses, wholesalers and retailers accounted for 38.3 percent with 798,120 MT, while the rest or 5.3 percent of the total stock were in NFA depositories.

But despite the increase in stocks, market prices hardly changed year-on-year.

As of Monday, locally produced commercial rice products are selling at P38 to P50 a kilogram, unchanged from a year ago, in Metro Manila markets, based on the Department of Agriculture’s price monitoring.

On the other hand, prices of imported commercial rice products went up slightly to a range of P38 to P50 per kg, from P37 to P50 a kg last year.

This increase in supply ,in part through imports, should reduce the pressure to raise the selling prices of corn, which should eventually lead to a decline in the prices of meat as corn is a key ingredient in feed for livestock.

The volume of corn kept in commercial warehouses, wholesalers and retailers expanded by 69.8 percent but households’ stockpile dropped by 1.5 percent.

Significant Tornadoes, Damaging Winds, and Hail Possible for the South on Tuesday