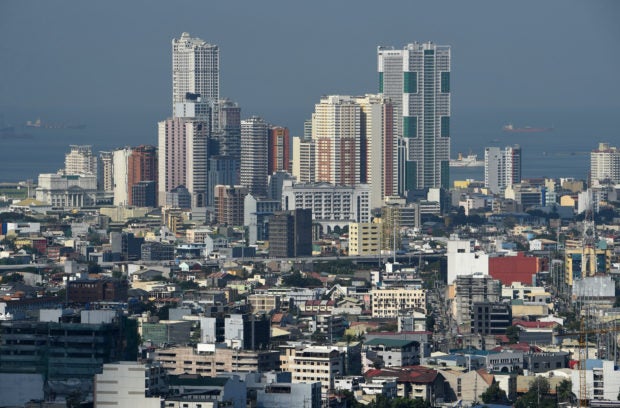 Robust local economic activity in the fourth quarter last year prompted Asean+3 Macroeconomic Research Office (Amro) to raise its 2022 growth forecast for the Philippines to 7.3 percent from the October estimate of 6.9 percent.

Amro’s revised forecast shifts the growth rate toward the upper end of the government’s gross domestic product (GDP) goal of 6.5 to 7.5 percent.

However, the Singapore-based group in an update of its Regional Economic Outlook report lowered slightly its 2023 forecast to 6.2 percent from the 6.3 percent estimate as of three months ago, as average inflation this year may be even higher than previously believed.

Inflation in the Philippines is now projected to average 4.3 percent, instead of 4 percent in Amro’s October forecast, which is also the upper limit of the target range of the Bangko Sentral ng Pilipinas (BSP).

The pattern differs—downward revisions for both 2022 and 2023—if Asean’s three dialog partners China, Japan and South Korea are added (hence, Asean+3).

Growth for the Asean+3 region is now forecast at 3.3 percent in 2022 from 3.7 percent previously, and 4.3 percent in 2023 from 4.6 percent, no thanks to the gravitational influence of economic giant China.

Amro said in its report the deteriorating global economic conditions were weighing on the region’s outlook, especially China where stringent COVID-19 restrictions hampered economic activities in 2022.

Exports in Asean+3 lost momentum in the second half of 2022 as less output and less demand in China translated into lower shipments from Japan and South Korea.

Amro said this trend was expected to continue in the coming months given anemic growth in the global economy.

“China’s stronger economy will provide support for regional activity while the border reopening will boost intraregional tourism,” he added.

And yet, the lowered forecasts for both Asean and Asean+3 face downside risks—the actual turnout is more likely to be even lower rather than higher.

One reason is that global energy prices could spike again, particularly as new sanctions on the export of oil from Russia and retaliations by Russia could cause temporary supply shortages.

Another reason is that China’s economic recovery could be slower than expected as a rapidly deteriorating COVID-19 epidemiological situation could see the authorities retighten containment measures.

A third reason is the US economy could experience a hard landing as inflation being still well above the 2-percent target could prompt the US Federal Reserve to continue raising interest rates. INQ

How to watch Biden’s 2023 State of the Union address

Now available with ESP and hill hold as standard [Video]