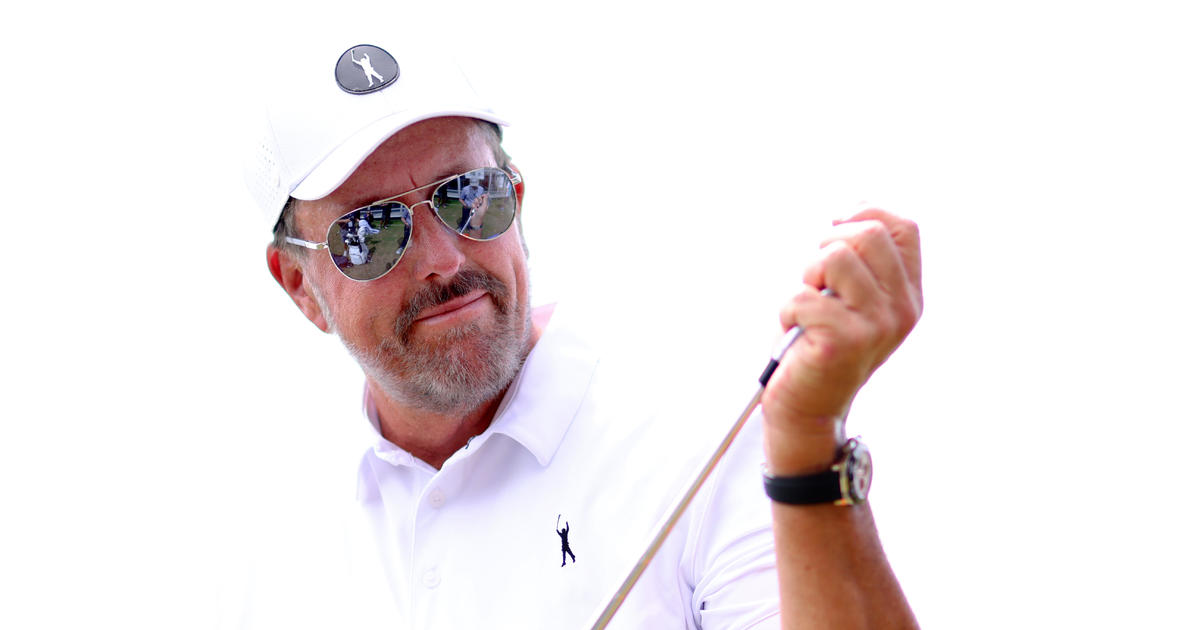 Hall-of-fame golfer Phil Mickelson, Bryson DeChambeau and nine other players who defected to Saudi-funded LIV Golf tour filed an antitrust lawsuit Wednesday against the PGA Tour over their suspensions, marking the first step in a legal fight that could define the rules of competition across professional sports circuits.

Three of the plaintiffs, Talor Gooch, Hudson Swafford and Matt Jones, also filed an application for a temporary restraining order allowing them to compete in the FedEx Cup playoffs, according to the lawsuit, obtained by CBS MoneyWatch.

The lawsuit stems from the PGA Tour suspending some of the top names in golf from participating in its events after they competed in tournaments hosted by rival tour LIV Golf, which offered record prize money.

Six players who have competed in LIV Golf events are among the top 125 in the FedEx Cup standings and would be eligible for the start of the PGA Tour’s postseason, which begins next week. But the PGA Tour’s player regulations include a “Conflicting Events” clause that prohibits its members from competing in any golf event in North America held the same week as a PGA Tour event or tournament.

The lawsuit notes that the PGA Tour hosts an event nearly every week, effectively preventing players from competing in any non-PGA Tour event in North America.

“The Conflicting Events Regulation thus invests the leader of the incumbent monopolist with unbridled discretion to foreclose players from participating in any competing events,” the lawsuit states.

The last two LIV Golf events — with $25 million in prize money for 54 holes with no cut — took place in Oregon and New Jersey.

The PGA Tour, for its part, issued a statement saying that the players in question “walked away from the tour and now want back in. With the Saudi Golf League on hiatus, they’re trying to use lawyers to force their way into competition alongside our members in good standing.”

The PGA Tour also told its current members that the group of 11 defecting golfers are trying to use their “platform to promote themselves and to freeride on your benefits.”

The PGA Tour suspended Mickelson in March for allegedly recruiting players to LIV Golf, the lawsuit claims. The PGA tour denied his application for reinstatement in June, because he had played in the first Saudi event held outside of London.

Mickelson and the other golfers’ lawsuit called the PGA Tour a monopolistic enterprise with a “vice-grip on professional golf.” It alleges the PGA Tour wants to harm the careers of the plaintiffs because it is “threatened” by the entry of LIV Golf into the arena.

LIV Golf spokesperson Jane MacNeille told CBS News in a statement Wednesday: “The players are right to have brought this action to challenge the PGA Tour’s anti-competitive rules and to vindicate their rights as independent contractors to play where and when they choose. Despite the PGA Tour’s effort to stifle competition, we think golfers should be allowed to play golf.”

Lyft assured no layoffs were coming. Now employees are scrambling for their next gig. – TechCrunch

Pokemon is getting an Arceus Chronicles animated special

By mid-century, a third of Americans will live in…