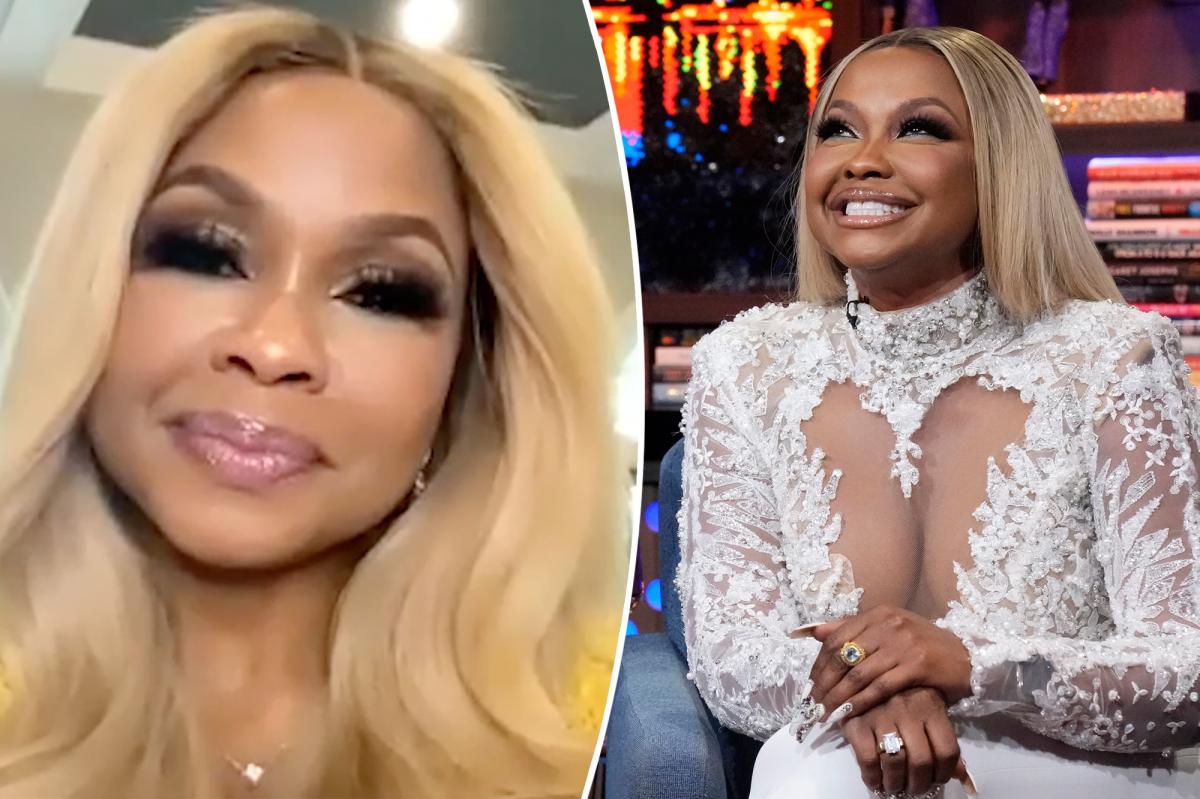 Phaedra Parks experienced a bout of depression after her exit from “The Real Housewives of Atlanta” — and now she wants to help others going through similar struggles.

The reality star exclusively tells Page Six that she plans to detail her mental health journey — and share the affirmations she employed throughout her recovery — in a new book that is part memoir and part meditative guide.

“When I left ‘Housewives,’ it was a very dark time,” she reflects. “And I went through … depression and a lot of emotions because ‘Housewives’ can give you PTSD. I think anyone that’s been on it for over four to five years will experience some PTSD because it can be very traumatic.”

Parks, 48, left “RHOA” in 2017 following seven consecutive seasons on the Bravo reality show. The author’s departure, mourned by her many fans, came in tandem with the demise of her friendship with Kandi Burruss.

The single mom of two — who shares sons Ayden, 12, and Dyan, 9, with ex-husband Apollo Nida — tells Page Six that she is grateful to have bounced back from the drama with self-reflection and the support of her loved ones.

“So I wanted to write a book for women — men can read it, too — that really gave a part of my testimony of just being an overcomer,” she says.

Parks is thriving today. She recently made her reality TV return on “The Real Housewives Ultimate Girls Trip: Ex-Wives Club,” a Peacock spinoff that convened Tamra Judge, Taylor Armstrong, Jill Zarin and more iconic “Housewives” of the past from different franchises.

“As you can see, God gave me double for my trouble, honey,” Parks says of her comeback. “I look younger, I feel younger and I lost nothing.”

The multi-hyphenate — who maintains multiple careers as an attorney, mortician, producer and actress — was able to combat previous “shame, embarrassment, depression” and even “suicidal ideations,” she notes, through her faith in a higher power.

“Sometimes when people go through bad things, they don’t have a prayer life or they don’t really understand the power of meditation, the power of thinking positive, the power of claiming and proclaiming success, healing over their lives,” she elaborates.

“I talk about personal stories from my life. And at the end, I give a meditation that helped me through those moments … I want to be that bridge, I want to be that encouragement for someone who doesn’t have someone to talk to.”

“I just want people to know, even through my book, there’s nothing wrong with saying, ‘I need help,’ or, ‘I’m feeling this way,’” she points out. “You should be able to feel transparent to people who love you — and get aid.”

A constant source of happiness for Parks has been raising her two boys.

“My children are my greatest accomplishments because to continue my legacy, I am imparting all the things that I have learned into them as a parent,” she says.

Just days ago, Parks paid tribute to Ayden and Dylan in an Instagram post accompanied by Caroline Jones’ “So Many Skies,” a tender love song featuring Matthew Ramsey that has gone viral on TikTok this summer.

“All that’s happening in the world with COVID, inflation, violence, there’s no better time to talk about love and just be appreciative. I just want my children to know how much I love them and how much I appreciate them,” she says, further gushing, “and how happy I am that God blessed me to be their mom.”

Parks’ last book, “Secrets of the Southern Belle: How to Be Nice, Work Hard, Look Pretty, Have Fun, and Never Have an Off Moment,” hit stores in 2013.

The writer is currently “finishing up” her next literary project, she tells us. A release date and title have yet to be announced.

If you or someone you know is in emotional distress or considering suicide, call the National Suicide Prevention Lifeline at 1-800-273-TALK (8255).

Denial of responsibility! My droll is an automatic aggregator of the all world’s media. In each content, the hyperlink to the primary source is specified. All trademarks belong to their rightful owners, all materials to their authors. If you are the owner of the content and do not want us to publish your materials, please contact us by email – [email protected]. The content will be deleted within 24 hours.
bravokandi burrussphaedra parksreal housewivesreal housewives of atlantareality starsReality TV
0
Share

Universal Becomes the First Studio to Pass $3 Billion Since…