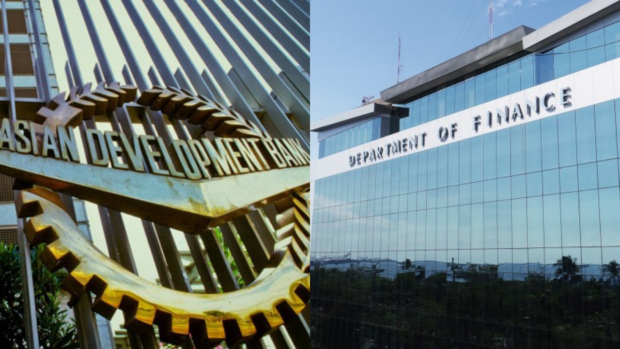 The government is scheduled to repay a record P1.6 trillion in debt next year — its highest yearly debt servicing on record.

Also, the national government’s outstanding debt will further increase to a new high of P14.63 trillion by the end of 2023 or the Marcos administration’s first full-year in office, despite slightly lower borrowings planned for next year, documents on the proposed P5.268-trillion 2023 national budget released on Monday showed.

The end-2023 outstanding debt — P9.96 trillion in domestic obligations plus P4.67 trillion in external debts — will climb from the projected P13.43 trillion by end-2022, and last year’s P11.73 trillion. The debt stock by the end of this year will be composed of P9.2 trillion in locally sourced debts and P4.22 trillion in outstanding foreign borrowings.

Finance officials earlier said the outstanding debt level by year-end will be equivalent to 62 percent of gross domestic product (GDP), a 17-year high reversing the record-low 39.6-percent debt-to-GDP in 2019.  The debt-to-GDP ratio is said to be the better measure of an economy’s capability to repay its obligations, with a 60-percent threshold deemed by credit-rating agencies as manageable for emerging markets like the Philippines.

As such, next year’s debt servicing expenditure will be higher than the P1.26 trillion set aside to pay outstanding obligations this year.

Debt payments under next year’s national budget will be composed of a record P1.02 trillion in principal amortization (up from P751.1 billion this year), on top of P582.3 billion in interest payments (up from this year’s P512.6 billion).

To partly finance a narrower 2023 budget deficit of P1.45 trillion, equivalent to 6.1 percent of GDP, the national government will borrow P2.2 trillion next year, slightly lower than this year’s P2.21-trillion gross borrowings.

Next year’s borrowings will include P1.65 trillion to be sourced locally, of which P1.59 trillion will come from the issuance of fixed-rate treasury bonds, while a net of P54.1 billion will be funded by short-dated T-bills (P621.1 billion in gross issuance next year offset by P567-billion maturities).

Similar to this year, three-fourths of the government’s borrowings in 2023 will be raised from the domestic debt market to take advantage of the liquid financial system while tempering foreign exchange risks.

External borrowings, meanwhile, will further go down to P553.5 billion next year from this year’s P561.5 billion and last year’s P568.7 billion.

Among the foreign borrowings programmed for next year are the P219.2 billion program loans and P69.3 billion project loans  from  multilateral lenders and bilateral development partners, as well as P265 billion to be raised from offshore commercial bond issuances denominated in foreign currencies.

Citing a report from the Department of Finance’s (DOF) international finance group, budget documents showed that the government would avail of $2.84 billion in program loans from the Manila-based Asian Development Bank (ADB) next year (up from $2.57 billion this year); $836.2 million  from the Washington-based World Bank (up from this year’s $740.5 million); $400 million from the Beijing-based Asian Infrastructure Investment Bank (AIIB) for the proposed support to post-COVID 19 business and employment recovery loan in the pipeline, and $57.2-million worth of financing from the Agence Française de Développement’s (AFD), down from this year’s $286.1 million in loans.

The budget deficit will also be financed by tax and non-tax revenues estimated to reach P3.63 trillion next year, up from the targeted P3.3 trillion collections, including from privatization, this year.

About 36,000 LA Unified Students Missing From First Week of School