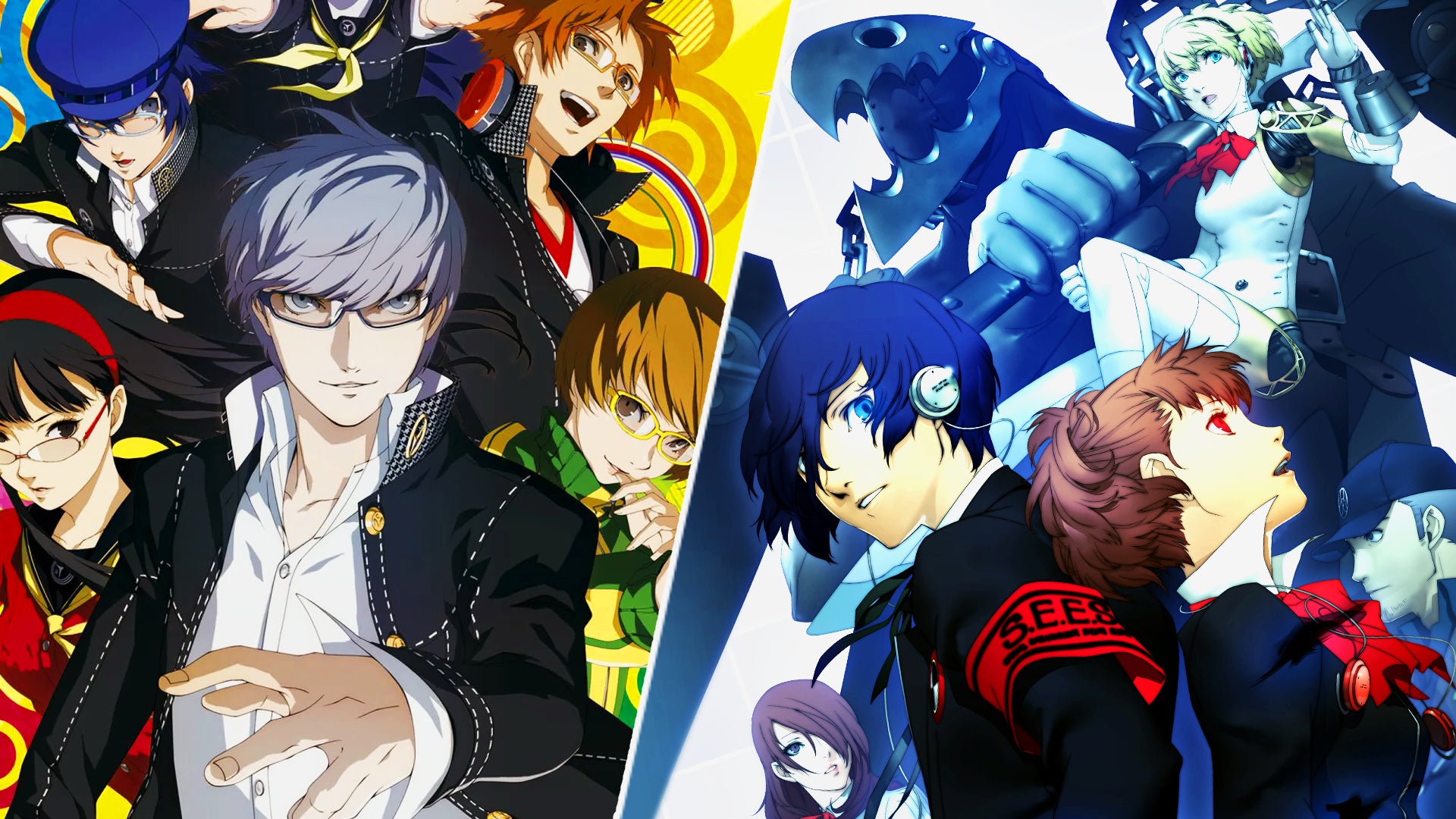 This week, the modern Persona series will be fully democratized. Once a hard-line PlayStation exclusive, all three of the modern-era Persona games – which follow a fairly similar template across the trio – will be available on PlayStation 4 (and 5, via backwards compatibility), Xbox Series, Xbox One, Switch, and PC. It’s a banner day for Japanese RPG fans, or the JRPG curious.

The release of these ports is important, in a sense. Persona 4 Golden, originally a Vita definitive edition of all-timer Persona 4, has admittedly made its way to PC before now. But Persona 3 has been trapped either on PSP or PS2, depending on your allegiance, for many years. It’s been old hardware, emulation, or nothing. Now there is at least an ideal, legal, and easy way to purchase and experience these stories – even if it isn’t necessarily the ideal experience.

For Persona 4 Golden, however, this new release is an idealized experience. This is a great port, just as it was back on PC a couple of years ago. If you prefer Persona 4’s sleepy small-town vibe or Persona 5’s all-guns-blazing narrative is something of a matter of taste, but it’s fair to say that the two make up a very special sort of JRPG duology that’s been much-celebrated over recent years.

There’s a textual and tonal element to the Persona series that is startling in its uniqueness, even if sometimes it leads these games to be prickly to Western sensibilities from time to time. In an era when Final Fantasy was in a panicked tailspin of desperately trying to copy Western RPGs and appeal to Western tastes, Persona 4 released as an unabashedly Japanese experience and became not only a nerd hit, but then was able to parlay that cult status into a genuinely huge level of success for both it and its successor. They’re not just among the best Japanese role-players of recent years; they’re undoubtedly some of the most important.

Don’t just take my word for it, though. Consider the critical consensus. Persona 5 Royal sits with a metascore review average of 95, placing it firmly in the top 50 games of all time. Persona 4 Golden is just a clip lower at an average score of 93 – again marking it as an all-time great. These games are significant.

That makes it important that these games got good ports to new platforms: and they have. In higher resolutions they’re crisp. Loading is faster. The elements that fundamentally can’t be touched up hold up well; stories that engage and thrill, characters that endear, and absolutely ass-kicking musical licks. Persona 4 has all this going for it. So, in fairness, does Persona 3 – but it is compromised.

When I described these games as a duology earlier, I knew it would have some fuming. Some would be ready to run to the comments to say, actually, y’know, the formula perfected in Personas 4 and 5 was really cemented in Persona 3 – and they’re right. This is more of a trilogy, and indeed a rare one where despite not being narratively connected, the three games lead from one to the other clearly in terms of mechanics, tone, and worldview. They come as a set. But, here, I wouldn’t necessarily recommend you play Persona 3 unless you’re already a fan.

I want to be clear that it’s still a good port, given the source material. But the version of Persona 3 offered here is Persona 3 Portable, the PSP version of the game. It’s a version that has always been lightly compromised, but those compromises were accepted on PSP because, well, it was the PSP. Blow it up onto the big screen, onto powerful machines, and it feels older and more decrepit than its 14 years.

On PSP, Persona 3 was stripped back from a game of 3D models and scenes to an experience that largely plays out like an adventure game. Dungeon crawling and battle action still takes place in full 3D, but story scenes play out only with portraits, pre-rendered backgrounds, and moving a cursor around a static scene rather than navigating a character around a 3D space. There’s nothing wrong with this, of course, but sitting this next to Persona 4 Golden makes it feel older, slower, and less attractive, especially with the knowledge that a full-fat version of Persona 3 exists.

That version was on PS2 in the form of Persona 3 and the expanded Persona 3 FES, games that present pretty much identically to Persona 4. They’re not as slick as the latest entry, but have plenty of character in those 3D models – something lost in P3P. This was accepted as a trade-off for getting the game onto the PSP – but here, it feels wrong that Portable was the version ported.

In fairness, Atlus has been presented with an impossible task. Unlike Persona 4, there is no one definitive version of Persona 3. Had it ported Persona 3 FES, the female protagonist, new character relationships and new challenges added for Portable would have been skipped. By modernizing Portable, this version lacks the full 3D presentation but also a wealth of additional content, including the ‘FES’ epilogue chapter, which continues and caps off the main game’s story. This is without mentioning the age of Persona 3’s development – who knows if Atlus even still has the source files. So a choice had to be made; they went with Portable. I get it.

It doesn’t mean I don’t yearn for the ‘real’ Persona 3, however, or more importantly for a ‘definitive’ version that unites the features of both versions. Perhaps that was impossible here – but it does in my opinion reduce Persona 3, a great game in its own right, to more of a historical curiosity for the Japanese RPG and Persona faithful than a must-play, as its successors are. It’s also fair to say that many of those faithful probably know all about how to emulate P3 FES anyway.

And so that’s where we’re at. These are both excellent ports, and it still feels incredibly strange to be playing Persona games with Xbox button prompts. Both are excellent presentations of the content each game has to offer, and are difficult to criticize as ports, at least on the platforms I tested (Xbox and PC).

What of recommendations? Well, I’d say that if you’re somebody who has never played these games before, you should still go ahead and pick up the most streamlined, slick, and modern entry. That’s Persona 5 Royal. If you’re a Persona 5 fan and never got to experience the glorious small-town Scooby-Doo style antics of the quiet town of Inaba, Persona 4 Golden is a must-play, and this is a truly great port. It also might be worth a shot of the thievery storylines of P5 left you cold – there’s none of that here.

And Persona 3, like I said, is perhaps more of a curiosity than anything else in this form. It’s still a great game, but unlike P5R and P4G, I struggle to see it creating new fans of the series in 2023 – but if you’ve already been bitten by the bug, its largely brilliant storylines are likely to deepen your appreciation for what Persona is.

Hopefully the inevitable Persona 6 can release on more platforms and continue to cultivate this wider-audience. Persona just might be the most important JRPG series on the planet right now, in terms of growth potential – and these ports are key to that plan.

What is a Hashtag and How Do You Use Them?