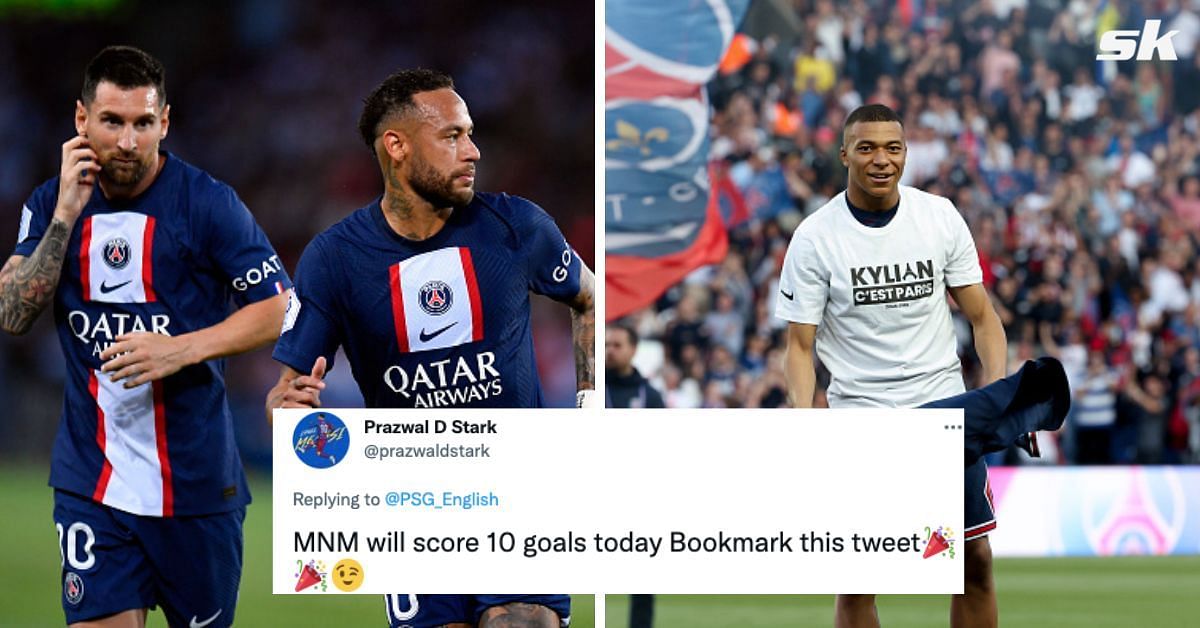 Paris Saint-Germain (PSG) fans have expressed their excitement to once again see the attacking trio of Lionel Messi, Neymar, and Kylian Mbappe all start against Monaco.

The Parisians have made an exceptional start to their Ligue 1 title defense after winning their opening three encounters.

Christophe Galtier’s side have scored 17 goals in that time, including their mammoth 7-1 victory against Lille last time out.

They take on Monaco this evening (August 28) at the Parc des Princes, with the principality state looking to kickstart their season after just one win so far. The formidable trio all got onto the scoresheet in the clash at Lille, with Mbappe grabbing himself a hat-trick.

Ahead of the encounter with Monaco, Galtier announced his starting lineup. It contained just one change, as Vitinha dropped out for fellow new summer signing Renato Sanches.

PSG’s attacking triumvarte all occupy the top three spots in the division’s top scorer charts, with Neymar leading the way on six strikes. The Brazilian forward has also provided six assists so far.

After an underwhelming debut season, Messi has three goals to his name and two assists.

Ahead of the Monaco clash, supporters of the French champions took to Twitter to express their excitement at seeing the iconic trio start in attack:

Former PSG boss explains how Galtier is getting the best out of Lionel Messi, Neymar and Kylian Mbappe

Former PSG manager Vahid Halilhodžic has been full of praise for new boss Galtier. He lauded the French manager at how he has integrated huge stars Lionel Messi, Kylian Mbappe and Neymar.

“Neymar plays higher and asks for balls in the depth that Messi gives him. The Argentinian makes a recital in number 10, in the simple game and in the intervals.”

“I also find him smarter. He carries the ball less than at Barça. Messi is a school of football. In this position, he is more in this thinking to help Neymar and Mbappé than to score and think about the Ballon d’Or. This is the new thing I saw (against Lille)”

Halilhodžic added that not everything is perfect on the pitch, as he stated:

“His first line is sometimes too far away and his corridors too wide. He must close more quickly on the ball side to block the opponent and thus avoid creating as many chances.”

STEVE FLORES: Some have more yesterdays than tomorrows | Steve Flores