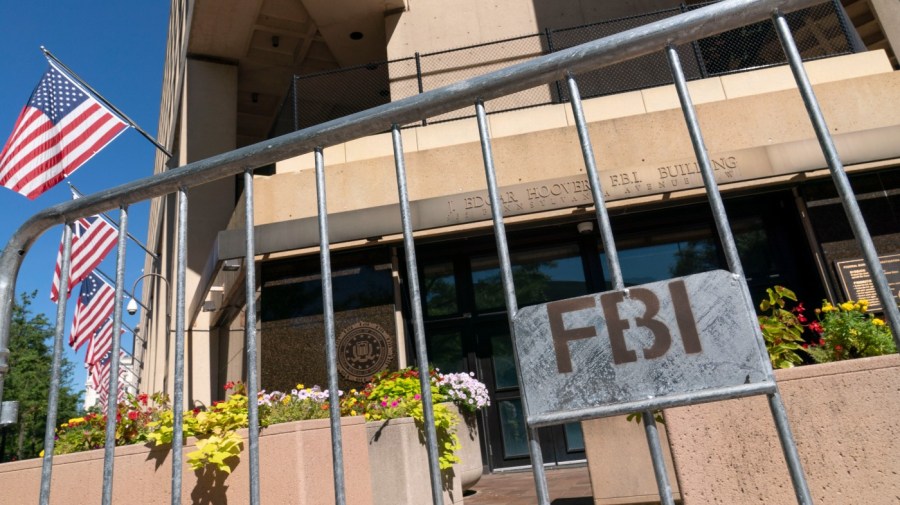 The Department of Justice (DOJ) said Adam Bies, 46, was arrested on Friday and is charged with influencing, impeding or retaliating against federal law enforcement officers.

“Every single piece of [expletive] who works for the FBI in any capacity, from the director down to the janitor who cleans their [expletive] toilets deserves to die,” he allegedly wrote in a post two days after the search. “You’ve declared war on us and now it’s open season on YOU.”

“HEY FEDS. We the people cannot WAIT to water the trees of liberty with your blood. I’ll be waiting for you to kick down my door,” Bies allegedly wrote in another post, according to court documents.

If convicted, Bies faces a maximum of 10 years in prison.

The FBI and the Department of Homeland Security reportedly warned of an increase in federal law enforcement threats in a joint bulletin last week.

The bulletin referenced calls for “civil war” and “armed rebellion” as well as an incident at the FBI’s Cincinnati field office on Thursday in which an armed man attempted to breach the building. He was ultimately shot and killed by police.

Officials erected barriers along the perimeter of the FBI headquarters in Washington, D.C., after calls for protests there.

The increase in threats has led Democrats and some Republicans to call for Trump, who has repeatedly lambasted the FBI and DOJ’s search and accused them of political bias, to tone down his rhetoric.

Trump told Fox News on Monday that his team had reached out to DOJ to offer “whatever we can do to help,” saying the “temperature has to be brought down,” but he has continued attacking the agencies since the interview.

The FBI’s arrest on Friday comes after it seized 11 sets of classified documents at Mar-a-Lago in connection with its investigation into whether Trump violated the Espionage Act, unlawfully concealed or removed public records or obstructed an investigation.

Trump has said he declassified the documents.

rakesh jhunjhunwala: Who will succeed Rakesh Jhunjhunwala as the next Big Bull? Well, the hunt is on