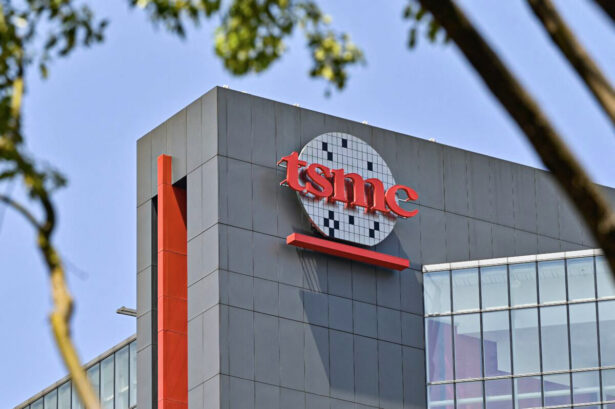 TAIPEI, Taiwan—House Speaker Nancy Pelosi (D-Calif.) has left Taiwan for South Korea after spending about 19 hours on the island. Despite her brief trip, Pelosi became the most senior U.S. official to visit the self-ruled island in 25 years.

Pelosi left at around 6 p.m. local time on Aug. 3. Before she left, she met with Mark Liu, chairman of Taiwan-based semiconductor manufacturer TSMC, according to Ker Chien-ming, a senior ruling party lawmaker.

Ker told local media that Pelosi and Liu spoke on issues related to the CHIPS and Science Act, which is now waiting to be signed by President Joe Biden after Congress passed the legislation in late July. At the time of the writing, neither Pelosi nor TSMC has commented on the meeting.

The United States views TSMC as a vital supplier, for the world’s largest contract chipmaker is among a few companies in the globe capable of making the most advanced chips, which power everything from cellphones to missile systems.

In May 2020, TSMC announced plans to invest $12 billion to build a factory with its 5-nm processing technology in Arizona. In a LinkedIn post last month, the company said its Arizona plant remains “on time and on track” to begin production in 2024.

Liu, in a recent interview with CNN, said that TSMC plants in Taiwan would become “non-operable” in the event of an invasion or military attack. As for the reason, he explained that making semiconductors require a “real-time connection” with different partners around the world.

Beijing claims Taiwan as a part of its territory despite the fact that the Chinese Communist Party (CCP) has never ruled the island. The communist regime has never ruled out the use of force to bring Taiwan under its fold.

As such, the CCP has reacted angrily to Pelosi’s visit, believing that such a trip affirms the island’s de-facto independent status. Shortly after Pelosi arrived in Taiwan late Tuesday night, the communist regime announced that it will conduct live-fire military drills in six zones around Taiwan from Aug. 4 to 7.

On Aug. 3, Wang Yi, China’s foreign minister, released a statement accusing Pelosi of making a “politically provocative” trip. Wang also accused the United States of being the “biggest destroyer” of peace and regional stability in the Taiwan Strait.

Just before leaving Taiwan, Pelosi met with several activists at a local memorial park. According to local media, their meeting lasted over an hour.

Among those taking part in the meeting were Wu’er Kaixi, a student leader during the 1989 Tiananmen Square pro-democracy protests; Lam Wing-kee, a bookseller who now lives in Taiwan after fleeing Hong Kong; Lee Ming-che, a Taiwanese human rights activist, and Bawa Kelsang Gyaltsen, representative of the Central Tibetan Administration in Taiwan.

Speaking to reporters after the meeting, Lam said he asked Pelosi whether the United States could do more to help Hongkongers who might wish to leave the city.

Many people have fled Hong Kong to avoid prosecution by the Hong Kong government for participating in the pro-democracy movement that started in June 2019. Many more have left for reasons such as erosion of freedoms, after Beijing imposed a draconian national security law on the city in 2020 to quell dissent.

John Lee, Hong Kong’s chief executive, has also criticized Pelosi’s visit to Taiwan. In a statement released on Aug. 3, Lee said the visit is tantamount to “undermining the stability of Taiwan Strait.”

Kelsang Gyaltsen said he told Pelosi about deteriorating situations in Tibet, where local culture and religion are being wiped out due to CCP policies in the area.