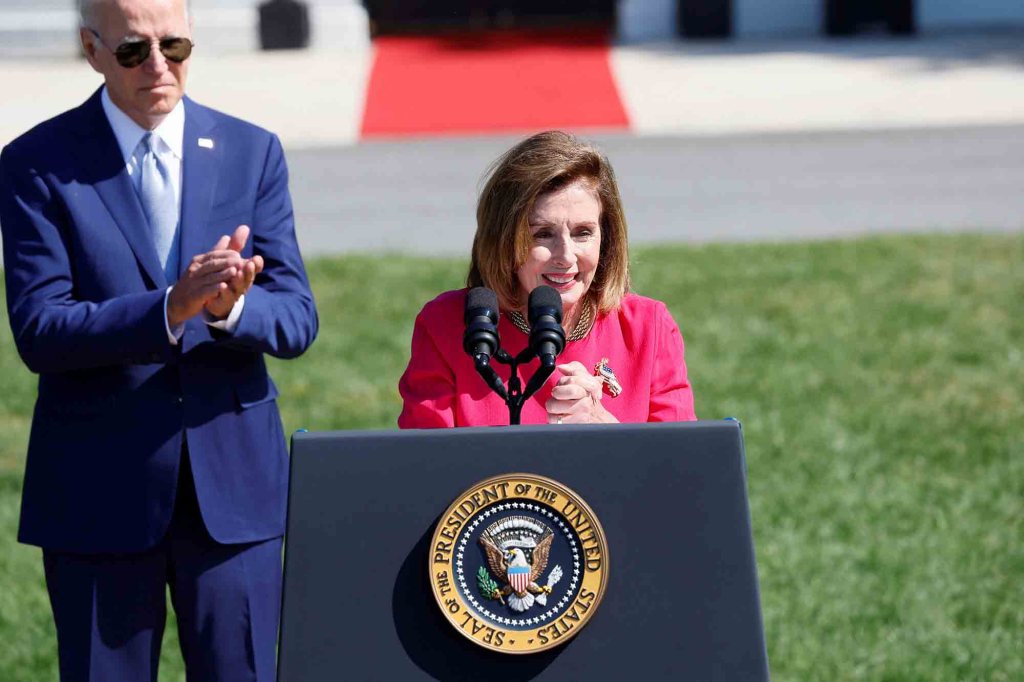 House Speaker Nancy Pelosi ripped Chinese President Xi Jinping as a “scared bully” on Tuesday, before mistakenly claiming in a separate interview that Beijing fosters “one of the freest societies in the world.”

“I think that he’s in a fragile crisis,” the California Democrat said of Xi during an interview with MSNBC, her first since returning from a swing through Asia that included a closely-watched trip to Taiwan.

“He has problems with his economy. He’s acting like a scared bully,” Pelosi added.

However, the speaker’s criticism failed to translate in a separate interview with NBC’s “TODAY” show.

“We still support the One China policy. We go there to acknowledge the status quo is what our policy is. There was nothing disruptive about that,” Pelosi said.

“It was only about saying China is one of the freest societies in the world,” she added. “Don’t take it from me, that’s from Freedom House.”

Drew Hammill, Pelosi’s deputy chief of staff, later clarified that the speaker made an unfortunate slip and meant to refer to Taiwan instead.

“The Speaker’s record of speaking out against the Chinese Communist Party for 35 years in the Congress is unsurpassed,” Hammill tweeted.

Pelosi’s office also directed The Post to Freedom House’s 2021 report on “Freedom in the World” which gave Taiwan a “global freedom score” of 94 out of a possible 100.

In the “TODAY” interview, Pelosi reiterated her view that Xi was a “bully” who “has his own insecurities.”

“It doesn’t mean that I’m going to have him do my schedule for members of Congress,” she said. “Members of Congress can show their support for countries and democracies who are our friends, and according to the Taiwan Policy Act, Taiwan is our friend.”

China blasted Pelosi’s trip to Taipei last week — implementing sanctions against the speaker and her family; suspending talks with the US on climate change, military relations, anti-drug efforts, and other issues; and launching massive military drills around Taiwan.

“The countermeasures taken by China in response to Pelosi’s provocative visit to Taiwan are justified, reasonable and lawful. They are aimed at sending a warning to the provocateurs and punishing the ‘Taiwan independence’ forces,” Chinese Foreign Ministry spokesman Wang Wenbin told reporters Tuesday.

Wang went on to reiterate Beijing’s belief that Taiwan is a part of China – a belief acknowledged but not supported by the US under the “One China” policy.

Pelosi and other US officials have repeatedly insisted that American policy toward Taiwan remains unchanged.

On Tuesday, the speaker told “TODAY” that while the US still abides by the “One China” policy, Washington cannot let China “isolate” Taiwan.

With her trip to the island nation, Pelosi became the highest-ranking US elected official to travel to Taiwan since then-House Speaker Newt Gingrich in 1997.

President Biden has not publicly supported her visit, saying Monday the trip was “her decision”.

The president also told reporters Monday that while he was “concerned” about China’s response, he was “not worried.”

“I’m not worried, but I’m concerned that they’re moving as much as they are,” Biden said, before adding: “I don’t think they are gonna do anything more.”