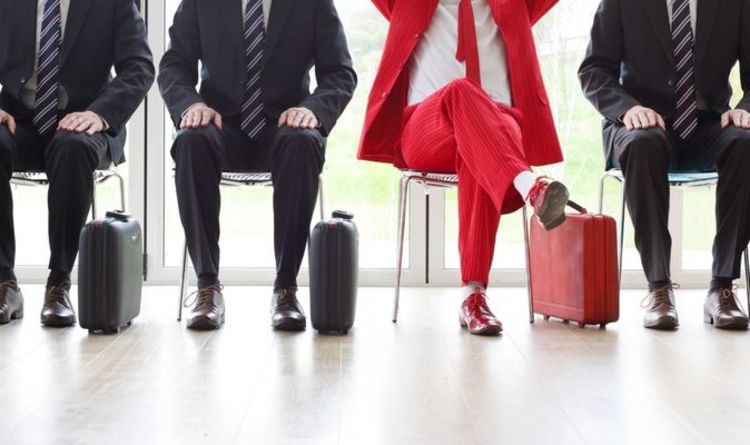 Despite the furlough scheme being implemented by the Government to support employees and businesses last year, many still struggled to make ends meet on their limited income as job vacancies, promotions and pay increases became scarce. But for individuals in these sectors, the future seems bright with personal services seeing a 34 percent wage increase since 2014, N.Rich reports.

Advertising experts N.Rich compared the Office for National Statistics (ONS) average wage figures from July 2014 to July 2021 and shared the insights they found through this research.

Companies providing personal services, such as dry cleaning, physical activities and funeral services have seen the highest increase in pay over the past seven years, despite still being the lowest-paid industry in the UK currently sitting at an average monthly income of £1,461.

The Agriculture, forestry and fishing industry has seen the second highest wage increases at 33 percent, going from an average of £1,349 in 2014 to £1,803 this year.

Whilst on the other hand, employees in the construction, social security and mining/quarrying saw the lowest average wage growth with all three sectors seeing barely 10 percent in increases. Wages in these sectors have increased by around £200 in the last seven years.

The Finance and insurance industry saw the largest rise in monetary value, increasing by £760 since 2014 and business that operate on a global scale, extraterritorial businesses, saw the second biggest leap with £707 average wage increase.

Despite having been shut down for majority of the past 19 months, the accommodation and food service industry is also on the upper end of the scale in terms of percentage increase, with a 25 percent rise, totalling around £218.

The households work sector, working for households that produce goods, saw an incredibly low increase in terms of monetary value, outdoing the construction sector with only a £147 increase over seven years.

Ultimately, for employees a high rise in percentage wage increases may not always improve their financial situation as it is the monetary value of that increase that will make the difference to their monthly expenses.

The prime example of this is the quarrying and mining sector, as they saw a rise of only 10 percent from 2014, but due to their already high-paying wages this has seen the sector achieve the highest average wage at £3,939 per month.

Likewise, the arts, entertainment and recreation sector joins the ranks of personal services with a percentage increase of 26 percent.

However, this has not changed their position as one of the lowest-paid roles, with an average monthly paycheque of £1,391, half of the average living costs in the UK.

Across all industries, the UK has seen an average wage increase of 23 percent, with the average Briton earning £380 more than they would have in 2014.

An N.Rich spokesperson commented on their findings: “This breakdown shows a number of interesting facts surrounding the UK’s most lucrative industries for personal financial growth over time.

“Although personal services have seen the highest percentage increase in average wage, it remains one of the lower paying sectors, while those in finance and insurance have enjoyed a significant rise in percentage, and the largest real terms increase.”

At the upper end of the scale, administrative and support services, wholesale, retail and motor vehicle repair as well as professional, scientific and technical sectors all saw a percentage increase of over 30 percent.

The highest average salary at the moment belongs to the finance and insurance sector sitting at £3,191. In spite of this, the number of employees in this sector in the UK has been in steady decline since 2001.

In 2014, energy production and supply sectors were the highest average earners at £2,794 monthly income.

lic ipo: Confident that LIC listing should happen by fourth quarter of this year: CEA…

‘It’s never stopped us doing anything’: How couple became mortgage…

bjp: BJP will get another opportunity to come to power in Maharashtra: Fadnavis