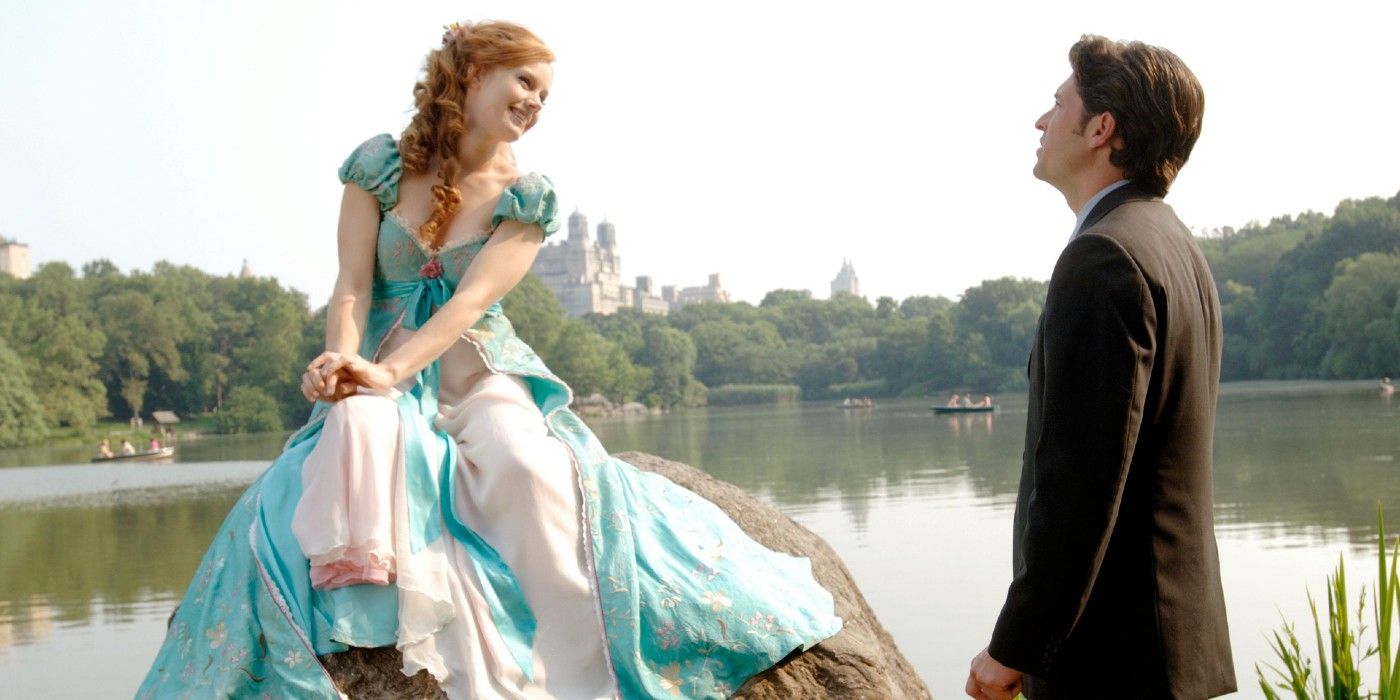 When can we expect to return to Andalasia?

Enchanted star Patrick Dempsey dropped some updates about the highly-anticipated (and long overdue) sequel Disenchanted, including when the project might begin filming. The actor let the news slip during an interview on Good Morning America earlier today.

“I just got this script for the second movie, and then I’m starting to go through and get notes together,” Dempsey said. He also added, “There’s talk that we’ll start shooting that in the spring.” While a spring shoot date feels a tad optimistic at the moment, considering COVID-19 infections and daily deaths are at an all-time high, the fact that the sequel is essentially set to begin production ASAP is likely welcome news for fans of the 2007 original.

Enchanted pulled stereotypical Disney Princess Giselle (Amy Adams) out of her animated storybook universe and into real-world New York City, where she meets disillusioned divorce lawyer Robert (Dempsey) and his daughter Morgan (Rachel Covey). Meanwhile, Giselle’s betrothed Prince Edward (James Marsden) follows her into the real-world to rescue her, with the Evil Queen Narissa (Susan Sarandon) and her conniving henchman Nathaniel (Timothy Spall) in hot pursuit to make sure Giselle never returns. It’s an extremely fun deconstruction of Disney’s animated films, punctuated by hilarious performances from Adams and Marsden in particular. The sequel was initially revealed back in December with Adams attached to reprise her role as Giselle. At the time of this writing, it’s unclear who else from the original cast will also be returning, if anyone, but I’m personally hoping for more of Marsden’s goofily narcissistic Prince Edward. Disenchanted will premiere exclusively on Disney+ at an unknown date, although with filming tentatively scheduled for this spring, it’s safe to assume that we won’t see the sequel until early 2022.

But where is ‘The French Dispatch’?