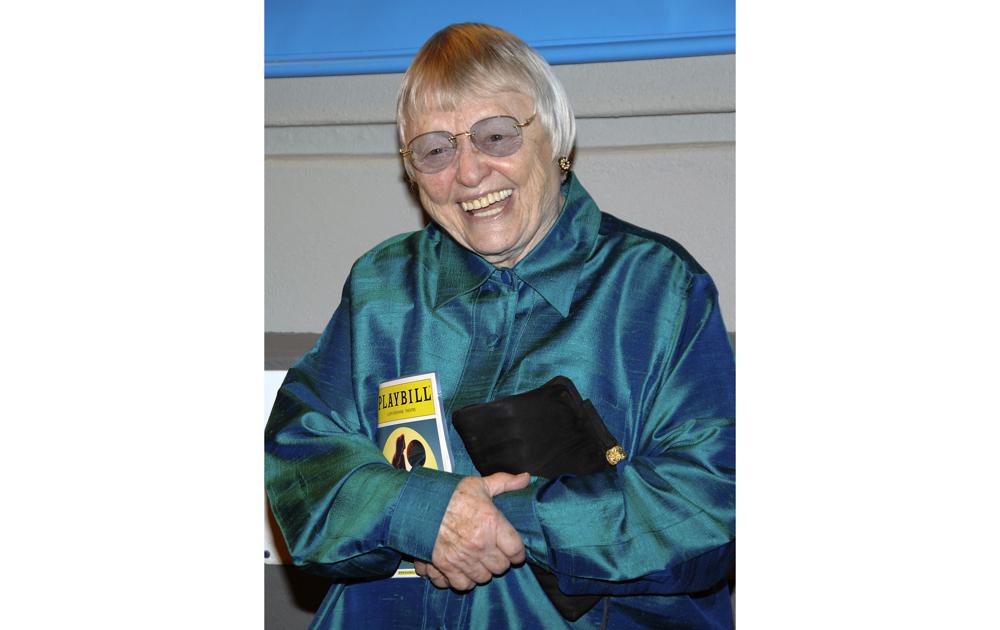 Pat Carroll, the Emmy-winning actress best known as the voice of the villainous sea witch Ursula in Disney’s “The Little Mermaid,” has died at the age of 95.

Carroll’s daughter, Kerry Karsian, told the Hollywood Reporter that her mother died from pneumonia at her home in Cape Cod, Massachusetts on Saturday.

Carroll’s other daughter, Tara Karsian, paid tribute to the star in an Instagram post on Sunday, asking fans to “honor her by having a raucous laugh at absolutely anything today (and everyday forward) because besides her brilliant talent and love, she leaves my sister Kerry and I with the greatest gift of all, imbuing us with humor and the ability to laugh…even in the saddest of times.”

Born in Shreveport, Louisiana in 1927, Carroll landed her first major role in the 1948 film “Hometown Girl.”

Over the next seven decades, she went on to appear in TV shows including “The Danny Thomas Show,” “The Red Skelton Show,” “Busting Loose” and “ER,” and she also guest-starred on “The DuPont Show” with June Allyson.

In 1956, she was awarded an Emmy for her work on Sid Caesar’s sketch comedy series “Caesar’s Hour.”

Carroll landed her first voiceover gig in 1966, for the animated television series “The Super 6.” In 1988, she voiced the role of Granny in the English version of the Japanese classic animation “My Neighbor Totoro.” But it was her performance a year later as one of Disney’s most memorable villains, in “The Little Mermaid,” that catapulted her to international fame. She also provided the vocals for the sea witches’ signature song, “Poor Unfortunate Souls.”

She later described the character of Ursula as one of her favorites and reprised the role in several “Little Mermaid” sequels, spinoffs, videogames and even theme park rides.

“My desire before I kicked the bucket was to do a Disney film,” Carroll told “The Complete Pioneers of Television Interview” earlier this year.

She added that she was “so thrilled” when she got a call from Disney to play the role a year after auditioning six times and prepared by pretending that Ursula was an ex-Shakespearean actress who sold used cars.

“I’ve never enjoyed anything so much in my life and I’m still getting fan mail from children around the world.”

Fact-Check: Muslim youth with a knife threatens a Hindu woman for marriage in Indore?

MCU Fans Share the Most Laughable Theories They’ve Ever Heard