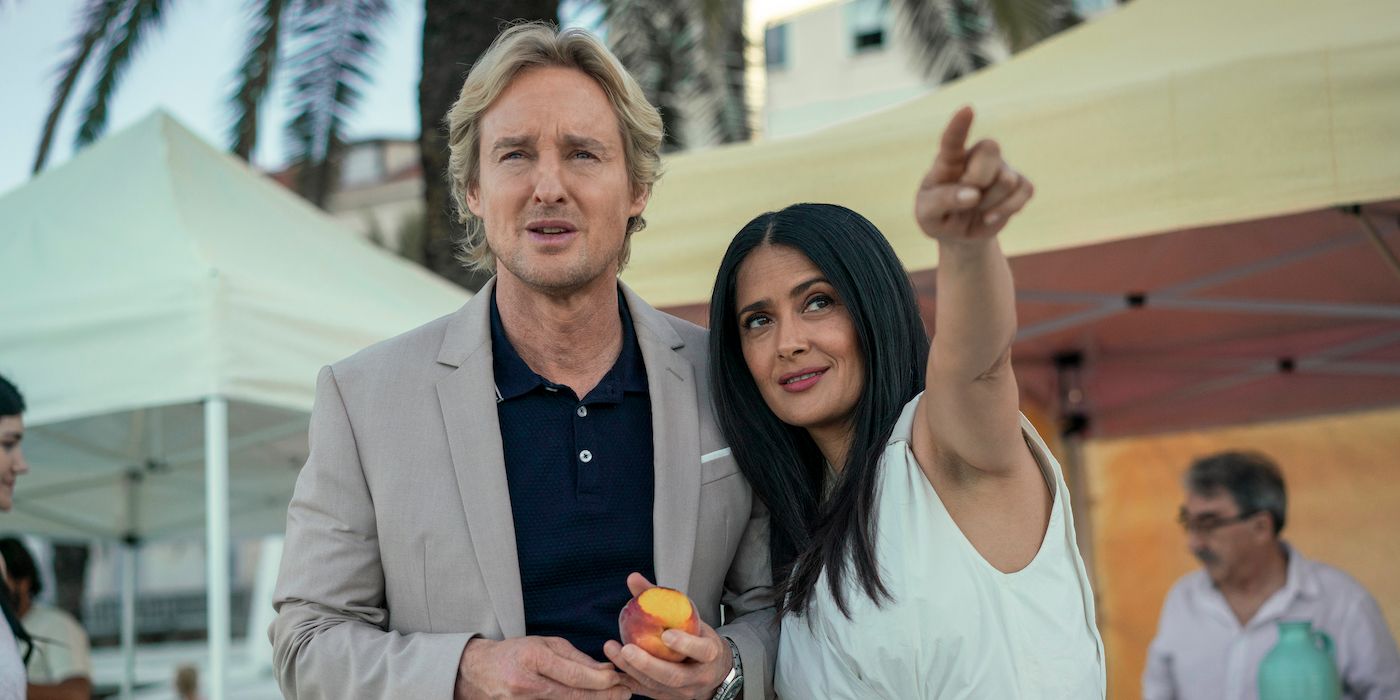 Move over, The Matrix trilogy because there’s a new reality-bending movie in town and that movie is Bliss. Amazon Prime Video has released the official trailer for Bliss, which teases a trippy sci-fi drama from writer/director Mike Cahill. If Cahill’s name doesn’t ring a bell (tut, tut), then perhaps his credits on indie sci-fi dramas Another Earth and I, Origins will. Knowing Cahill’s past work is key because Bliss looks to be a similarly grounded sci-fi story with compelling twists and turns. Plus, it stars Owen Wilson and Salma Hayek. What’s not to love?

The trailer for Bliss sets up an intriguing premise: What if your suspicions about living in a simulation weren’t just suspicions, but actually proveable? And what if you were able to move between the simulation and reality with ease? This is exactly the situation Greg (Wilson) finds himself in when he meets Isabel (Hayek). A chance encounter allows Isabel to reveal to Greg that the nature of their harsh, colorless world is not what it seems. Isabel can make objects move with the flick of her hand, stunning Greg and revealing it’s a fake. He and Isabel are a couple actually living in a far more glamorous and well-kept world and the grim one is her creation.

Bliss looks quite compelling. Wilson is poised for a major comeback in 2021 with the arrival of Disney+ series Loki later in the year. Adding Bliss to Wilson’s comeback (of sorts) line-up definitely sweetens the deal. He and Hayek also seem to have solid chemistry, per the trailer. While both actors are no strangers to stranger projects, this story is unlike anything they’ve done in recent memory. It should be fun to see how the work together in this mind-bending story.

Bliss debuts on Amazon Prime Video on February 5. Watch the official trailer below. For more, find out what’s coming to Amazon in January.

Here’s the official synopsis and poster for Bliss:

‘Bliss‘ is a mind-bending love story that follows recently divorced Greg whose life is falling apart meets the enchanting Isabel, a woman who lives on the streets and is convinced that the polluted, broken world around them is not real. She believes they are living in an ugly, harsh world simulation inside of the beautiful, peaceful “real” world of bliss. Doubtful at first, Greg eventually discovers there may be some truth to Isabel’s wild conspiracy theory.

Plus, could ‘WandaVision’ get a second season?

Should measles vaccine be given at six months instead of…

Goat Simulator 3 review – A wacky yet meaningful lesson in…