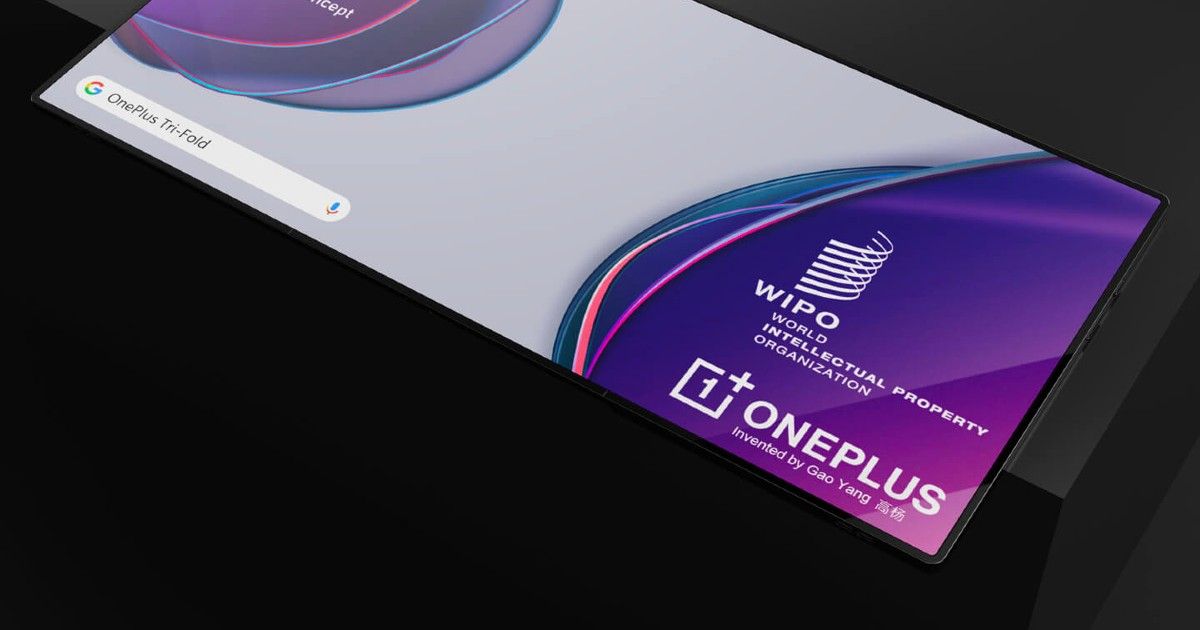 OnePlus could be working on a project dealing with foldable technology as a recently discovered patent reveals. The BBK Electronics-owned company could be working on a foldable phone with a triple display layout, two hinges, and a lockable handy slider. The triple display and double-hinged setup are striking as they could be a first in the field of foldable technology. Gradually tech companies are taking interest in foldable phones and are on a quest to perfect the technology as it could later turn out to be a game-changer when the need truly arises. Leading the way are companies like Samsung, Huawei, and Xiaomi while many other companies have dedicated teams working on similar projects.

The new information regarding what could be OnePlus’ first foldable phone has been uncovered and reported by LetsGoDigital. The data that has been revealed shows OnePlus’ rather unique approach to this technology. The patents indicate a tri-fold form factor with three displays, two hinges, and a lockable slider invented by Gao Yang. The document has been named as ‘Mobile Terminal’. This documentation has now been updated onto the World Intellectual Property Organization (WIPO) database. This is considered to be the global repository of patents and OnePlus’s patent reaching there gives a concrete indication of the validity of the work that has been put into the project.

Post this some digital renders of this technology that OnePlus has been working on has also surfaced which makes it more perceivable. The highly flexible ways to use the hinges give rise to an ample number of form factors that the prospective device can be used in. While this cool new technology can serve and cater to a lot of future needs, the complex nature of the arrangement will bring in numerous challenges especially when it comes to practical application and adaptation to production form.

Sorry Downton Abbey Fans, It’s Going To Be A Bit…