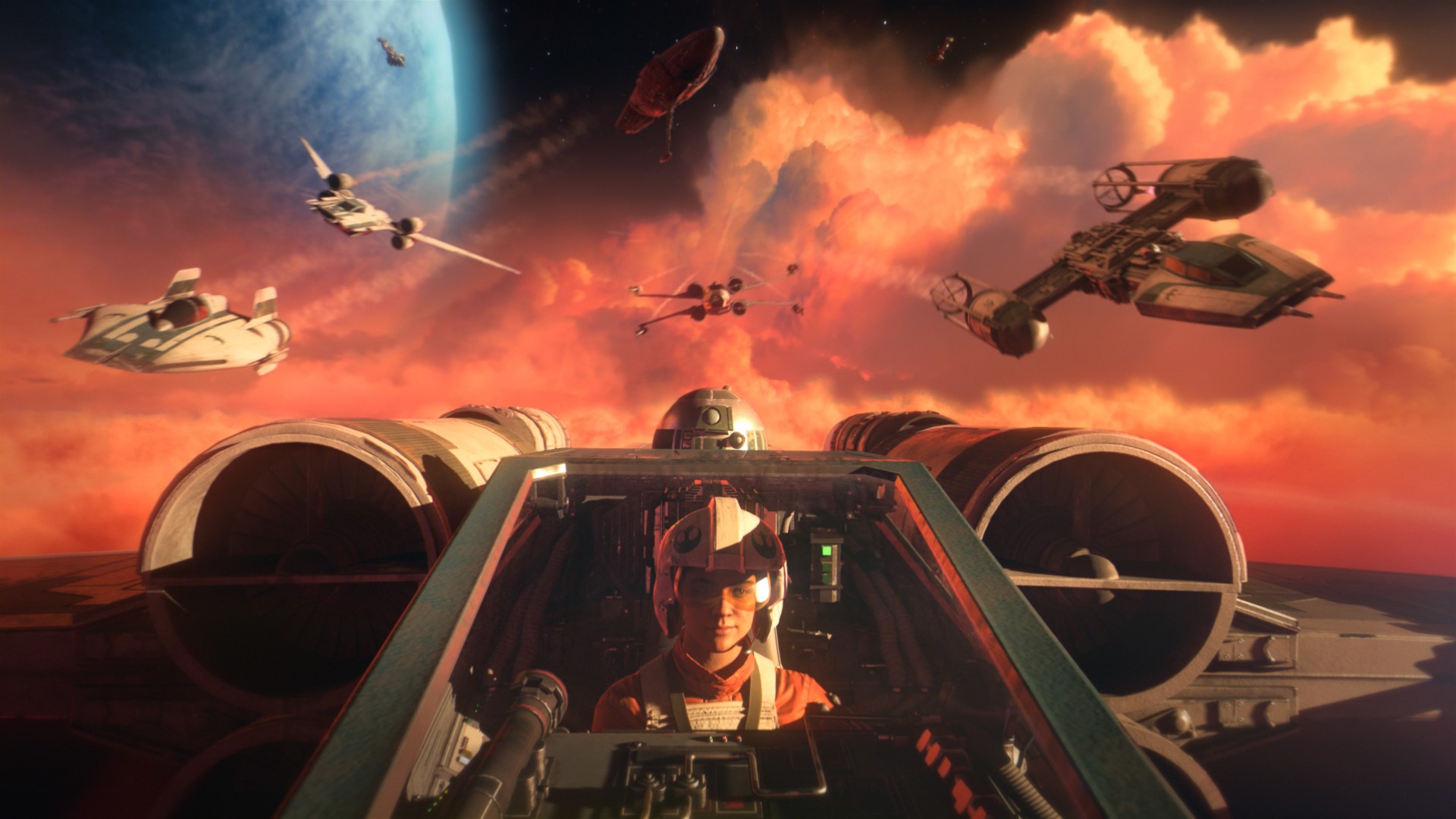 If you’ve ever dreamed of being an X-Wing pilot, here’s some great news: Star Wars: Squadrons will be one of the free games of the week at the Epic Games Store starting November 24. It’s a modern spin on the classic X-Wing and TIE Fighter simulation games of the ’90s, but with a fine degree of modern polish and flash courtesy of developer Motive Studios.

Squadrons is one of the best Star Wars games of the past several years, and you can read about why in our Star Wars: Squadrons review. It features a 14-mission single-player campaign that serves as a prelude and training exercise for multiplayer. In dogfight mode, you’ll race against another team of five pilots to be the first to score 30 kills. However, the more tactical experience can be found in Fleet Battles, which plays out as a kind of phased tug-of-war between two enemy battlecruisers.

It’s tremendous fun, and it looks great – even when you switch the action to VR, which Squadrons supports in both single- and multiplayer modes. There’s a lovely attention to detail in each fighter’s cockpit, all of which have the lived-in dinginess of their on-screen counterparts in the original three Star Wars films.

Since launch, Squadrons has seen several new content updates, including the addition of the iconic B-wing, as well as new maps.

Head to the Epic Games Store next week to claim your free copy of Star Wars: Squadrons. You can also check out the best free Steam games if you’d prefer to shop Valve’s storefront.