One in five work video calls freezes because of bad Wi-Fi, study finds 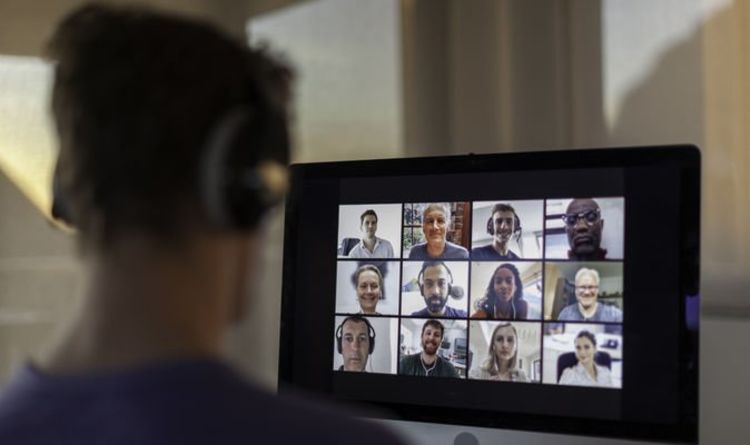 Research polling 2,000 adults found they have done an average of five video calls a week since the start of the pandemic. But a fifth of those also suffered delays, leading to awkward conversations as people tried to keep up with what was being discussed. Following the findings, an amusing gallery of some embarrassing mid-call freeze moments has been compiled.

It includes people being caught eating as the video screen freezes as well as those who lost connection while pulling an embarrassing facial expression.

Gareth Lister, director of connectivity at Virgin Media, which commissioned the research and compiled the images as part of the launch of Intelligent Wi-Fi Plus, said: “We understand how frustrating bad Wi-Fi can be and no one wants the shame of a frozen self-portrait.

“With work meetings and social events being held virtually, it’s more important than ever that your Wi-Fi is on point all of the time and reaches every part of your home.”The study also found that a quarter of adults lose patience with a frozen or lagging call after just 30 seconds of problems.Almost four in 10 are left feeling frustrated while 21 percent feel fed-up.

Of those polled, 15 percent admitted they have taken a screenshot of someone else after they froze on the screen and 11 per cent have had their photo taken.

To get around the connection issues, people have restarted devices (19 percent), moved closer to their router (12 percent) or even to another room (10 percent) in search of signal.

Gareth added: “People are going out of their way – quite literally to different rooms – to try and find a reliable W-Fi signal for crucial work calls or when catching up with family and friends.

“Intelligent Wi-Fi Plus with our new Wi-Fi Pods will provide faster and more reliable speeds throughout the entire home to help customers stay connected on all of their devices, in every room, all of the time.”

With the nation once again under lockdown restrictions, Brits most want to improve Wi-Fi in their office or work from home space (16 percent) and in their living rooms to watch Ultra-HD TV (13 percent) during the lockdown.

1. Everyone speaking at once

2. Struggling to hear someone but not wanting to say ‘pardon’ again

4. Speaking before realising you’re on mute

5. Not being able to see everyone on the call at once

6. Not knowing when to jump in the conversation

9. The call crashing and having to log back in

10. The call time running out and having to log back in

Two years in, Sony wants to bring 360 Reality Audio to the masses

Gal Gadot Reveals When And Why She Cried Watching Wonder…