On eve of Hall induction, Tim Hardaway says of Heat career, ‘It all happened beautifully’ – The Mercury News 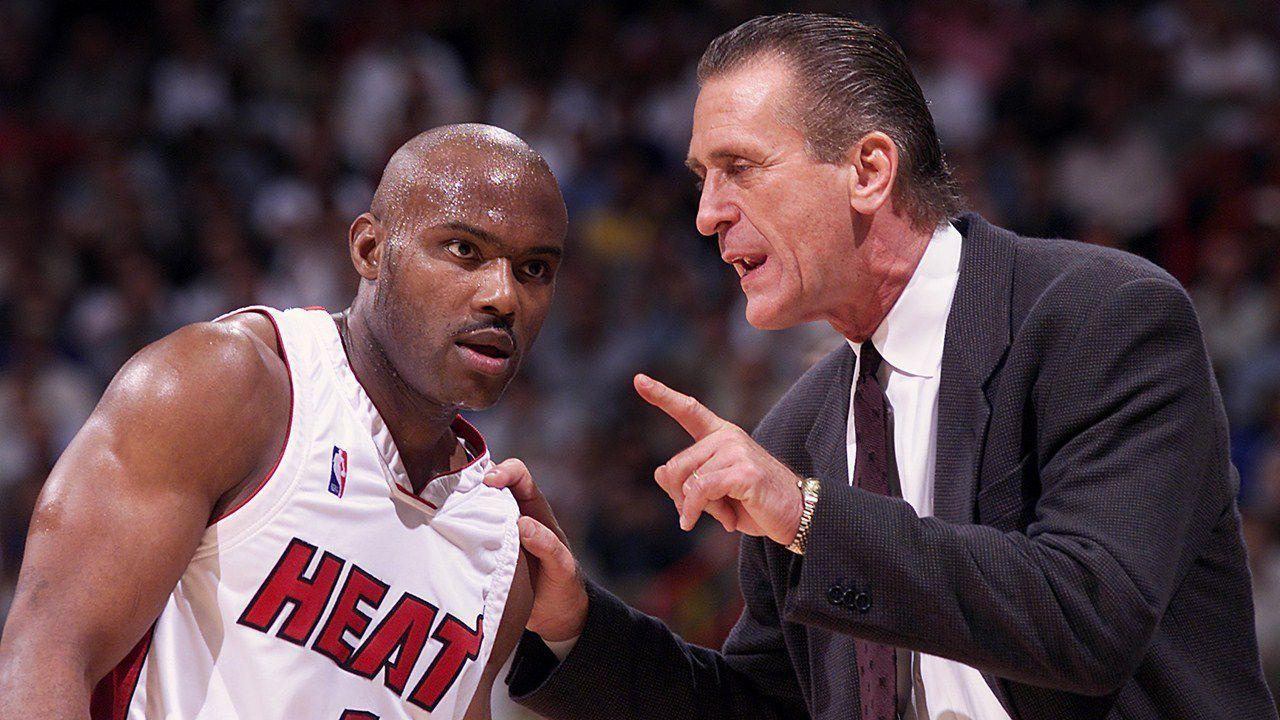 The speech on Saturday night at the Naismith Memorial Basketball Hall of Fame will be decidedly longer.

But asked to describe his time with the Miami Heat, Tim Hardaway needed only four words.

“It all happened beautifully,” Hardaway said to the Sun Sentinel during a break from finalizing the words he will offer in Springfield, Mass.

The call to the Hall also encompasses Hardaway’s time at Carver high school in Chicago, tenure at the University of Texas-El Paso, Team USA play and, of course, as a leading man of the Golden State Warriors’ high-octane Run TMC offense, time alongside Hall of Famers Mitch Richmond and Chris Mullin.

But from a South Florida perspective, a time when a second chance from Pat Riley led to an NBA rebirth, it all comes down to a single moment in time.

On February 22, 1996, after falling out of the Warriors’ starting lineup amid concern that his knees were shot, Hardaway was dealt to the Heat as part of a franchise-altering 10-player trade.

Then, three days later, the still-explosive 6-foot point guard arrived with a 20-point, nine-assist effort in a victory over the Philadelphia 76ers.

From four games below .500 upon his arrival, the five-time All-Star would help lead the Heat to six consecutive playoff berths, after there had been just two in the franchise’s first seven years, one in the previous three.

“That night, right there, is when I started having fun again, and started enjoying the game of basketball again, and wanted to show everybody that I wasn’t done and had a hell of a lot still to give,” Hardaway, 56, said with the same robust enthusiasm that sparked the Heat’s offense more that two decades ago. “And all of us came together and embraced that challenge and had fun embracing that challenge.”

Hardaway offered his thoughts in the wake of Heat captain Udonis Haslem formally signing back on for his 20th season with the team. In announcing his return, Haslem spoke of being the face of Heat Culture.

“I think the Heat culture started in ‘96-97,” Hardaway said of his first full season with the Heat. “It didn’t happen when Pat Riley arrived [in 1995-96], because he hadn’t put his team together.

“Once the team in ‘96-97 got complete and we went out there and practiced, got out and worked, went out there and played, we just wanted to win. We had fun playing with each other and together and we could always count on each other to get in that foxhole and know that everybody had each others’ back. And that’s where it started.”

In that regard, Hardaway offered a list of those he associates with Heat Culture long before the eras of Haslem, Dwyane Wade, Shaquille O’Neal and, now, Jimmy Butler.

It was during the start of 1995-96, before his midseason trade, when Hardaway began planting seeds with Mourning.

“I told Zo to tell Pat, ‘You need a point guard like me to come in and run this team,’ and I know I can do it,” Hardaway said. “I told Zo, ‘Tell him to trade for me, and we’ll get him in the playoffs.’ I don’t know if [Riley] believed me or not. I just think he was like, ‘What the hell, let me take a shot, because right now, it’s not going to happen.’ “

So as the Heat fell six games below .500, losing touch with the playoff race, with Riley in danger of missing the postseason for the first time in his 14 season as coach, Hardaway was given a stage for his second act.

“I know I needed to get out of that situation in Golden State,” Hardaway said. “I knew I could still play at a high level and back to where I needed to get to at an All-Star level. It’s kind of like we both needed each other. Pat needed me; I needed Pat. And Zo needed both of us to get to the next level.

“That’s how it came around and evolved. I just think we needed each other. And it all happened beautifully, for all three of us.”