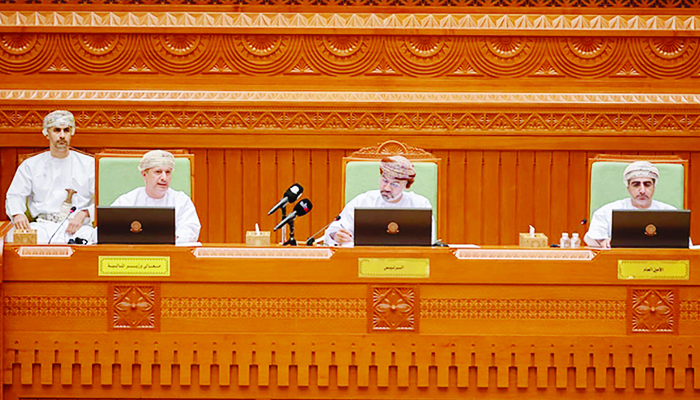 Government’s pragmatic policies have led to fiscal surplus and decline in public debt.

Muscat: Some economic sectors in Oman are experiencing growth and improvement in fiscal indicators, mostly resulting from a rise in oil prices that peaked to record levels, Sultan Salim Al Habsi, Minister of Finance, said on Wednesday.

Speaking at a closed-door session of discussion on the draft version of State Budget 2023 which was hosted by the Shura Council, the minister said the estimates of the budget has taken into account the priority of maintaining the level of spending in basic services such as education, health, housing and social care, in addition to continuing policies to support economic diversification by expanding the participation of the private sector in economic development.

The session also discussed the importance of boosting development project’s expenditures as they are associated with execution of the current plan projects and provision of the required liquidity for the support of the economic activities.
The session touched on the social protection system and the importance of its implementation in conjunction with the approval of the draft state general budget 2023.

In addition, he said the budget will continue with policies to support economic diversification by expanding the participation of the private sector in economic development.

The closed-door session at the Shura Council also dealt with discussing important features with regard to financial, economic and social aspects.

Al Habsi said the improvement in the key positive economic indicators of Oman was due to financial and economic measures taken in the State Budget 2022. This has led to a fiscal surplus that contributed also to a decline in public debt, he further added.

However, the minister cautioned against the fact that enduring geopolitical fluctuations and changing global scenarios may impact the future of the state’s fiscal stability.

He further pointed out that the State Budget 2023 was drafted bearing in mind precautionary policies to address financial and economic challenges, as well as a determination to achieve the national goals of the 10th Five Year Plan (2021-2025).

The session also covered other salient features of the budget—its financial, economic and social aspects. He also outlined the policies governing allocations for development projects, the mechanisms of the Omani economy, an upgrade in Oman’s credit rating, deficit and debt management during 2023.

The session also stressed the need to cut down the actual cost of production of oil (per barrel) so that it could tally with the sustainable oil sector costs, while at the same time leveraging any potential gains to the advantage of social priorities.

The meeting was part of the second ordinary session of the Shura Council’s 4th annual convening during the 9th Term.

Thanksgiving Makeup: The Case for Looking Glamorous This Holiday