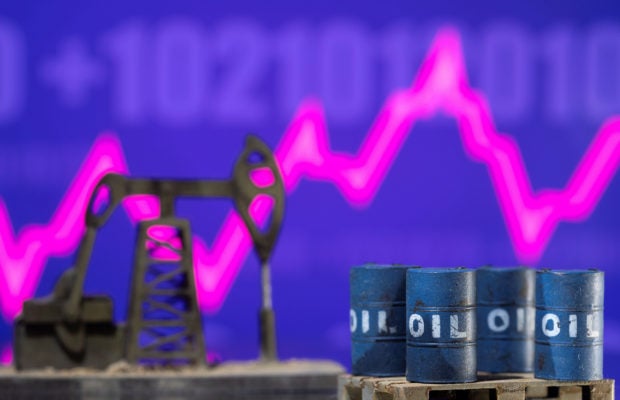 Oil prices rose on Friday on optimism that the U.S. Federal Reserve will ends its tightening cycle, buoying the economy and boosting fuel demand.

The benchmarks were on track for a second straight week of gains. Both closed 1 percent higher on Thursday, near their highest closing levels since Dec. 1.

According to most economists in a Reuters poll, the Fed will end its tightening cycle after a 25 basis point hike at each of its next two policy meetings, and then likely hold interest rates steady for at least the rest of the year.

Federal Reserve Bank of New York President John Williams said on Thursday the U.S. central bank has more rate hikes ahead, and sees signs inflationary pressures might be starting to cool off from torrid levels.

A number of other Fed officials have expressed support for a downshift in the pace of rate rises.

Meanwhile the dollar index was headed for a second consecutive weekly decline. A weaker dollar makes crude, priced in the currency, cheaper for foreign buyers.

Also extending support to prices, Chinese oil demand climbed by nearly 1 million barrels per day (bpd) from the previous month to 15.41 million bpd in November, the highest level since February, according to the latest export figures published by the Joint Organisations Data Initiative.

Is $1 Million Enough to Retire Early?

Here is why the new ‘sur’ currency of Brazil and…

How to watch Biden’s 2023 State of the Union address

Now available with ESP and hill hold as standard [Video]