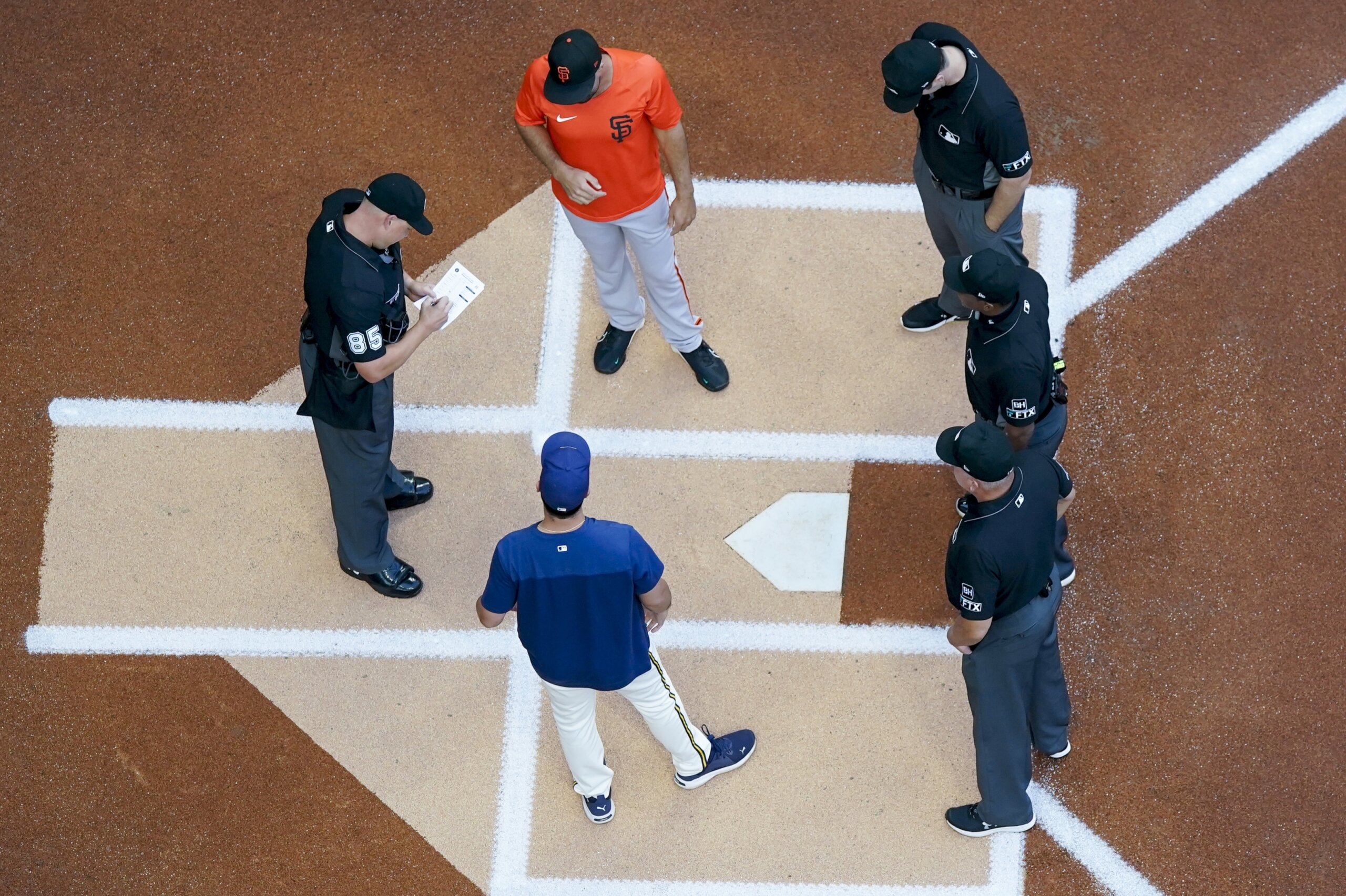 MILWAUKEE (AP) — There was more than one opportunity for sibling rivalry Thursday in a Milwaukee Brewers-San Francisco Giants doubleheader that featured two sets of brothers.

Brewers left-hander Taylor Rogers and Giants right-hander Tyler Rogers are twins who were warming up at the same time late in the opening game. Giants lefty Scott Alexander and his younger brother, Brewers right-hander Jason Alexander, conducted the lineup exchange before the second game.

“It was weird,” Scott Alexander said. “While we were playing catch, I saw him over there playing catch and it was hard not to keep looking over to see what he was doing. I’m sure it will hit days from now, but definitely a special moment.”

According to Elias Sports Bureau, the last time two sets of brothers played against each other in the same game was Aug. 6, 1977, when St. Louis’ Hector Cruz and Bob Forsch and Houston’s Jose Cruz and Ken Forsch all played in a game the Cardinals won 3-1.

Elias’ records only accounted for instances in which all four siblings saw action in the game. Only Tyler Rogers and Scott Alexander played in the opening game of Thursday’s doubleheader, a 2-1 Brewers victory.

Jason Alexander was unlikely to appear in either game of the doubleheader because he’s the Brewers’ scheduled starter Friday against the Cincinnati Reds.

Even so, the siblings considered this a special moment.

The Alexanders said this was the first time they had ever been involved in the same game as teammates or opponents. Scott is almost four years older than Jason.

“So we missed each other in high school and things like that,” Scott Alexander said. “That was the first time we’ve ever been on the field at the same time.”

Disney considered buying Twitter in 2016 but found many bogus accounts