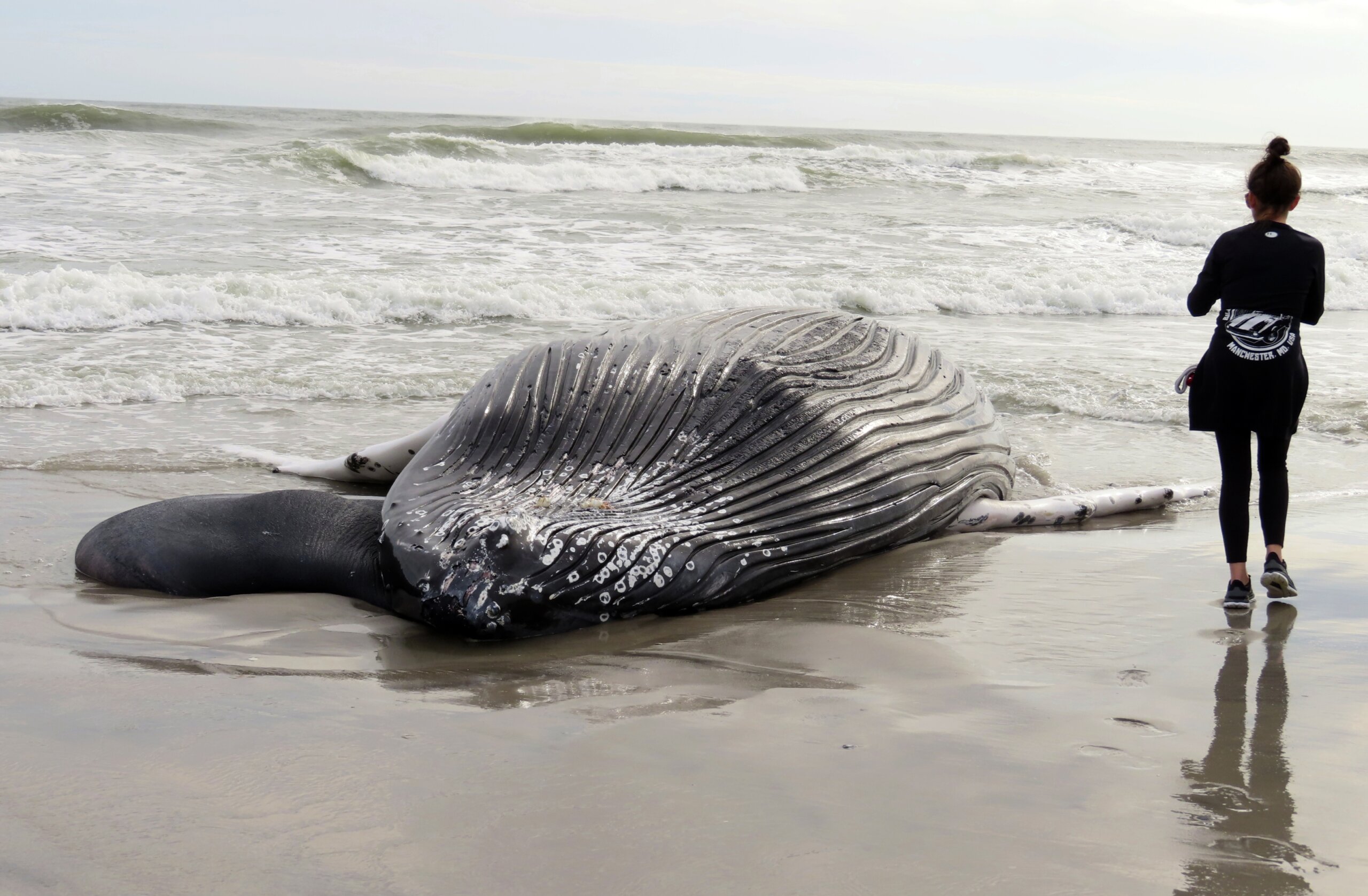 BRIGANTINE, N.J. (AP) — Marine animal welfare officials say the most recent whale found dead on a New Jersey shoreline had apparently been struck by a vessel.

The Marine Mammal Stranding Center said Sunday that preliminary results of a necropsy on the humpback whale that washed up Thursday on the North End Natural Area in Brigantine indicates that the animal had “blunt trauma injuries consistent with those from a vessel strike.”

“Injuries and hemorrhaging were observed on the head and thoracic region, as well as along the right side and the pectoral flipper,” the center said in a statement. “These findings will be confirmed through laboratory analysis in the coming weeks.”

The whale was a 32-foot, 7-inch female estimated to weigh about 12 tons and was apparently in good condition judging by the thickness of its blubber, the center said.

“The whale’s stomach was full of partially digested fish and there was fecal matter in the intestines, indicating the whale had been actively feeding prior to these injuries,” the center said.

“Vessel strikes and entanglement in fishing gear are the largest known human threats to whales of all species,” the center said. “Although there has been speculation about whether these whale deaths are linked to wind energy development, at this point no whale mortality has been attributed to offshore wind activities.”

Brigantine, just north of Atlantic City, has seen two other dead whales on its beaches in recent weeks, among the seven whale deaths in a little over a month in New Jersey and New York.

Some lawmakers have called for a temporary pause in ocean-floor preparation work for offshore wind projects in the two states. New Jersey’s governor said he doesn’t agree with that idea. Most of New Jersey’s environmental groups called an association between the deaths and the offshore wind work “unfounded and premature.”

The center also said there are currently a lot of large whales in waters off New Jersey, likely attracted by small fish they feed on that are also attracting stripers or striped bass. Officials urged boaters to travel slowly (less than 10 knots) and keep an eye out for whales.