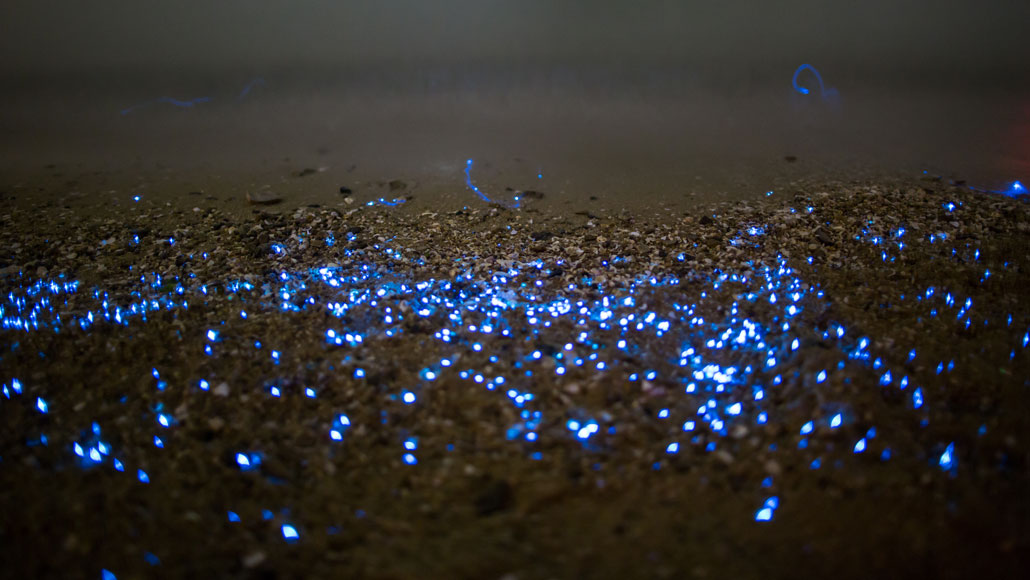 A more acidic ocean could give some species a glow-up.

As the pH of the ocean decreases as a result of climate change, some bioluminescent organisms might get brighter, while others see their lights dim, scientists report January 2 at the virtual annual meeting of the Society for Integrative and Comparative Biology.

Bioluminescence is de rigueur in parts of the ocean (SN: 5/19/20). The ability to light the dark has evolved more than 90 times in different species. As a result, the chemical structures that create bioluminescence vary wildly — from single chains of atoms to massive ringed complexes.

With such variability, changes in pH could have unpredictable effects on creatures’ ability to glow (SN: 7/6/10). If fossil fuel emissions continue as they are, average ocean pH is expected to drop from 8.1 to 7.7 by 2100. To find out how bioluminescence might be affected by that decrease, sensory biologist Tom Iwanicki and colleagues at the University of Hawaii at Manoa gathered 49 studies on bioluminescence across nine different phyla. The team then analyzed data from those studies to see how the brightness of the creatures’ bioluminescent compounds varied at pH levels from 8.1 to 7.7.

As pH drops, the bioluminescent chemicals in some species, such as the sea pansy (Renilla reniformis), increase light production twofold, the data showed. Other compounds, such as those in the sea firefly (Vargula hilgendorfii), have modest increases of only about 20 percent. And some species, like the firefly squid (Watasenia scintillans), actually appear to have a 70 percent decrease in light production.

For the sea firefly — which uses glowing trails to attract mates — a small increase could give it a sexy advantage. But for the firefly squid — which also uses luminescence for communication — low pH and less light might not be a good thing.

Because the work was an analysis of previously published research, “I’m interpreting this as a first step, not a definitive result,” says Karen Chan, a marine biologist at Swarthmore College in Pennsylvania who wasn’t involved in the study. It “provides [a] testable hypothesis that we should … look into.”

The next step is definitely testing, Iwanicki agrees. Most of the analyzed studies took the luminescing chemicals out of an organism to test them. Finding out how the compounds function in creatures in the ocean will be key. “Throughout our oceans, upward of 75 percent of visible critters are capable of bioluminescence,” Iwanicki says. “When we’re wholescale changing the conditions in which they can use that [ability] … that’ll have a world of impacts.”