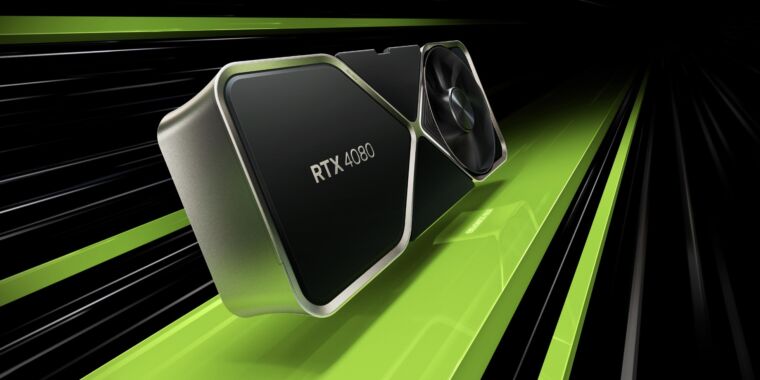 Nvidia has released a firmware update tool for its new GeForce RTX 4090 and 4080 GPUs to fix a bug that could break display output, causing the GPU to show a blank screen when being used without drivers installed. The issue only affects “certain motherboards,” and Nvidia says it “should only be applied if blank screens are occurring on boot.” (We installed it on an RTX 4080 Founders Edition in an Asus motherboard that was working normally and didn’t notice any adverse effects.)

Obviously, you aren’t buying a GPU to use it with no drivers installed. But if you’re adjusting BIOS settings, performing a fresh Windows install, or booting up for the first time after installing a new GPU, you need your GPU to be able to draw a basic image without having drivers loaded. The problem doesn’t affect everyone, but if you notice a blank screen when you first boot your computer after installing an RTX 4090 or 4080, this firmware update may fix your problem.

If the bug is preventing you from installing the firmware update in the first place, Nvidia recommends connecting “using an alternate graphics source” like an integrated GPU or secondary GPU, or allowing your system to sit with a blank screen until it can install a driver on its own; Windows Update can usually grab a functional driver for most GPUs by itself, though you’ll want to download and install the newest version to take advantage of new fixes and optimizations. The update can be applied to Founders Edition cards from Nvidia or any RTX 4090 or 4080 made by Nvidia’s partners.

Nvidia is continuing to investigate a separate issue related to the new GPUs’ power connector, which can overheat and cause damage if not connected properly.

Yuvraj calls Shubman Gill a strong contender to open for…

Your dog’s behavior is a product of their genes…