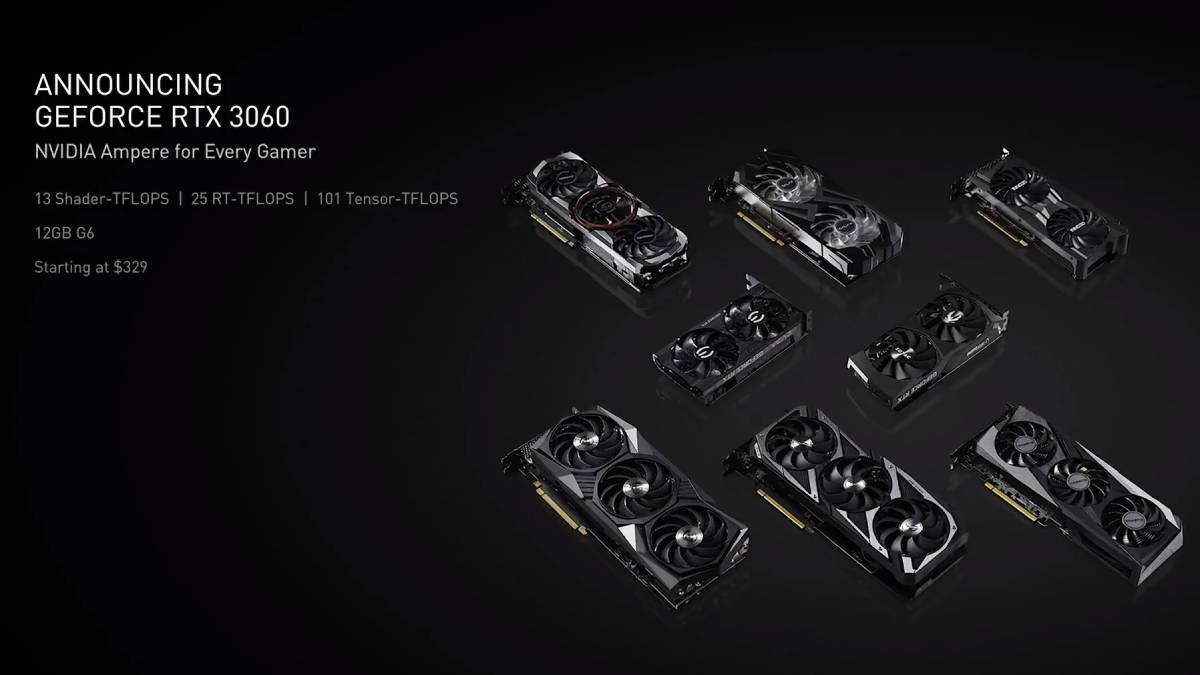 Official pricing in India is not yet known, but could be complicated due to the fact that there doesn’t appear to be an official Nvidia Founders Edition graphics card. Nvidia partner brands including Asus, Zotac, Gigabyte, MSI, Innovision 3D, Colorful, Palit, PNY, EVGA and Gainward will sell GeForce RTX 3060 cards with custom designs and coolers, and will determine their own pricing. Supply constraints might also push prices up – GeForce RTX 30-series cards are difficult to find and continue to be sold at high markups ever since their launch in India. Cards will go on sale in “late February”.

Compared to the popular GeForce GTX 1060, Nvidia says the new GeForce RTX 3060 can deliver twice the raster performance and 10x the ray tracing performance. Gamers can expect to play brand new titles such as Cyberpunk 2077 with ray tracing enabled at 60fps. This new GPU uses the same Ampere architecture as its beefier siblings, with next-gen RT and Tensor cores for ray tracing and AI acceleration, including DLSS resolution upscaling.

The GeForce RTX 3060 features 12GB of GDDR6 memory on a 192-bit bus, which is oddly a higher amount than even the GeForce RTX 3080’s 10GB, though it will have lower memory bandwidth overall. A new feature is resizable BAR (Base Address Register) which will allow modern CPUs to access the entire GPU frame buffer, potentially helping performance in games. Software features common to the GeForce RTX 30-series include Nvidia Reflex and Nvidia Broadcast for pro gamers and streamers.