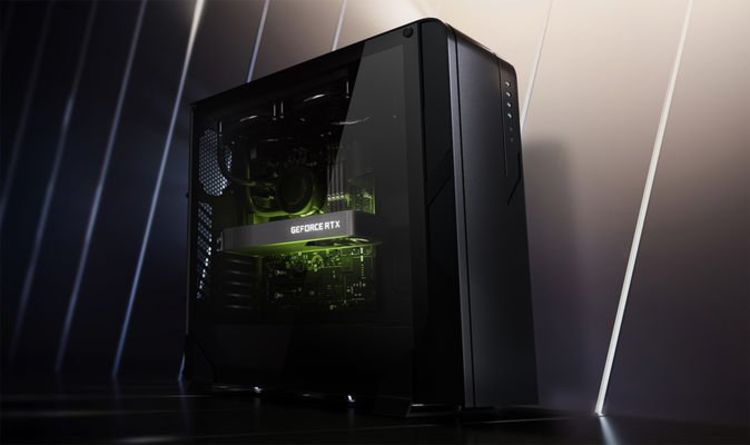 Nvidia GeForce RTX 3060 has been announced during this year’s CES event.

The brand new NVIDIA graphics card is being positioned as the successor to the GTX 1060, which is currently the most popular card used on Steam.

However, with games becoming increasingly more demanding, NVIDIA has decided that now is the time to launch a new entry-level card for the masses.

The NVIDIA GeForce RTX 3060 has been given a late-February release date, where it will launch with a price tag of £299.

The new card is said to provide twice the raster performance and ten times the ray tracing performance of the GeForce GTX 1060.

“Now, however, it’s starting to show its age as the production values of the latest and greatest games continue to improve, demanding more and more from your GPU.

As NVIDIA points out, the aforementioned games become unplayable with advanced features like ray-tracing turned on.

This is where the RTX 3060 will provide a huge advantage, supporting ray-tracing in the latest games such as Control and Cyberpunk 2077.

You can get a closer look at the GeForce RTX 3060 doing its thing in the gameplay demonstration above.

Of course, it also supports NVIDIA DLSS, which means improved frame-rates in more than 40 games.

According to NVIDIA, the RTX 3060 will take advantage of many of the company’s latest innovations.

This includes NVIDIA Reflex technology, which is said to reduce system latency in competitive multiplayer games.

The GeForce RTX 3060 will also make life easier for streamers and content creators, featuring support for the company’s Broadcast system

“NVIDIA Broadcast uses Tensor Cores and AI to enhance your live streaming and conference calls with near-magical noise removal, virtual green screens, and more features that transform your space into a home studio.

“This allows content creators to significantly reduce the time it takes to create amazing content, be it videos, photos, or 3D animations.

“Creators get full support from the NVIDIA Studio ecosystem, which provides content creators with the best performance and experience, including hardware acceleration in leading creative apps, AI-assisted workflows, and NVIDIA Studio drivers for increased stability.”

The COVID-19 Virus Is Mutating. What Does That Mean for Vaccines?