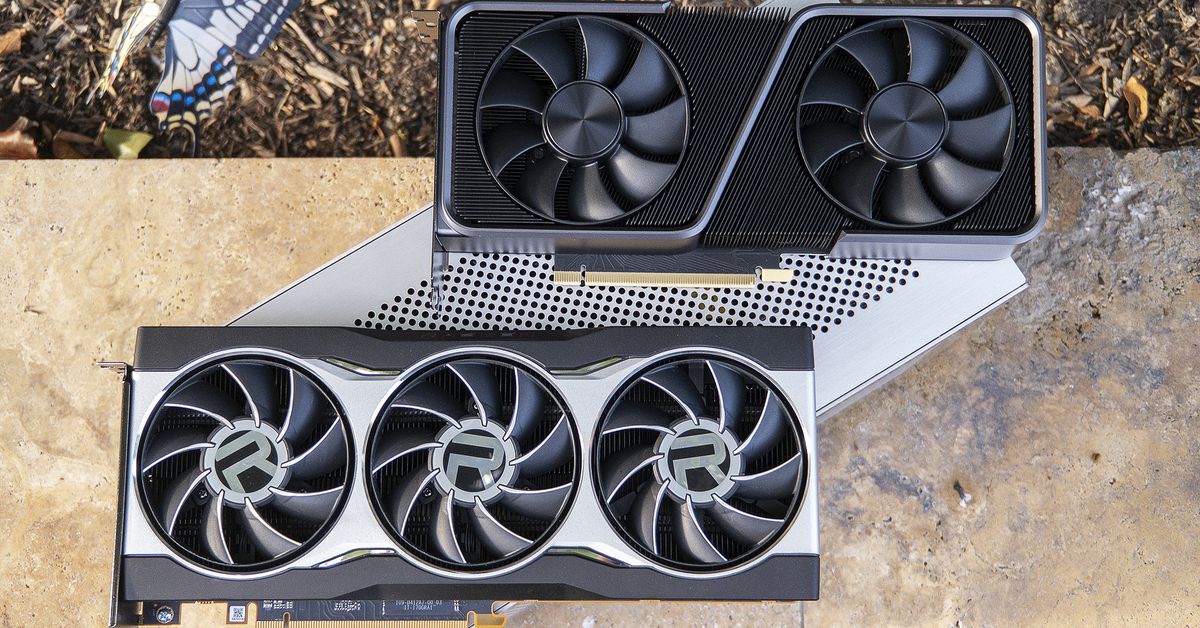 Nvidia’s new RTX 3080, 3070, 3060 Ti and 3090 and the AMD RX 6800 and 6800 XT are all incredibly hard to find, selling out instantly whenever they appear, due to an incredible level of demand that makes these GPUs worth many hundreds of dollars more than MSRP. A Trump tax and surging cryptocurrency prices may be about to make them even more expensive, too. Many older graphics cards are sold out online as well.

This week, Nvidia and AMD finally have some updates — and it’s bittersweet news.

On the plus side, AMD tells The Verge it expects to sell more of its own reference design RX 6800, 6800 XT and RX 6900 XT cards on its own website in the first quarter of 2021 at their sticker prices, which should mean $579, $649 and $999 instead of inflated ones. But AMD is only committing to make them available “to as many gamers as possible,” which may not reassure buyers who felt AMD had a paper launch to begin with.

Nvidia, meanwhile, is now saying that supplies of its GPUs to both consumers and partners “will likely remain lean through Q1,” and we’re not even talking about the first quarter of the year — Nvidia’s fiscal Q1 doesn’t end until late April. That’s an awfully long wait.

Again, it’s demand, not just supply constraints, that are keeping graphics cards out of our hands. Nvidia tells us that since launch, its $499-and-up RTX 30-series GPUs have sold almost twice as much as the RTX 20-series did after the same amount of time. (The RTX 30-series is a much bigger upgrade than the previous gen was, mind you — there weren’t a lot of games that took advantage of Nvidia’s ray tracing at the time, and people’s GTX 10-series cards were still holding up just fine.)

Nvidia does at least seem to think crypto miners aren’t snapping up all the cards quite yet, despite the sky-high prices we’ve recently seen for Bitcoin and Ethereum.

“If crypto demand begins or if we see a meaningful amount,” said CFO Colette Kress at a recent investor conference, “we can also use that opportunity to restart the CMP product line to address ongoing mining demand.” CMP refers to Nvidia’s dedicated crypto mining GPUs, which strip away the video ports miners don’t need because they aren’t driving graphics to a monitor, making them them more profitable for Nvidia.

Only Asus has admitted to higher GPU prices so far

Neither Nvidia nor AMD are talking about whether Trump’s taxes might impact the price of their partners’ graphics cards right now and by how much. AMD would only say that it “will also continue supporting our partners in the development of their custom AMD Radeon RX 6000 Series graphics card designs,” which is a big step back from what it told Hardware Unboxed in November about how partners should be able to sell the RX 6800 XT at its original $649 MSRP within eight weeks.

During their back-to-back CES 2021 keynotes today, AMD praised how its new graphics cards gave the company “leadership at the high end” and noted that “many gamers are excited about the Radeon RX 6000 series,” while Nvidia acknowledged that “these products have been hard to find, and we want to thank you for your patience as we continue to work hard to catch up.”

It’s going to be a wait, and you shouldn’t be surprised if Nvidia’s just-announced $329 GeForce RTX 3060 is hell to buy, just like its predecessors. Like many have asked: why can’t we just buy one and they ship it when it’s ready?

Dakar Rally: CS Santosh Cleared To Be Flown Back To India After Horror Crash

Darren Aronofsky’s Next Movie The Whale Will Star Brendan Fraser