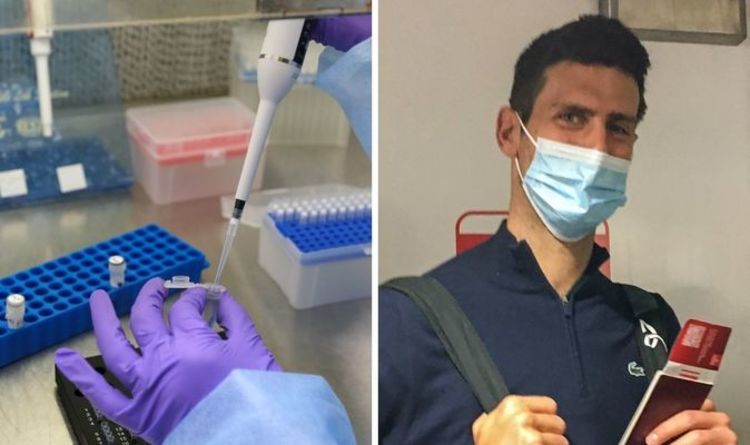 Novak Djokovic owns a majority stake in a biotechnology company which is working on a way to immunise people against Covid without a vaccine. The Serbian tennis star has been vocal in his opposition to jabs, and appears to be actively invested in finding a way for others like himself to be protected without the need for a needle.

It was revealed by Reuters on Wednesday that Djokovic has purchased an 80% share of QuantBioRes, which is headquartered in Copenhagen.

The firm is working on a way to counter the virus without the need for people to get one of the vaccines currently on offer.

Chief executive Ivan Loncarevic told Reuters that Djokovic made the investment more than a year ago, clarifying that it was not a response to his recent troubles in Australia.

Djokovic travelled to Australia at the start of the month with the plan of taking part in the Australian Open, but was held at the airport in Melbourne over a visa issue.

That document was cancelled, leading to the tennis star spending several days in detention and facing two separate court appeals in his fight to stay and play.

QuantBioRes and its team of 11 researchers are currently working in Denmark, Australia and Slovenia to develop such a treatment.

The peptide they are working on would, in theory, stop the virus from being able to infect human cells.

Loncarevic went on to tell Reuters that the company plans to launch clinical trials of their treatment in the UK this summer.

If such a treatment is how Djokovic plans to immunise himself against Covid, those trials would come too late for him to have that protection in time for this year’s major tournaments.

Even assuming trials are successful and competition organisers and worldwide governments accepted the treatment as a viable form of immunisation, by the time it is available all four Grand Slams this year would already be over.

That means there is a real threat that the world number one might not be able to play in those major events.

French officials have already stated all athletes will need to be vaccinated or have a genuine medical reason why they have not had the jab, so an appearance at Roland Garros in May could be off the cards.

Organisers at Wimbledon and the US Open are yet to announce what criteria players would need to meet in order to take part in the summer.

Prince Charles Invites Sussexes to Visit Him Amid Security Concerns