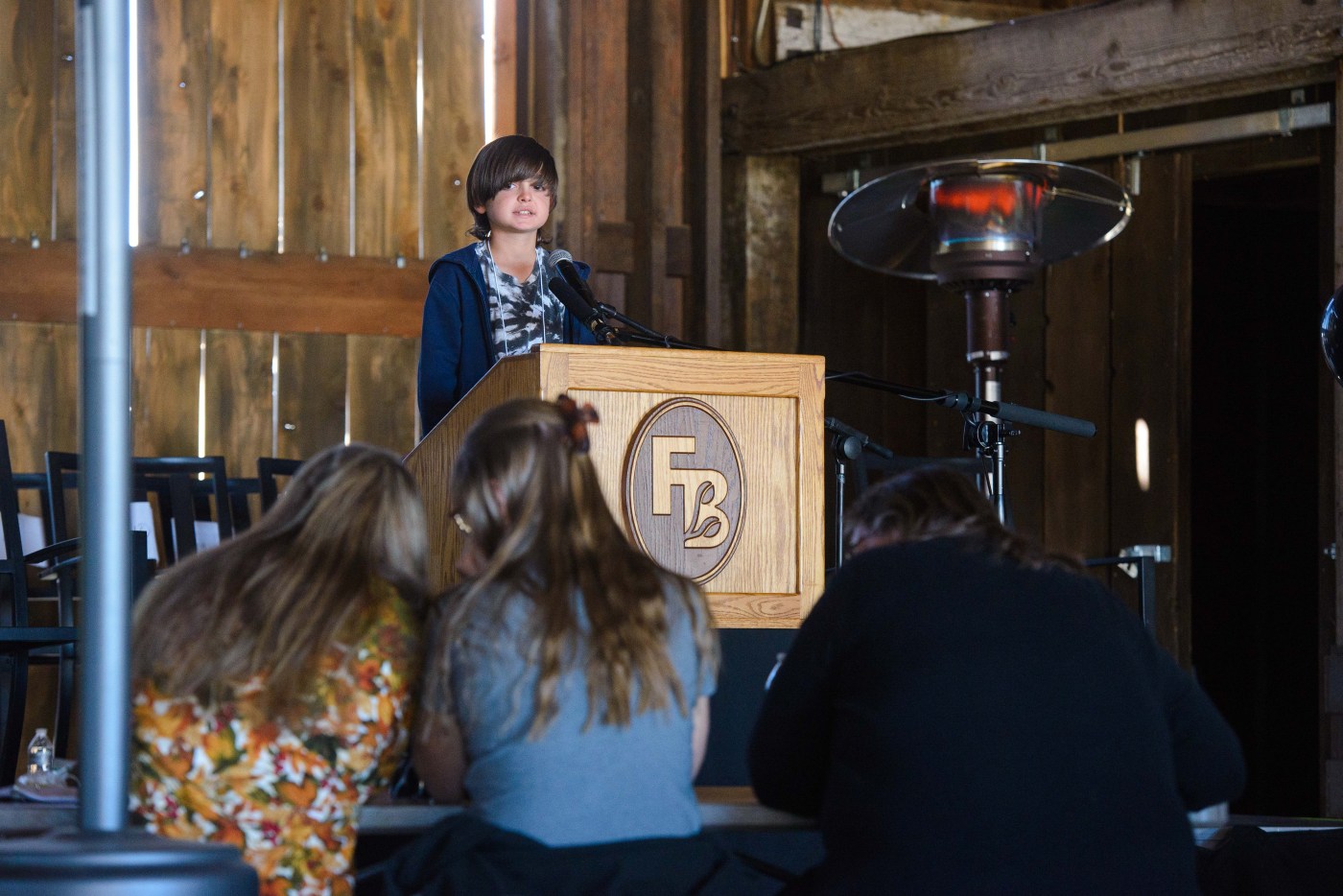 CHICO — Listeriosis: a bacterial disease affecting wild and domestic animals which can cause death.

For the north state students in fourth and fifth grade, it is also one of 400 words given at an agricultural spelling bee Friday in Chico at the Meriam Park Barn for the 17th Annual Agribee hosted by the Butte County Farm Bureau.

At this farm themed spelling bee, more than 20 elementary students from Butte, Colusa, Glenn and Tehama counties were asked to both spell a word and define what that word means in the context of agriculture.

Each contestant at this regional Agribee are the winners of their school’s Agribee.

One by one, students walked up to a lectern spelling and defining words like sorghum, a type of grain used to feed livestock; wether, a male sheep that can’t reproduce; and cockerel, a young rooster less than a year old.

Shasta Elementary Student James Patton, the winner of this year’s Agribee, said he felt “really good” after winning because he wasn’t able to get in last year’s spelling bee.

Patton said he studied from a list of words given to all spelling bee contestants to study their definitions.

“He did it all himself,” James’ dad Elliot Patton said.

Morabito said Noah studied up right before the contest.

“If you live or work in this community, then you see agriculture all around you. Maybe on your drive to work … maybe on your drive to see family,” Cecil said “The only way that we’re going to maintain endless varieties of tomatoes, beef, handful of healthy nuts, sushi and locally produced rice is by making sure everyone is aware and understands agriculture.”

Cecil said the Farm Bureau is appreciative of schools that participate in the Agribee and share in the importance of agriculture.

“We have access to the most safest and most abundant food supply in the world because we not only live in the United States but in California and we’re grateful for that,” Cecil said.