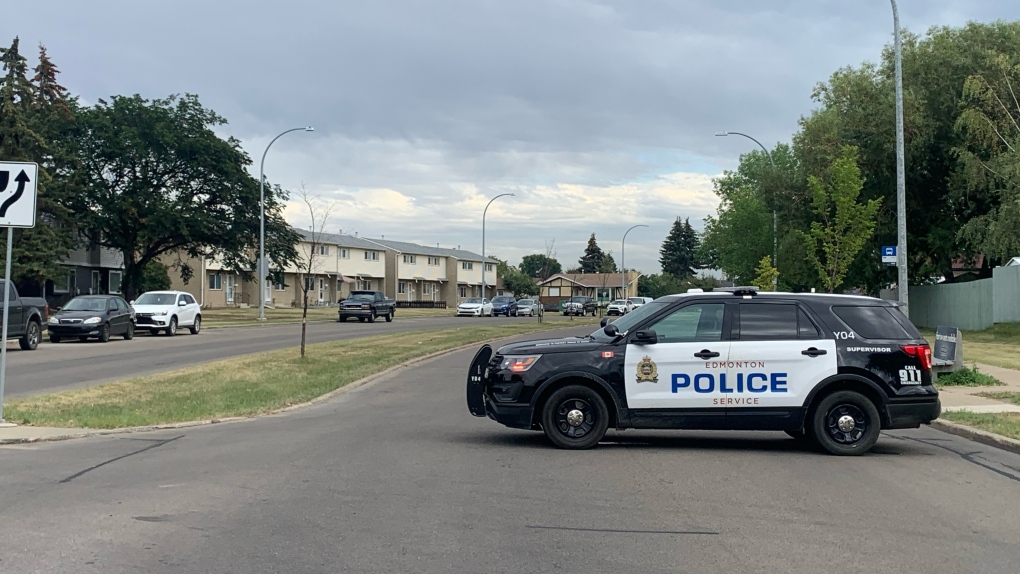 A man who died in an apparently random stabbing in northeast Edmonton on Wednesday is being remembered as a loving uncle and an avid sports fan.

Brian Berland, 38, has been identified by family as the victim of Wednesday’s fatal stabbing.

Police say he was stabbed multiple times. He died at the scene.

Two other women, ages 32 and 41 were also stabbed. They were taken to hospital with serious non-life threatening injuries.

Police issued a warning to residents in the area of Hermitage Road and Henry Avenue NW to shelter in place around 3:30 p.m. on Wednesday, saying a man with an edged weapon had stabbed three people.

There’s a heavy police presence in northeast Edmonton on Wednesday, Sept. 7, after one person was killed and two were injured in random attacks, according to Edmonton Police Service. (Nicole Weisberg/CTV News Edmonton)

A 25-year-old man was taken into custody Wednesday evening in connection with the stabbings.

Allen Frost says Berland was his brother-in-law. He told CTV News Edmonton Berland was walking with his wife Jamie and the family dog Meatball when he was attacked.

“When they were going back I guess the guy came out of the bushes here and started attacking Brian for no reason,” Frost said.

Meatball the dog hasn’t been seen since the attack. The family is looking for information on the whereabouts of the Pomeranian Shitzhu. 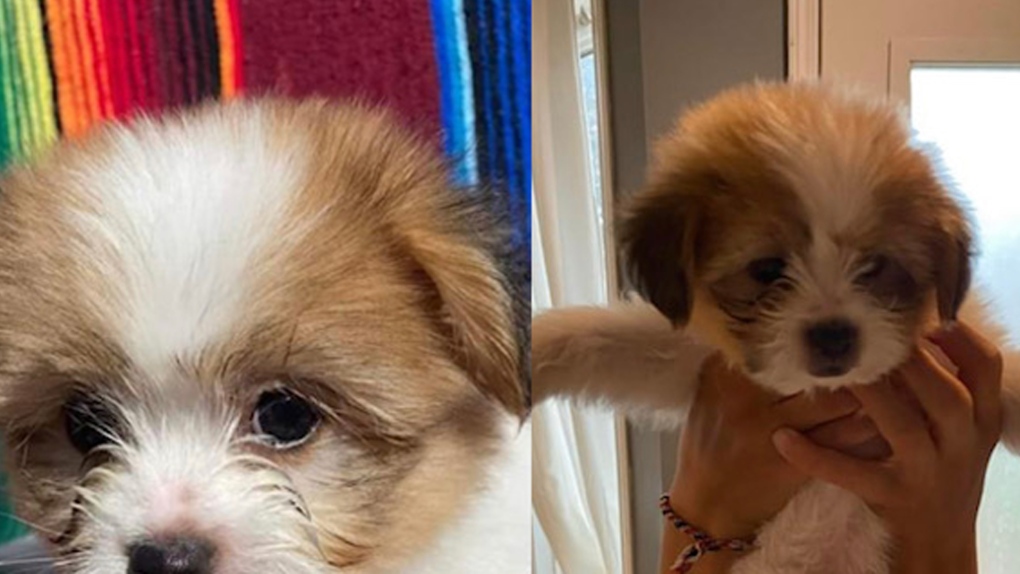 Frost says his wife and three children are devastated by the events.

“He was their favourite uncle. It’s going to be tough here for the next few days.”

He describes Berland as a kind-hearted sports fan who loved the Detroit Red Wings and wrestling.

“He wouldn’t hurt anybody. He was a really kind-hearted soul.”

“We were going to watch the UFC fights tonight, but that’s not going to happen anymore.” 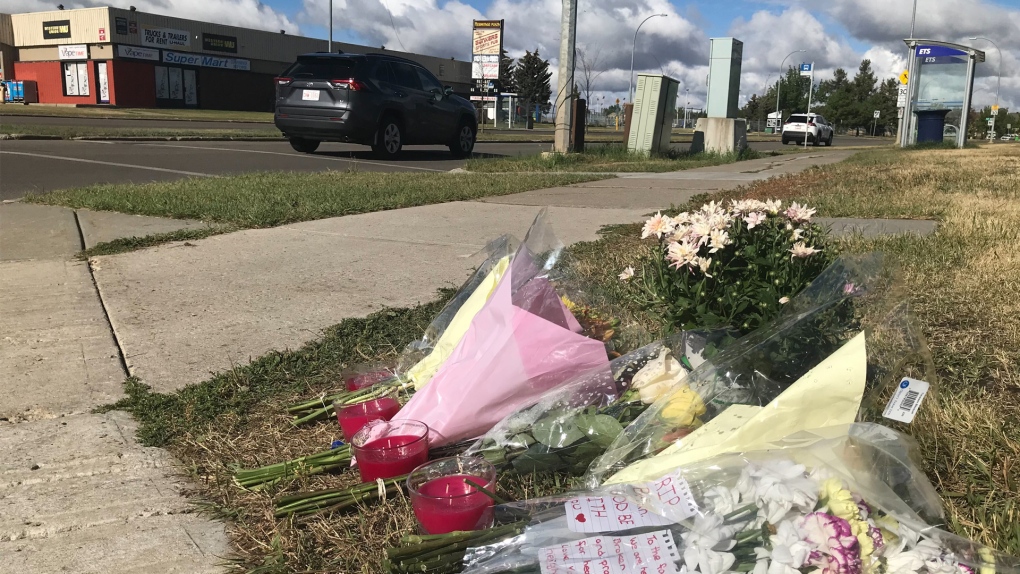 A memorial was set up for Brian Beland at the intersection where he was fatally stabbed. (Evan Klippenstein/CTV News Edmonton)

A vigil will be held for Berland at 5 p.m. on Thursday at Hermitage Road and Henry Avenue. The family is inviting the public to come and remember Berland.

“If it wasn’t for him, maybe Jamie would be gone right now as well,” Frost said.

“If anyone wants to come out and share their respects, we’d appreciate that.”

Brian’s mother and aunt also visited the scene on Thursday.

“Brian was a loving person who would never hurt anybody. And it’s just so devastating that this random act of violence in our city, it touched all of us,” his aunt Sharon Favel said.

Luis Padilla witnessed the stabbing that killed Berland. He was in his car when it happened.

“He was wearing a black hoodie, and he was pulling this gentleman that passed away,” he said.

“I got out of the car, he ran towards 50 Street and this guy, he had a little dog on a leash, like a pink leash, and he tried to cross the street right here, but his legs were giving out.”

He called 911 and reported the stabbing.

“It happened so fast and so unreal.”

“I’m just glad that they caught the person responsible for this. I don’t know what their reasons were. If it was totally random it is pretty scary.” 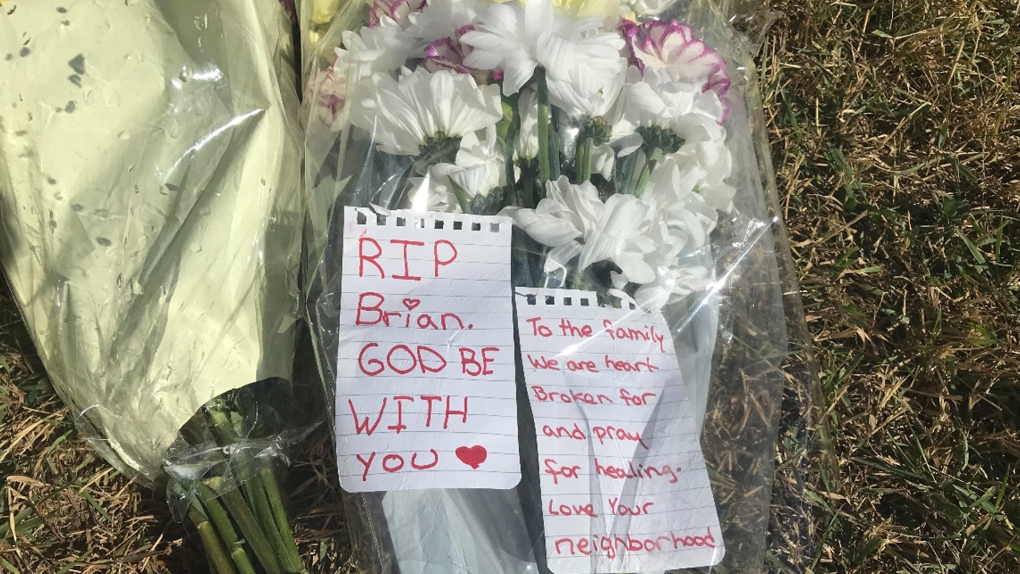 A memorial was set up for Brian Berland at the scene of his death in northeast Edmonton. (Evan Klippenstein/CTV News Edmonton)

Natasha Martin didn’t know Berland, but she brought flowers to a memorial at the scene of his death.

“My heart really goes out to the family,” she said.

“It’s our neighbourhood and we felt compelled to pay our respects to his loved ones.”

She says she frequents the area, and never expected anything like the events of Sept. 7 to happen here.

“It’s a very quiet neighbourhood, so what happened is just shocking and unsettling for sure.”

Police say the suspect approached the 32-year-old woman at a bus stop and stabbed her. The 41-year-old woman was stabbed nearby in the tent she was staying in, police added.

Berland was stabbed last at the intersection of Hermitage Road and Henry Avenue.

Investigators have since determined the suspect knew one of the women, but not the other two victims, but the attacks are believed to be random.

Several schools, businesses, and daycares locked their doors after the stabbings.

He was taken to hospital for a medical and psychological assessment before he was taken in for holding.

The motive for the stabbings is currently unknown. 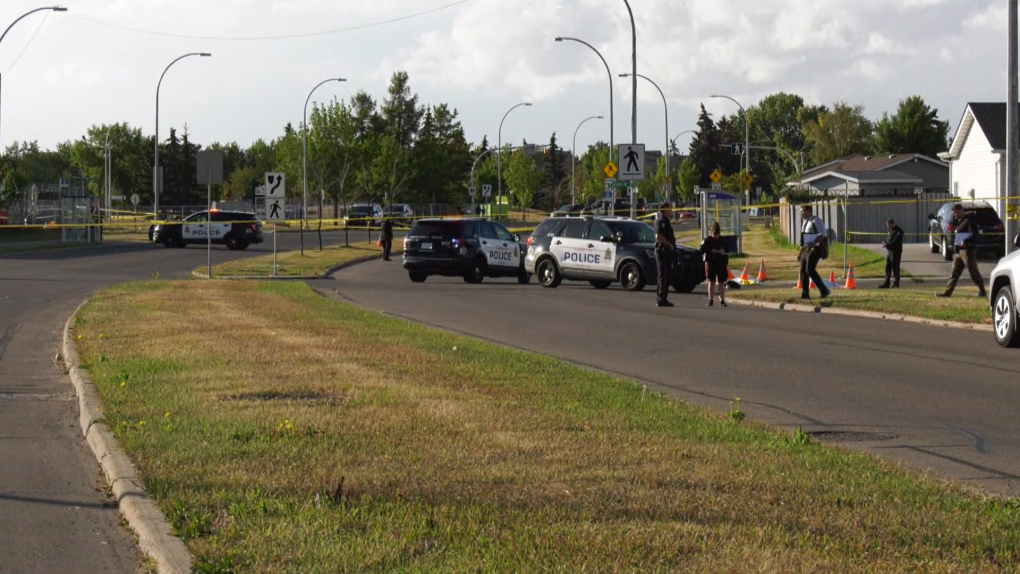 Police on scene of a fatal stabbing in northeast Edmonton on Sept. 7, 2022.

Police say his name will be released once charges are laid.

Investigators have confirmed he was known to police.

An autopsy on Berland has been scheduled for Friday.

COMMUNICATION WITH THE PUBLIC

Police were asked during a media conference on Thursday why an emergency alert wasn’t issued while the suspect was at large.

Acting Supt. Brent Dahlseide defended the choice to issue the alert through the media.

“The way that our communication went out from our corporate group to the media outlets was in real time, something that was very fluid, and actually seemed to be the best way to get it out to a small demographic area to ensure that we were able to manage the scene,” he told reporters.

“To speculate on whether an emergency alert would have been more efficient than the way that the real-time messaging was going out to the media from corporate comms, I would hesitate to do that. I know that what we did yesterday worked really well, and we’ve had numerous comments on that.” 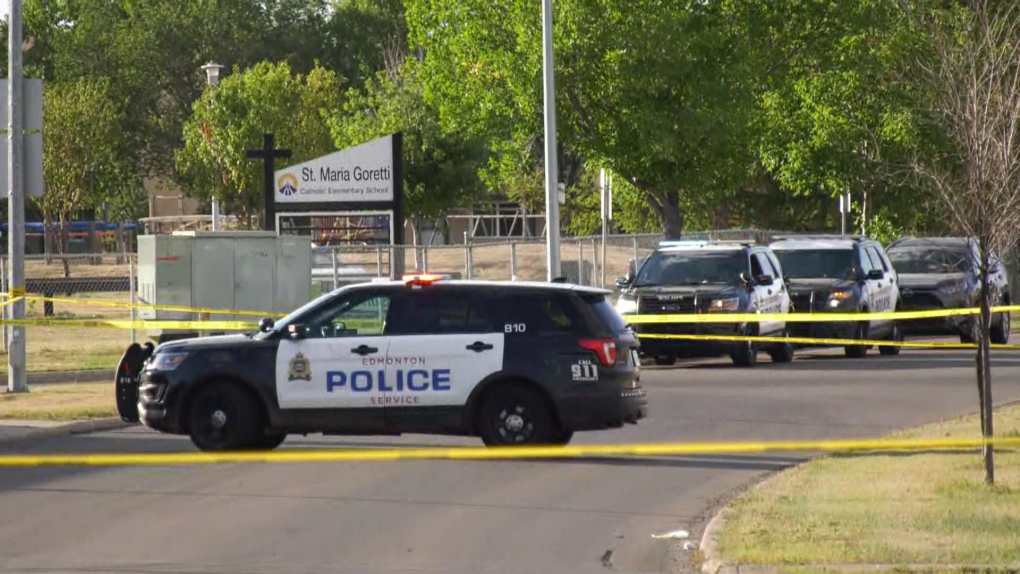 Police on scene of a fatal stabbing in northeast Edmonton on Sept. 7, 2022.

Dahlseide said police felt communication with the public during the incident was particularly important given the stabbings in Saskatchewan last weekend.

“I can say that pushing out the information as quickly as we did is something we knew would be, assist us in lowering the anxiety of the community, knowing that we’ve got resources coming into the area, we’re looking for an individual, and allow us to do our jobs.”

Rivian and Mercedes-Benz partner up for joint van plant