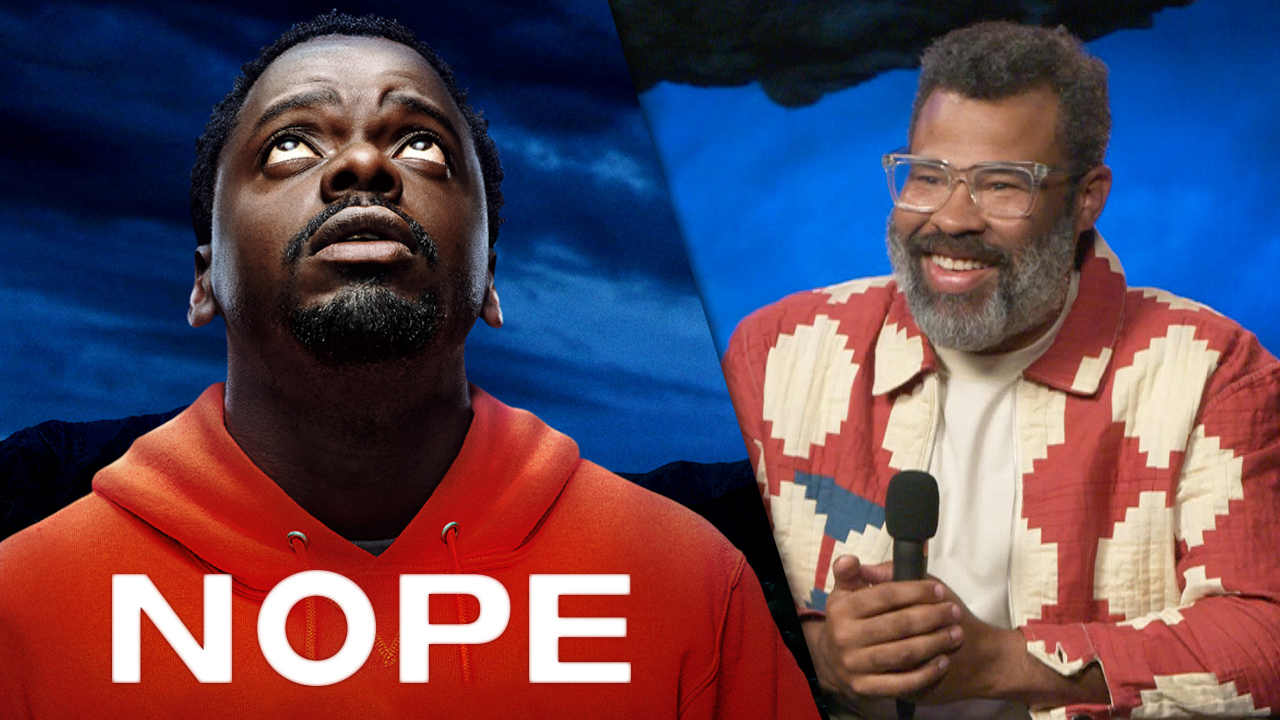 Of all of Jordan Peele’s movies, Nope seems to be his most divisive with critics and fans alike. While the audience’s initial reactions to the spectacle-focused horror movie were primarily positive, many have sounded off their frustration with the film’s unanswered mysteries. Well, the filmmaker is finally answering some of those lingering questions, including the mystery of the floating shoe.

The director and his Nope cinematographer, Hoyte Van Hoytema, appeared on the Happy Sad Confused Podcast to talk about a variety of the film’s spoilers. The host, Josh Horowitz, held nothing back by asking the movie maker, “What the hell’s going on with the shoe?” Jordan Peele answered candidly about what that floating shoe meant to him, and revealed an answer to one of the movie’s many mysteries. According to the Get Out director, the precarious floating footwear represents a moment for the audience and Steven Yeun’s Jupe to “check out” from his traumatic backstory. The director explained:

The shoe is meant to mirror the unbelievable aspects of the UFO the main protagonists will encounter later in the film. The shoe and the creature from space are forces our characters cannot fathom. They are impossible.

The shoe also reflects the themes of spectacle, which are present throughout the movie. The podcast hosts aptly asked Peele if the shoe could be considered a “bad miracle,”– a concept the film’s protagonist, OJ, comes up with during a moment of pondering after the realization that aliens are behind the mysterious things happening at his family’s horse ranch. The filmmaker was ecstatic by the hosts’ connection and agreed with Horowitz’s assessment. Peele added:

Well, there you have it, folks. It seems the mysterious floating shoe in Jordan Peele’s Nope is not merely an impossible shot meant to work as some frustrating J.J. Abrams mystery box but is, in fact, a symbol that works as a skeleton key that unlocks all the movie’s deeper themes and meanings.

Along with the mysteries of Nope, the interview also touched on everything from Peele’s early awareness of cinematography, shooting day for night, whether or not the writer-director reads fan theories, the filmmaker’s love for Akira, and the nod to anime he put in Nope.

If Nope wasn’t for you on first viewing, perhaps after this great in-depth spoiler talk, you might want to give it a second chance. The sci-fi flick is available to stream with a Peacock subscription. There have also been talks about a potential Nope sequel, so it’s never too late to change your mind about Jordan Peele’s third directorial effort.

Fans of Nope might also be interested in checking out our full schedule of upcoming horror movies, so, please, stay tuned to CinemaBlend for all your movie news.

The Best Hugh Jackman Movies to Watch Before The Son

The all-electric Pave 1 bike is designed for congested cities