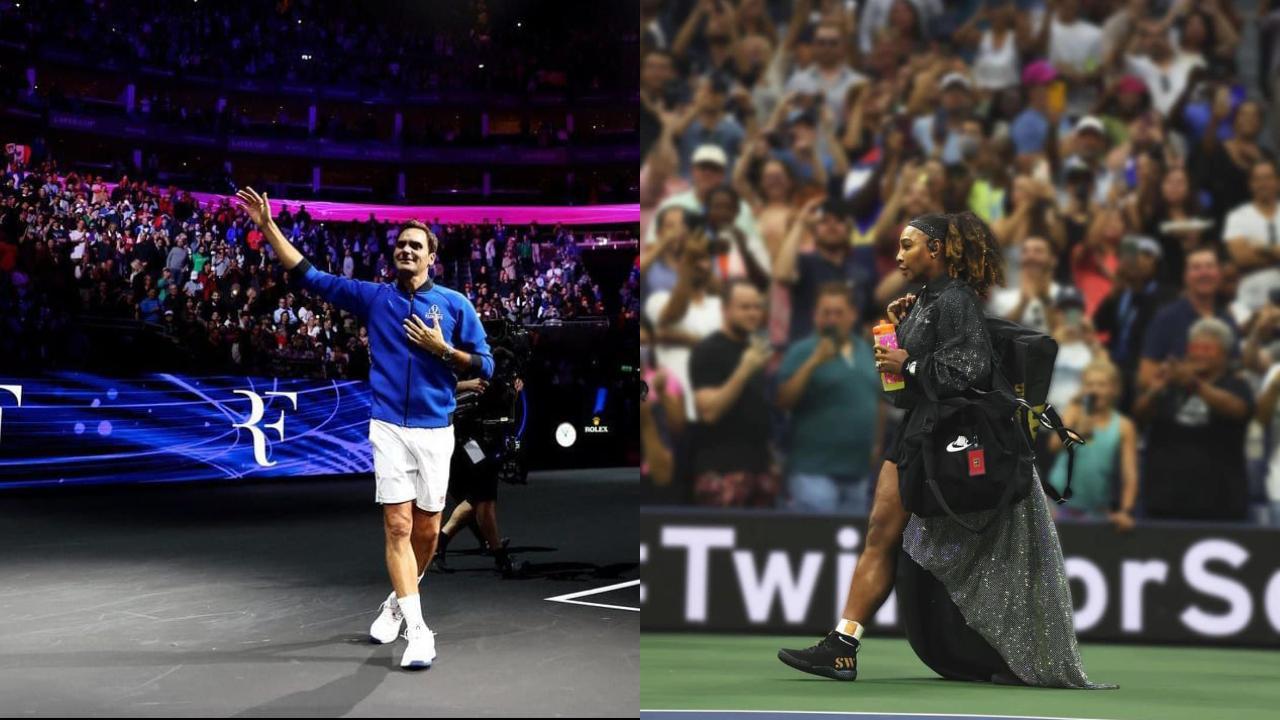 Wearing a dark blue T-shirt bearing Roger Federer`s first name and pushing a gray stroller carrying her 1-year-old daughter, Martina (as in Hingis), along a Rod Laver Arena concourse at the Australian Open, Angelica Ibarra spoke for many a tennis fan when she described her mood on Day 1 of Grand Slam action since two of the sport`s most significant athletes ended their careers.

“I`ve grown up seeing Roger play, so for me, tennis IS Roger and Roger IS tennis,” said Ibarra, who said she is from Colombia and now lives in Melbourne.

“Not to see Roger back at the tennis is a bit emotional. I also like women`s tennis, and the Williams sisters aren`t here, as well. But I`m really excited to see the up-and-coming talent of the new generation. This will be my first time watching some new players.”

The 2023 edition of the Australian Open, which began on a cloudy Monday morning (Sunday night EST), is not the first Grand Slam tournament to be contested without Roger Federer or Serena Williams, of course.

That was the case at the 2022 edition of the Australian Open, too, to name just one example.

What is different now is that this marks the first major tournament since Federer and Williams  two larger-than-the-game, larger-than-life figures, both 41 and with a combined 43 Slam singles championships and years` worth of weeks at No. 1 in the rankings  announced they would be retiring or, to use her preferred term, evolving.

They were amazing for the sport. They still are. You think these people will never retire, in a way. And to see them actually stop kind of puts things in perspective, said Bianca Andreescu, the 21-year-old Canadian who beat Williams in the 2019 U.S. Open final and eliminated 25th-seeded Marie Bouzkova 6-2, 6-4 on Monday.

Roger wasn`t playing for a long time prior to his retirement, and even that time felt a bit weird. Serena was kind of up and down, too.

So while in years past, one absence or another was met with shrugs of Don`t worry, she`ll be at the next one or Hey, he`s definitely going to come back, right there is a concreteness about it all now, a finite knowing that they are, indeed, done. No matter how much folks might keep looking for signs that Williams is not really and truly done.

Look, Serena Williams is irreplaceable. I mean, she`s an icon, both on and off the court, said Steve Simon, the head of the women`s tennis tour. The way that I look at it is: I don`t see us as losing Serena; we just will celebrate her and all of her accomplishments for many, many years to come and reflect back on what she`s brought to the game.

Similar sentiments can be, and have been, expressed about Federer.

Obviously, eight-time major champion John McEnroe said about Federer, there is a void that will never be filled.

Still, the sport must proceed.

And so the start of proceedings on the blue hard courts of Melbourne glimpses of the faces and the games that will fill the empty space.

Players seeking a first Grand Slam title, such as a pair of American women ranked in the top 10, Coco Gauff and Jessica Pegula, who both won in straight sets in matches that began shortly after 11 a.m. local time. As did Jannik Sinner, a lanky 21-year-old Italian man seen as among those with a shot to eventually get to the top. Scheduled for later action: Federer`s long-time rival, top-seeded Rafael Nadal, still at it at age 36 and owner of a men`s-record 22 Grand Slam trophies.

Even the other players find it a tad jarring to scan the Australian Open brackets and be well aware that there is no use looking for the names of Federer or Williams.

For sure, it`s strange. They were great athletes, great players, legends of the game. But tennis still goes on, and there will be new players to look out for, new players who are going to win the Grand Slams, said Casper Ruud, a Norwegian seeded No. 2 in Melbourne and the runner-up at the French Open and U.S. Open last season. Hopefully we will see more first-time winners. That would be a dream come true.”

Wealth looms big as ever in post-scandal college admissions

Apartment construction may be scaled back amid market cooling | News

While We Wait Here cooks up some depressing restaurant drama…

‘This has obviously been traumatic for him’: Dog…