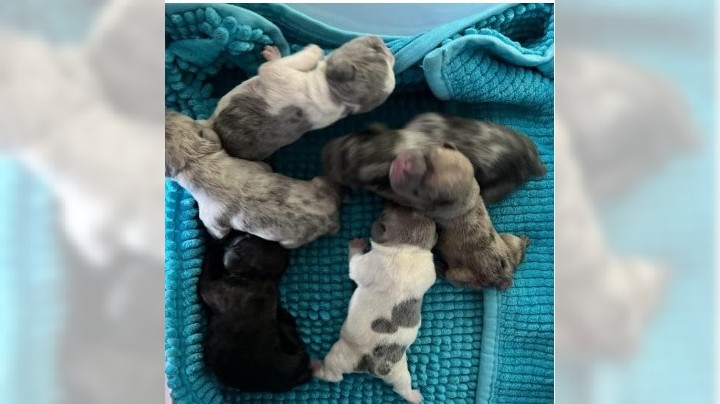 The theft at a residence in the 9400 block of Corbin Avenue happened around 3 p.m., the LAPD reported.

The owner of the dogs told police he left the dogs at the location that was being watched by a friend, police said.

While he was gone, a friend of his said that two suspects wearing ski masks came to the residence and stole the puppies. One suspect was described as a  male, standing 5 feet, 8 inches tall and weighing an estimated 180 pounds. He was wearing a black ski mask, purple shirt and black pants.

The second suspect spoke Spanish during the theft, according to a witness. He was described as a male, 5 feet 10 inches, and about 150 pounds. He was wearing a black ski mask.

The person watching the dogs was not reported to have been injured in the theft.