Nicky Whalen on Crossing Shark Thriller Off Her Bucket List 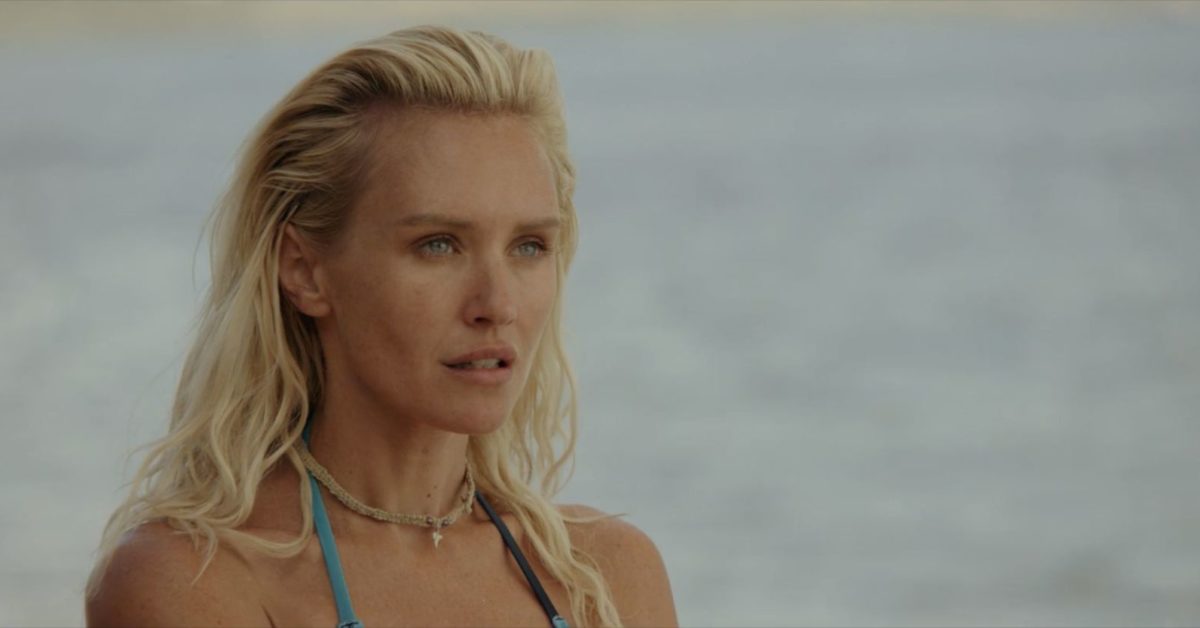 Nicky Whalen is always ready to tackle new challenges as an actress, and her latest one is Saban Films’ shark survival horror thriller Maneater. The actress plays Jessie, a woman enjoying her prepaid honeymoon despite her broken engagement with her friends at an idyllic island paradise, not knowing a ravenous shark is stalking them. Whalen spoke to Bleeding Cool about why she took the project, working with writer-director Justin Lee, her love of shark films, and more.

Bleeding Cool: What attracted you to Maneater?
Whalen: Every couple of years, the shark movies come out, and they’re always so much fun. Everybody has a different version of them, and I was offered this script, and I was like, “Absolutely, I want to be part of a shark movie in my career.” This was an independent one we shot in 18 days; super challenging; I took it on and loved it. It was a great experience, so I can now say, “I’ve been a part of a shark movie.”

How did Justin run his set?
We were filming in Maui [Hawaii], which is a stunning location and the beautiful locals are so kind. The actual movie was incredibly challenging, with so many things going against us throughout. Thank God we had a dedicated crew sort of working for us [with] the local Hawaiian team. We dealt with choppy water and crazy conditions. We had a mechanical shark operated by a group of puppeteers and a crew standing in rough water for half a day, no joke. They used a CG shark for a lot of the movie, but some scenes called for the mechanical one.

What prep work did you have to do before filming?
I should have gone and swam in a pool a couple of times. I consider myself “sort of fit,” I was a great swimmer as a kid, but I got to be honest with you [laughs]. I should have prepared for getting into the ocean and swimming more. It was so hard. I had to request we get scenes done in one shot because I was running out of breath. I couldn’t feel or see the bottom of the water. I was underneath and had to swim through the rough and choppy conditions. I thought I was tough until I got to this water, and I was like, “Nah [laughs], I need practice.” I wish I’d prepped more physically for what this movie put me through. At the end of every day, I would sleep so well in my bedroom.

Was there any particular stunt that was more difficult than others?
At the end of the movie, I go to the boat, and the shark comes out. I turn around and go under it. The boat was dancing on top of the water because, by that stage of the day, the water got really choppy. I had to up and then go under. I had this gorgeous crew of lifeguards around me. It looked so easy in the shot that you see in the movie. We had sandbags under the water so I could dance my feet often, but we had to time it with the waves. It sounds crazy, but I had to go under the water and out holding my hands out, looking shocked by the shark right there.

Were there any particular shark films or survival films you grew up watching that served as inspiration for your performance?
I’m a massive fan of ‘Jaws,’ and every couple of years, I’ll watch that. It’s just a classic, brilliant movie that will still scare you over and over again, no matter how many times you’ve watched it. There’s something about shark movies I always find the excitement and scare factor. There’s that Blake Lively shark movie I watched a couple of years ago I adored called ‘The Shallows.’ It was realistic and very scary, not to mention I love Blake.

You have done so much different things over the years across various genres. How do you kind of compare working in a survival horror film as opposed to your more dramatic or comedic work?
The process and acting are so different. I don’t know how I’ve gone from comedies to dark horrors to [laughs] the super dramatic. They come my way, and I’m like, “All right, let’s see what I’m made of. Let’s give it a crack.” It’s such an adventure, diving into all these different roles. If I could, I would do way more comedy. There is not as much of that around as when I started my career 15 years ago and was doing ‘The Wedding Ringer, Hall Pass, Scrubs’ and those sorts of things I was a part of. I had these opportunities to be in scary movies and more dramatic films, and I loved it all. Ultimately, comedies are my favorite.

Learn How to Protect Your Business From Cybersecurity Risks

Simon Belmont and Alucard join the skirmish in Brawlhalla this October