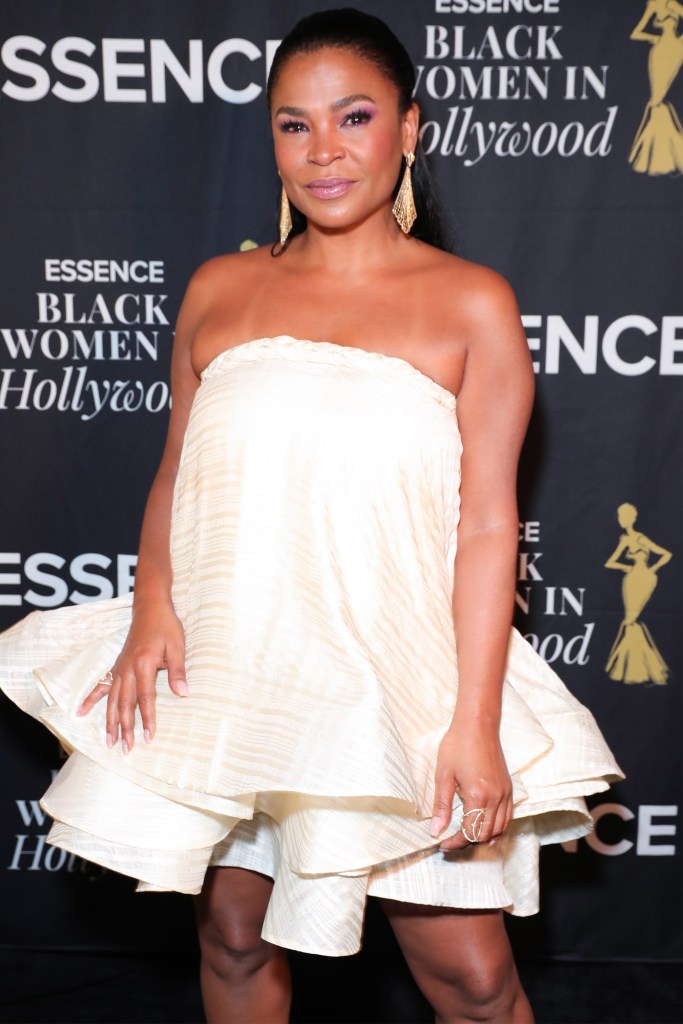 Nia Long kept mum on Saturday in Los Angeles, where she was spotted for the first time with son Kez following fiancé Ime Udoka’s reported affair, according to footage obtained by TMZ.

The 51-year-old Long did not offer a comment when asked by the paparazzi how she’s holding up amid the controversy surrounding the Celtics head coach, 45, who was suspended for the 2022-23 NBA season after violating the franchise’s code of conduct over an alleged romance with a female member of the team’s staff.

Long, who has been in a relationship with Udoka since 2010, also didn’t appear to wear her engagement ring, per the outlet, which noted how “she doesn’t always rock it when out and about.”

A short time after the Celtics announced on Sept. 22 that Udoka was being punished, Long released a statement, expressing gratitude over the support she received.

“The outpouring of love and support from family, friends and the community during this difficult time means so much to me,” Long said in a statement to Entertainment Tonight. “I ask that my privacy be respected as I process the recent events. Above all, I am a mother and will continue to focus on my children.”

Udoka, who helped lead the Celtics to an NBA Finals appearance last season, shared a message of his own following the suspension, in which he apologized to loved ones and the organization “for letting them down.”

“I am sorry for putting the team in this difficult situation, and I accept the team’s decision. Out of respect for everyone involved, I will have no further comment,” he said.

Here’s what to know about Ime Udoka’s season-long suspension:

The probe into Udoka by an independent law firm uncovered how the coach used “crude language” while speaking with a female subordinate before the improper workplace relationship began, ESPN reported Friday.

The Celtics open the season in Boston on Oct. 18 against the 76ers.