Next-gen KTM 200 Duke to get a bigger display 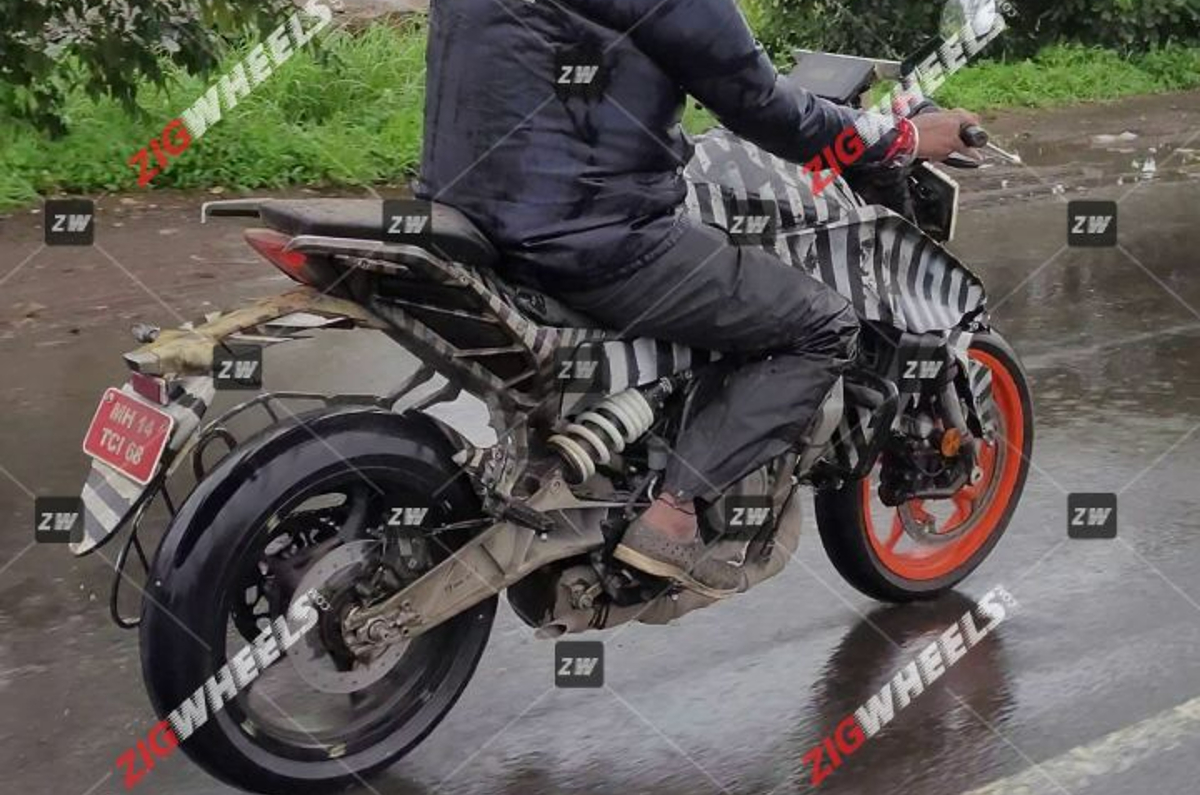 The next-gen model gets revised styling as well as a major update to its underpinnings.

The next-gen model of the KTM 200 Duke has been spotted testing for the first time on our shores; and what seemingly identifies it as the 200 Duke and not its smaller 125cc sibling is the rear ABS ring, meaning this bike will have dual-channel ABS.

The changes to this next-gen model seem to be trickling down from the bigger 390 Duke, the next-gen model of which we spotted testing a short while ago.

If there’s one thing KTM is known for, it is edgy and sharp design language and this new test mule continues that tradition. The upcoming model features sharper and longer tank extensions than on the current model and the shape of these bears more than a passing resemblance to the Super Duke 1290R sold abroad. The switchgear on this particular bike too is unlike any KTM model on sale in India currently.

The next-gen KTM Duke 200’s offset rear monoshock is very different in comparison to the conventionally placed unit on the current one. The swingarm too gets a radical change not only in terms of design but in the shape of it as well. While the current unit is more linear in its design, the one spotted on this test mule has a ‘gullwing’ design to it.

Another major mechanical change is in the form of the front brake disc shifting to the other side of the rim and the rims themselves being derived from the next-gen RC models. The subframe as well receives a complete redesign and sports much more angular cuts and creases.

The display seen here also is a larger unit than the one on the current model (which is basically the same since the bike launched in 2012). While it is a much larger unit and the design bears resemblance to the TFT units found on the 390 range as well as the LCD unit found on the 250 Adventure, it is unclear from this spy shot which display this upcoming model will get. Considering the fact that KTMs have become quite a pricey proposition these days, the more basic LCD dash might be on offer here to keep costs low.

Not a whole lot can be seen on the engine front, but the design of the engine mount is quite different to the current generation. The rear tail light and LED indicators all around are the only items which seem to have been carried over from the current model.

Would you pick the KTM 200 Duke over its rivals in its current guise or wait for the update? Let us know in the comments section below.