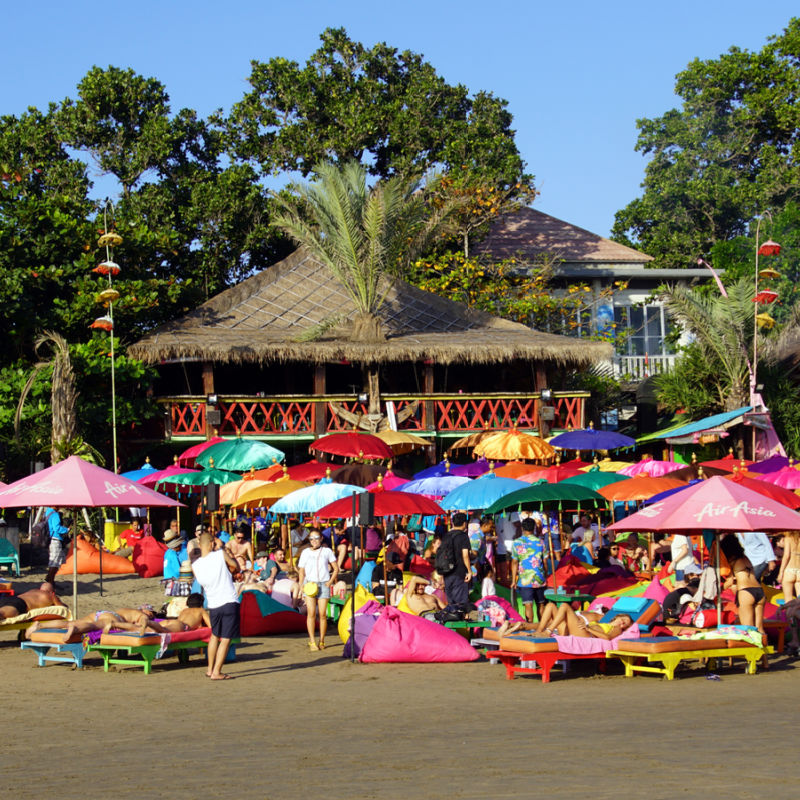 Australia has been increasing biosecurity measures for the last few weeks for travelers returning from Bali, and other destinations in Indonesia. This has been due to an outbreak of foot and mouth disease in cattle on the island.

Australia has launched a campaign to get travelers returning from Bali to ditch their flip-flops and has introduced stringent risk profiling screenings for everyone landing back in the land down under. Neighboring New Zealand has this week launched increased biosecurity measures after closely monitoring the situation in Australia and across Indonesia.

Foot and Mouth Disease is a viral disease that affects cloven-footed animals such as cows, pigs, deer, and goats. The virus causes blisters in the feet and inside the mouths of these animals that can cause lameness. Other symptoms include a temperature, shivering and dribbling, and smacking the lips.

Although animals can recover from Foot and Mouth disease in most agricultural settings any susceptible animal testing positive, or has been in contact with an animal who has tested positive must be culled. This is because the virus can survive on living tissue and secretions.

This is why strict biosecurity measures have been bought into place as mud, poop and dirty debris can carry the virus from place to place on items such as shoes, luggage, and clothing. It has been reported that if Foot and Mouth Disease were to reach Australia it could cause upwards of AUD 80 billion in damages to the country’s agricultural sector.

Over 100 cows in Bali have already been culled due to the outbreak and over half of the regions in Indonesia have been given red list status for the presence of the disease. Testing is ongoing and veterinarian and agricultural teams across the island are doing all they can to curb the outbreak.

Australia has pledged millions of dollars in support and long with technical guidance to Indonesia to ensure that the situation doesn’t escalate further.

In light of this, New Zealand is the latest country to introduce additional biosecurity measures. Talking to Yahoo News from The Beehive, New Zealand’s Biosecurity and Agriculture Minister Damien O’Connor said ‘With FMD recently found in the tourist hotspot of Bali, we’ve taken concrete steps to boost our work at the border in recent weeks including a public awareness campaign…I call on everyone to be vigilant in playing their part to protect New Zealand’s economic security’.

The new measures have been introduced at all airports in New Zealand receiving travelers from Indonesia. Biosecurity teams have implemented chemical foot mats, also known as disinfection mats, that travelers must walk over to help sanitize footwear.

Travelers may also be taken aside by customs officials for additional checks if they are deemed to be at risk of spreading the virus such as anyone who has visited farmland or rural areas while in Bali.

New Zealand authorities have also launched an education campaign so that returning travelers understand why additional screening measures are in place and how they can play an active role in protecting the agricultural sector.

The New Zealand government has also been providing equipment and resources to Indonesia to help authorities deal with the outbreak on the ground. Officials in New Zealand have been increasing screening measures for meat imports and the palm kernels that are imported as animal feed.

Travelers are being reassured that the increased biosecurity measures are for biosecurity purposes only. It is still safe to visit Bali and other parts of Indonesia as travelers normally would. Travelers are simply being encouraged to be honest with their declarations forms and disclose where they have been so that disinfecting measures and sanitization processes can be carried out upon their return to help protect the at-risk agriculture sectors at home.

What to Watch This Weekend, From ‘Nope’ to a Powerful Documentary About Maternal Health