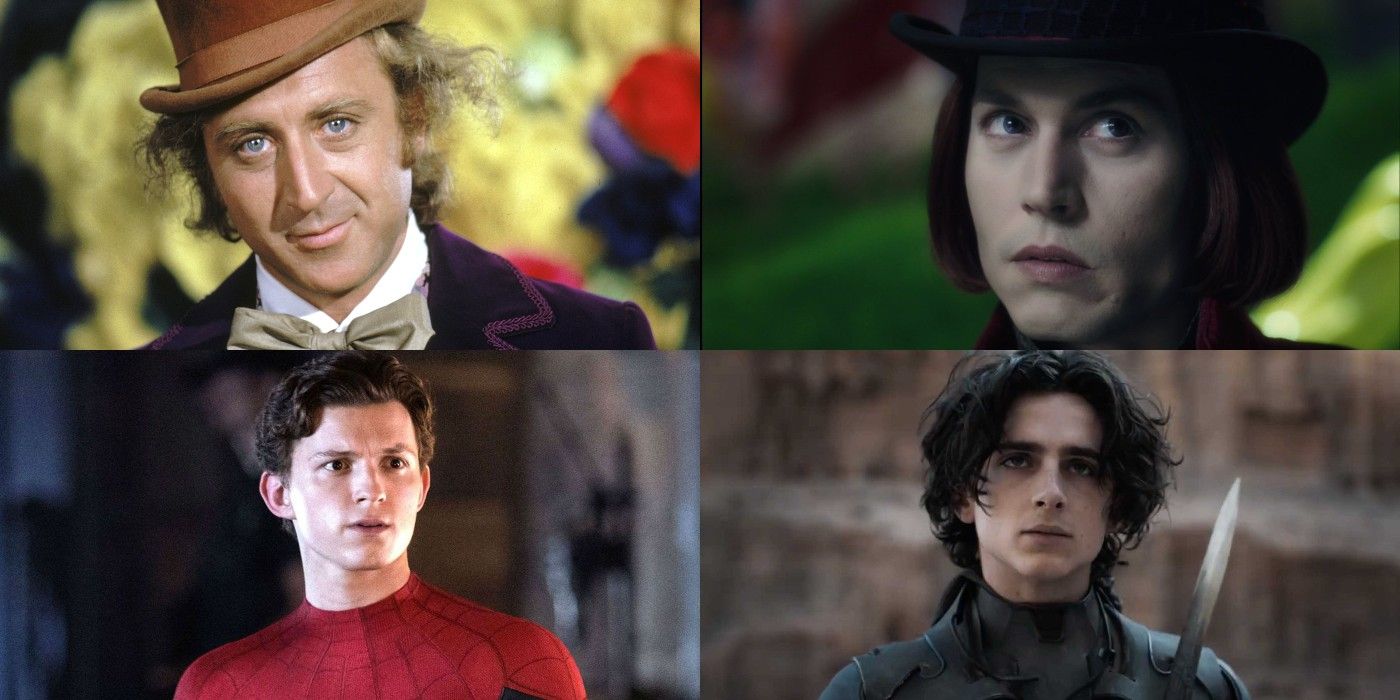 Sources say Warner Bros. has its eye on either Tom Holland or Timothée Chalamet to play the eccentric chocolatier.

For nearly five years, Warner Bros. has been developing a new Willy Wonka movie that will explore the character’s earlier days, before he became the King of Candy, and today, the studio announced it will release Wonka on March 17, 2023.

Back in 2018, Collider reported that Ryan Gosling, Donald Glover and Ezra Miller were being eyed to star, but those names have all fallen by the wayside since then. Lately, sources say that Warners has its eye on either Tom Holland or Timothée Chalamet to play the eccentric confectioner.

Holland is currently 24 years old, while Chalamet just turned 25, and not only will they be competing for roles for years to come, but they are two of Hollywood’s most recognizable and talented leading men under 30. While it’s unclear whether Holland or Chalamet are actively pursuing this part, it’s easy to see Chalamet as a younger version of Johnny Depp‘s take on Wonka, whereas Holland is more of a song-and-dance man in the vein of a young Gene Wilder. To be clear, neither has been offered the role of Wonka — but let’s be honest, there are only so many young actors Warner Bros. would agree to finance this film with, as I’d imagine they want it to spark a franchise.

Paul King (Paddington) will direct from a script by Simon Rich (An American Pickle), who will draw inspiration from Roald Dahl‘s classic children’s novel Charlie and the Chocolate Factory. Wonka will be produced by David Heyman, who also produced the Harry Potter movies for Warners in addition to Paddington and its equally beloved sequel. Variety reports that the studio plans to start production within the next four months.

While I’m not privy to the inner-workings of Holland or Chalamet’s schedules, neither appear to have any projects that are due to begin shooting this summer. Chalamet is attached to play Bob Dylan in James Mangold‘s Going Electric, but Mangold is currently focused on the fifth Indiana Jones movie slated for July 2022. Holland is currently filming a third Spider-Man movie, but he has no other imminent projects on his IMDb page.

Plot details for Wonka are being kept under wraps, and since it’s an origin story of sorts, it remains unclear whether the Oompa Loompas will make an appearance. However, given King’s experience with the computer-generated character of Paddington, it’s possible that the Oompa Loompas could be CG as well. You can safely expect the chocolatier’s hard-working helpers to pop up in at least one of the two animated series that Netflix is developing with Taika Waititi, who would make an excellent Wonka himself, if you ask me. Too bad he’s a little busy right now…

New ‘Ghostbusters: Afterlife’ Image Teases Our Next Team of Heroes

Who ya gonna call?