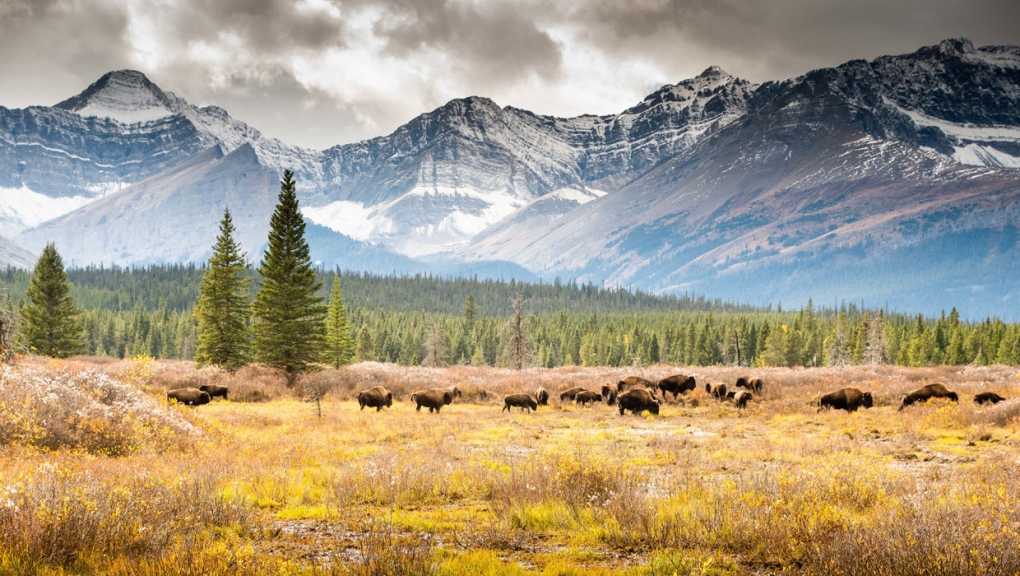 Canada’s busiest national park aims to look for better ways to help visitors get around in the coming years as it works to address climate change and strengthen Indigenous relations.

Those were among the highlights of a 2022 management plan for Banff National Park in Alberta setting the direction for the next decade.

Parks Canada also released plans this week for the other mountain national parks: Jasper and Waterton Lakes in Alberta, as well as Kootenay, Mount Revelstoke and Glacier, and Yoho in British Columbia.

Each maintains a commitment to protect the parks for future generations and has a new focus on climate change and Indigenous relations.

“Canadians expect us to go from talking about climate change to taking some action,” said Sal Rasheed, superintendent for Banff, which attracts more than four million visitors a year.

That, he said, includes working with the town of Banff to create a community plan that deals with climate change, bringing in electric or hybrid vehicles as part of Parks Canada’s fleet and reducing energy usage in its buildings.

MOVING PEOPLE AROUND THE PARK

Rasheed said there’s also a focus on moving people around the park in a more sustainable way as more than eight million vehicles a year pass through — with at least half carrying visitors.

“Visitation is increasing and we need to pay attention to getting people to the right places in an effective and efficient way.”

The 2022 plan has removed a reference to gondolas, which Rasheed said means a proposal for cable cars to the Mount Norquay ski hill from the Banff townsite is off the table.

“We’ve conducted our homework on it, deemed it not feasible and we’re moving on.”

The plan doesn’t rule out a high-speed passenger train from Calgary, but says twinning an existing rail line could lead to more wildlife deaths in the park, a concern also raised by environmental groups.

Other transportation solutions, he said, could include expanding public transit, particularly to busy areas such as Moraine Lake and Lake Minnewanka.

“For example, recently, we’ve been rethinking how we do cultural burning on our landscape. We are trying to braid Indigenous knowledge into our western approach to fire management.”

He said reintroducing bison into Banff’s backcountry has also been an important part of reconciliation.

“We partnered with the Stoney Nakoda Nation to manage those bison using cultural learnings,” said Rasheed, referring to an Indigenous-led report that says traditional knowledge could help the herd’s success.

The management plan says the bison reintroduction, a five-year pilot project, is to be evaluated by 2023.

“It’s safe to say that we will continue to have bison on the landscape in Banff National Park,” Rasheed said of the approximately 80-animal herd. “Exactly how many and what the look of that will be is yet to be determined.”

The plan notes grizzly bears, mountain goats, wolves, cougars and wolverines are sensitive and important species for the national park. It says habitat security for those species must be maintained or improved by 2030.

Sarah Elmeligi, national parks program coordinator for the southern Alberta chapter of the Canadian Parks and Wilderness Society, said the plan takes a significant step forward from earlier ones.

Overall, though, Elmeligi said it appears to be a good plan, particularly the focus on climate change.

A strategy to deal with busy areas is also important, but should only be a first step, she said.

“It’s really important to think about how recreation in the less popular areas is impacting wildlife habitat and connectivity and invasive species and aquatics,” she said. “Human use still needs to be managed in those places.”

Elmeligi said CPAWS would be concerned if new commercial huts were built in the backcountry. Any replacement facilities should not be expanded beyond their current footprint, she added.

Rasheed said he takes pride in the fact that Banff National Park is 97 per cent wilderness area.

“We have been very explicit in the management plan that we’re not going to have new commercial accommodations in (the) wilderness,” he said.

Some of the highlights of the other management plans include: upgrading the popular Lake O’Hara campground in Yoho; working to maintain the caribou population in Jasper and assessing archeological sites in Waterton Lakes after a 2017 wildfire.

This report by The Canadian Press was first published Aug. 27, 2022.

Best Gifts for Writers in 2022