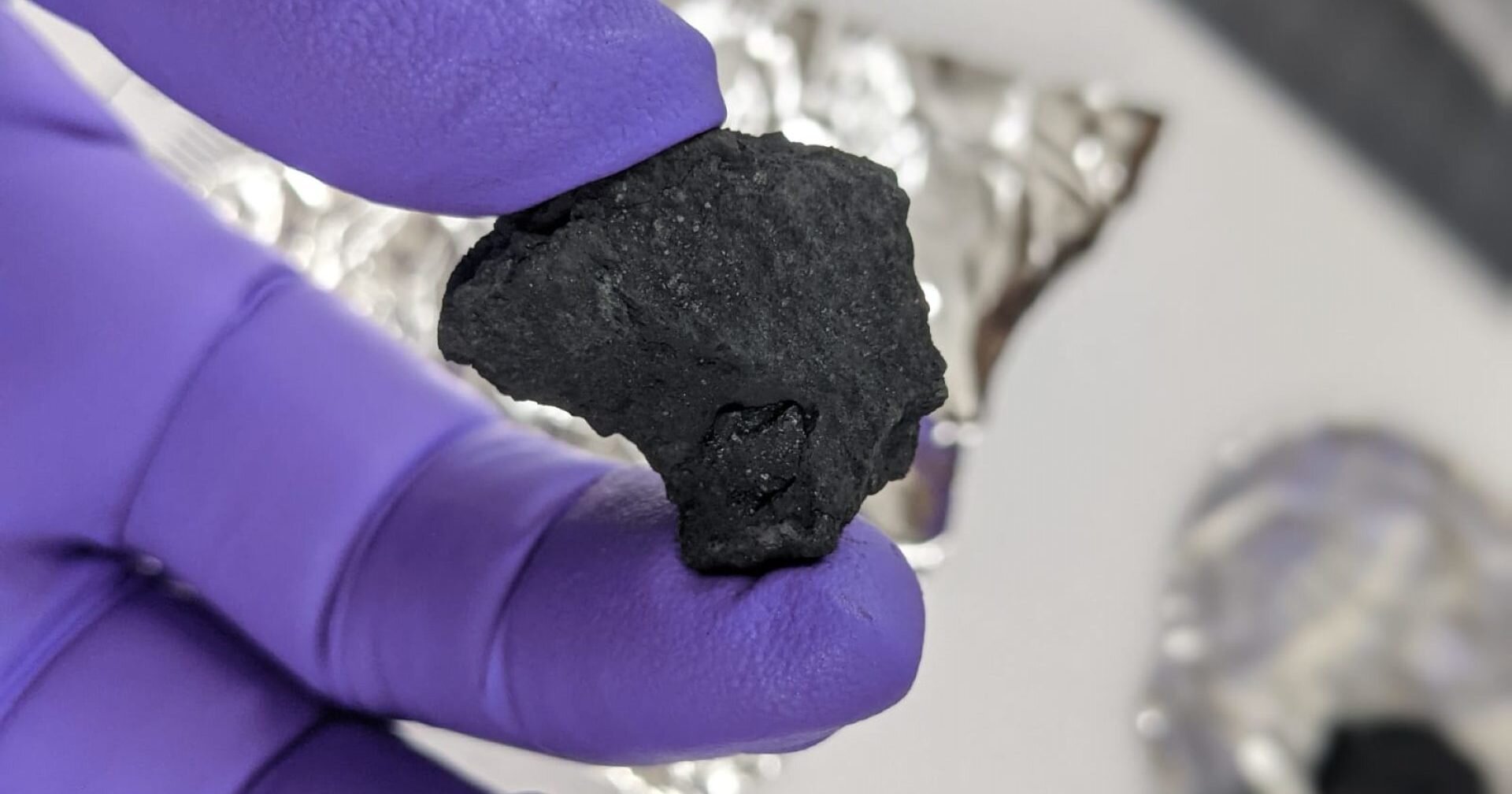 The Winchcombe meteorite, a rare carbonaceous meteorite which crashed onto a driveway in Gloucestershire in 2021, has been found to contain extra-terrestrial water and organic compounds that reveal insights into the origin of Earth’s oceans.

A new study, published today by Science Advances, led by experts from the Natural History Museum and the University of Glasgow reports the orbital history and first laboratory analyses of the Winchcombe meteorite, which was recovered only hours after its spectacular fireball lit up the skies over the U.K. in February 2021.

Denis Vida, a Western physics and astronomy postdoctoral associate, was a key contributor to the study. Combining data from five different meteor networks that exist in the U.K. and applying the unique expertise and software that exists at Western, Vida studied the Winchcombe object and can now confirm that it is the carbonaceous meteorite with the best observed orbit in history, and one of the best among all meteorites.

“These techniques and technologies allowed us to pinpoint exactly where this object originated,” said Vida, a member of Western’s Institute for Earth and Space Exploration. “We developed a new method which allows us to combine both professional and amateur observations. Videos of the fireball collected by astronomy enthusiasts, including Western’s Global Meteor Network, made a big difference.”

“The rapid retrieval and curation of Winchcombe make it one of the most pristine meteorites available for analysis, offering scientists a tantalizing glimpse back through time to the original composition of the solar system 4.6 billion years ago,” said Ashley King, Future Leader Fellow, UK Research and Innovation at the Natural History Museum and author on the paper.

Analysis of the meteorite by specialists from around the world began within days of the event. Winchcombe is a rare CM carbonaceous chondrite containing approximately two percent carbon (by weight) and is the first ever meteorite of this type to be found in the U.K. Through detailed imaging and chemical analyses, the team determined that Winchcombe contains approximately 11 percent extra-terrestrial water (by weight), most of which is locked up in minerals that formed during chemical reactions between fluids and rocks on its parent asteroid in the earliest stages of the solar system.

Crucially, the team were able to quickly measure the ratio of hydrogen isotopes in the water, finding it closely resembled the composition of water on Earth. Extracts from the meteorite also contain extra-terrestrial amino acids—prebiotic molecules that are fundamental components for the origin of life. As the composition of the meteorite is largely unmodified by the terrestrial environment, these results indicate that carbonaceous asteroids played a key role in delivering the ingredients needed to kickstart oceans and life on the early Earth.

The Winchcombe meteorite is also one of the weakest meteorites ever to have survived atmospheric flight.

“Carbonaceous objects make up more than 30 percent of asteroids that we see whizzing past Earth, but only two percent of meteorite finds. They are so incredibly weak that most of them completely disintegrate in the atmosphere,” said Vida.

Applying a novel fireball model, Vida showed it was “pure chance” that this meteorite never experienced large crushing pressures that others usually experience during atmospheric flight.

“This is the closest you can get to an asteroid sample return mission such as Hayabusa-2 or NASA’s OSIRIS-REX. Now that we have the cameras and methods in place, we can get many more meteorites without the vast expenses of a space mission,” said Vida.

Rapid recovery of the Winchcombe meteorite was enabled by public reports and video footage of the fireball captured by 16 cameras coordinated by the UK Fireball Alliance (UKFAll). By combining the footage with chemical analysis of the meteorite, the team calculated that Winchcombe was blasted off the surface of an asteroid near Jupiter and travelled to Earth within the last million years. Pre-atmospheric orbits—the journey of an object around the Sun before arriving on Earth—are known for less than 0.1 percent of meteorites in the worldwide collection, with Winchcombe providing the strongest link yet between carbonaceous meteorites and asteroids in the outer regions of the solar system.

Samples of the Winchcombe meteorite are currently on public display at the Natural History Museum, the Winchcombe Museum, and The Wilson (Art Gallery), Cheltenham.

Provided by
University of Western Ontario

Five Reasons The New 2023 Toyota Prius Is A Big Deal