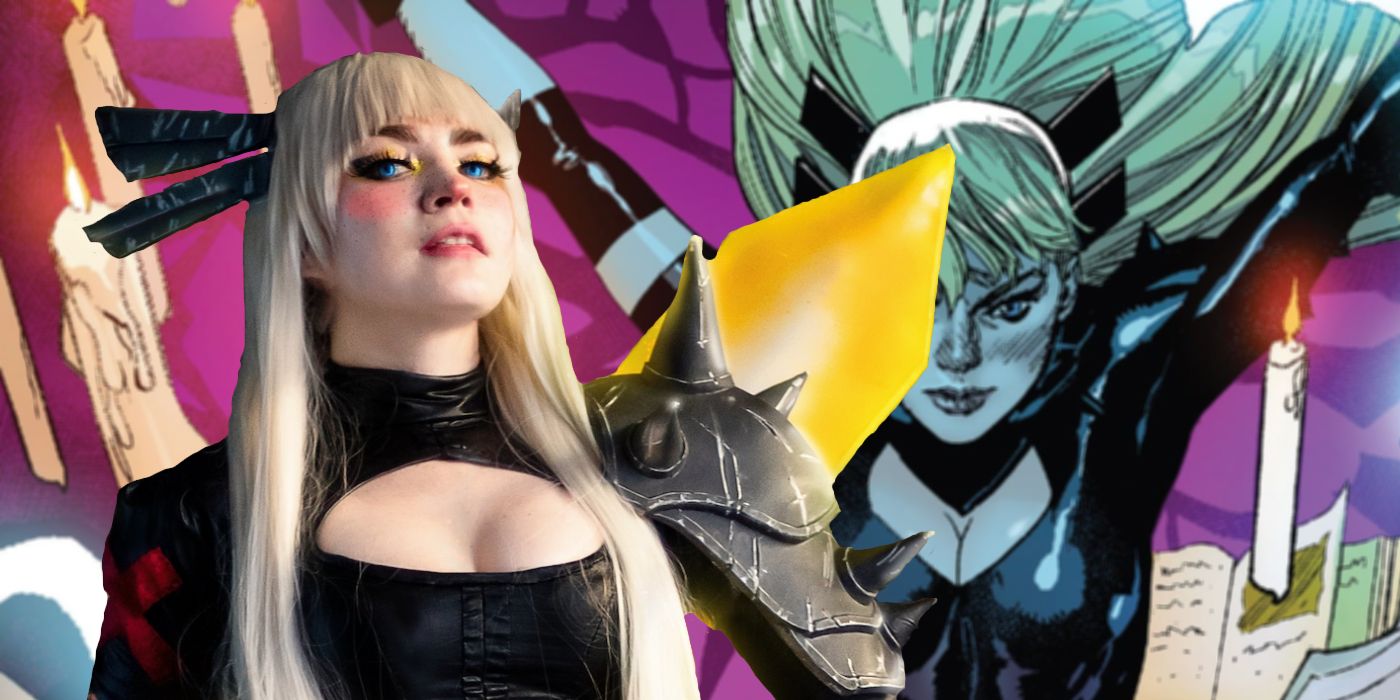 New Mutant‘s Magik, who is currently a member of Marvel’s new X-Men team, is brought to life in fiery cosplay by Twitter user Darkittie.Aensland.

Cosplayer Darkittie.Aensland posted the impeccable X-Men cosplay onto her Twitter account with the caption, “Half goddess, half Hell #Magik #Marvel #cosplay #mutantandproud.” Along with brandishing one of Magik’s most iconic looks, the outfit also features a glowing Soulsword.

Created by Len Wein and Dave Cockrum, Illyana Rasputina first appeared in 1975’s Giant-Size X-Men #1. While she was more commonly referred to as Colussus’ younger sister up until, Magik’s backstory was eventually explained in a 1983 limited series by Chris Claremont, John Buscema, Ron Frenz, Sal Buscema, Tom Palmer and Glynis Wein. The series follows the character as she becomes trapped in Limbo and becomes a powerful sorceress. While stuck in Limbo, Magik creates the Soulsword — an ultra-powerful weapon with magical powers she forged out of her own soul — before she eventually returns to Earth. Magik’s powers also include teleportation and sorcery, amongst other abilities.

Magik first joined the X-Men’s New Mutants team in 1984’s New Mutants #14. More recently, Magik was added to the X-Men’s new roster alongside Jean Grey, Cyclops, Synch, Havoc, Iceman, Firestar and Forge during the X-Men: Hellfire Gala (2022) #1 one-shot by Gerry Duggan, artists Kris Anka, Russell Dauterman, Matteo Lolli and CF Villa, color artists Rain Beredo, Frank Martin, Matt Milla and Matthew Wilson, letterer VC’s Cory Petit and designers Tom Muller and Jay Bowen. Since joining the team, Magik and the rest of the X-Men have been caught up in the Judgment Day crossover, which sees all of Earth’s inhabitants have to justify themselves after a Celestial arises and declares he’s here to “judge” the planet.

Magik is also about to become the unofficial leader of a new team, as well. Writer Ethan Sacks previously told CBR that Magik would serve as “the closest thing to a team leader” in Marvel’s new Midnight Suns series, which launches on Sept. 14. Accompanying Magik on the new Midnight Suns team are Wolverine, Blade, Kushala, Spirit Rider, Runaways’ Nico Minoru and Strange Academy‘s Zoe Laveau. Additionally, Magik is a member of the Great Captains of Krakoa (along with Bishop, Cyclops and Psylocke) and a teacher at Doctor Strange’s Strange Academy.