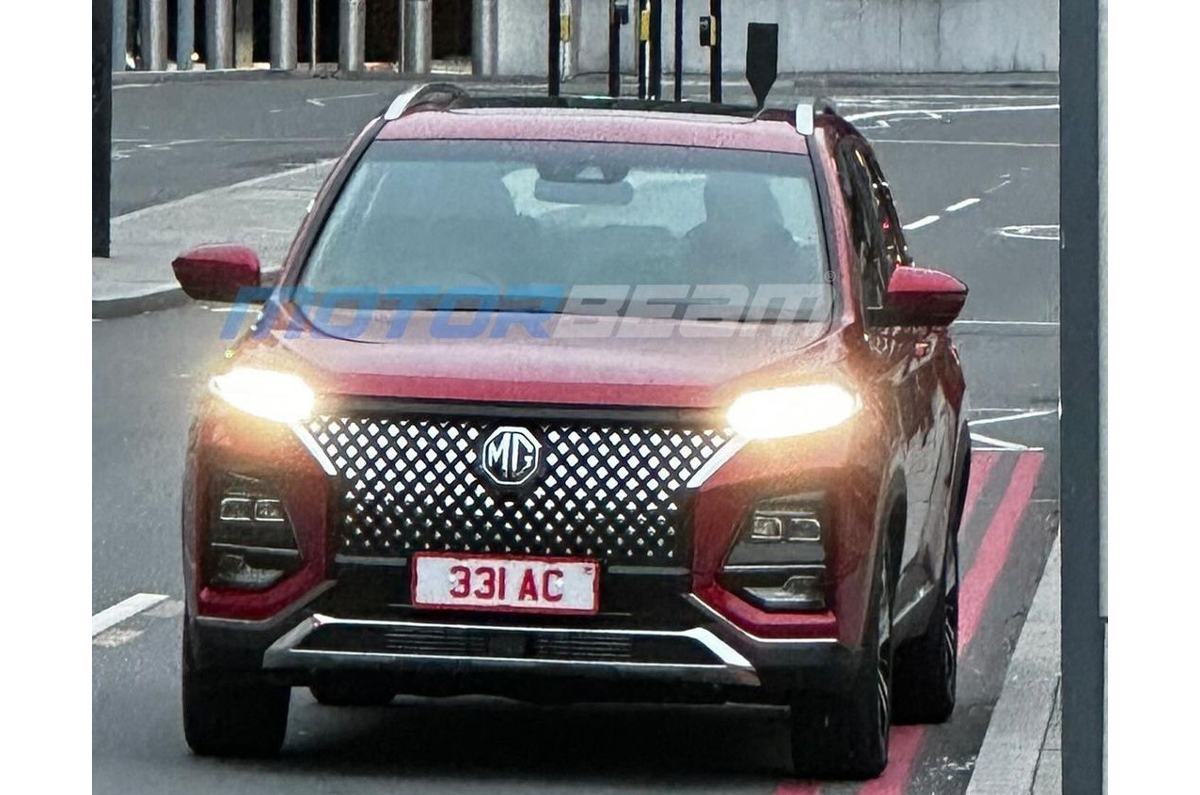 In addition to the refreshed exteriors, the MG Hector facelift will also get a revised dashboard and ADAS tech.

Ahead of its India launch, the MG Hector facelift has been spotted undisguised revealing the SUV’s front design. This is the second facelift for the SUV as MG had previously updated the Hector in 2021. In addition to cosmetic changes on the outside, the MG Hector will feature a revised dashboard, more features and ADAS tech.

MG Hector facelift: what does the image reveal?

The MG Hector facelift gets a completely revised front end that gets a large diamond-mesh grille with chrome surrounds running along its sides. It also gets more aggressive looking front bumpers and a triangular housing for the headlamp units, similiar to the Hector Plus.

Like before, the facelift continues to get slim Daytime Running Lamps (DRLs) positioned on the upper edge of the grille. MG has already begun testing the Hector facelift in India and the spy pictures suggest that it will continue to have the same alloy wheel design as the model that is currently on sale.

MG Hector facelift will get a 14-inch touchscreen

MG had officially released images for the Hector facelift’s interior, which revealed that it has received substantial changes. The dashboard design has been completely revised, and it now features a double-layered look with horizontally placed D-shaped AC vents.

However, what stands out inside is the new 14-inch touchscreen, which is the largest in the segment currently. It features Next-gen i-Smart technology by MG and gets wireless Apple CarPlay and Android Auto. Additionally, the Hector facelift also gets new graphics for the all-digital instrument cluster.

MG is unlikely to make any changes to the SUV’s powertrains, which means it is likely to continue with two 143hp, 1.5-litre turbo-petrol engines – one with mild hybrid technology – and a 170hp, 2.0-litre diesel unit.

MG will likely launch the Hector facelift early next year, and it will continue to rival the Mahindra XUV700 and the Tata Harrier.

The next big launch for MG in India would be the new Air compact EV. Expected to be launched in early 2023, it will be the smallest car in India – measuring just 2.9m in length – and is likely to be positioned as a premium intra-city runabout. For more details on the upcoming EV hatchback, click here.